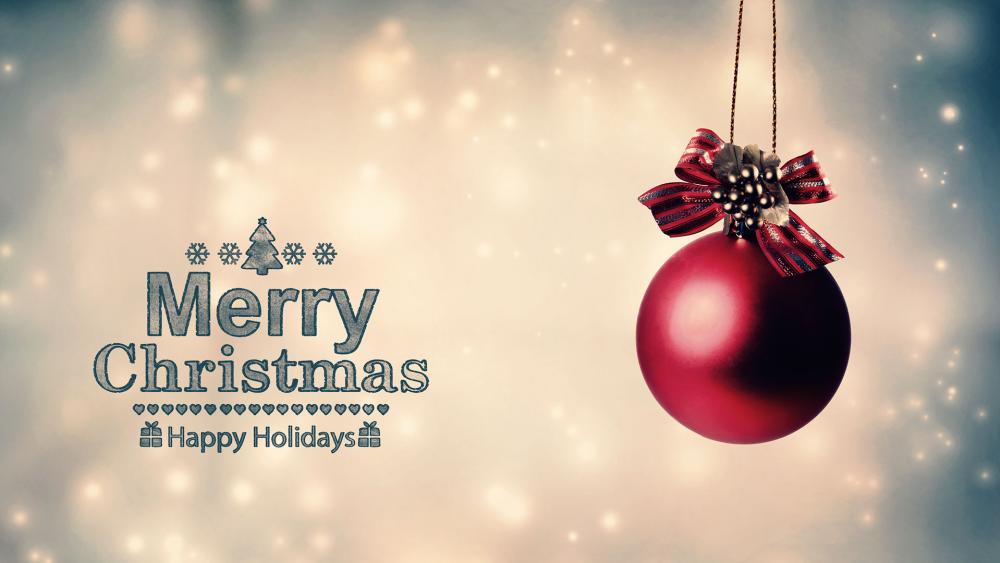 Merry Christmas or Happy Holidays? New polling shows Americans are pretty much split down the middle on which greeting is most appropriate this time of year.

"Half the country (is) saying we should... call it Christmas and say Merry Christmas and kind of hang on to the explicitly Christian part of the holiday, and half the country (is) saying 'Well, even if most of us are Christians, we should kind of have our rhetoric match the changing reality, out of respect for pluralism, out of respect. It's okay, we'll say happy holidays,'" said Robert Jones, CEO of Public Religious Research Institute.

His team also broke it down along political lines:

Nearly early 90 percent of Americans say they're celebrating Christmas this year, but not everyone sees it as a religious holiday.

And when you break it down along political divides? "Yeah, you know, Republicans are twice as likely as Democrats to say that the holiday is a very religious holiday for them," Jones said.

Jones explained the divides we see along greetings at Christmas time are reflective of the overall divides the nation is facing after a bitter election season.

That doesn't mean, however, that families are cancelling their plans to celebrate the season together.

"Very, very few Americans -- only 5 percent -- said they were actually changing their plans to avoid the uncle that they knew they would have a fight with," Jones told CBN News.

The word "holiday" is derived from "holy day" and the Christmas holiday marks the holy day when Christ was born.