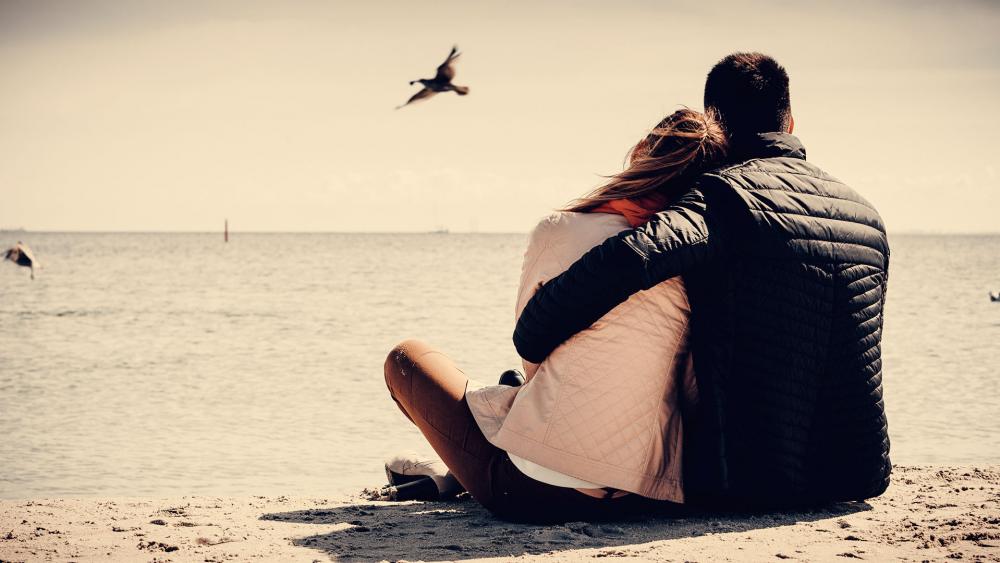 BEVERLY, Mass. -- Fewer Millennials go to church than any generation before them. And fewer are marrying.  Because of that lack of matrimony, for the first time in U.S. history, single adults now outnumber married ones.

"Marriage is becoming extinct. And our generation is leading the way," said Jennifer Murff of Millennials for Marriage at a speech to other young people concerned about this.

Why They Won't Wed

One reason many may never tie the knot is the number who have seen or lived through the trauma caused by divorce.

"They're concerned and hesitant to jump into a relationship because they don't want to see that same kind of pain and heartbreak in their own lives," Josh Craddock of Personhood U.S.A. told CBN News.

"25 percent of Millennials do not get married at all," Murff added. "They don't want to get married. They've said 'this is not for me.'"

Josh Hester of Beverly, Massachusetts is an exception, married at 22.

"I was not one of the statistics," said Hester, who believes along with Craddock that many Millennials feel they need to have their act totally together before committing.

Hester stated, "We live in a career-driven society these days and everything's about 'make more, be more.' A lot of my friends who aren't married, I feel for them they're just trying to achieve something before getting married."

CBN News spoke with Craddock at a conference where young people were training to fight for and promote marriage and families.

"This is the Plan that the Lord Wanted for Us"

One participant, Josefine Ferger of Victoria, British Columbia, said of marrying and having a family, "It's like absolutely the most important thing in this world."

Dallin Leota of New Zealand told CBN News, "I really feel that my life truly began when I got married. I was able to see a whole new perspective about life, about the value of life, especially when my son came along as well."

Leota added he's psyched about sharing, "The importance of family, the importance of marriage, between a man and a woman, and the importance of having our children, and raising them in the way that we know best, that God has given us. This is the plan that the Lord wanted for us to experience, and what He experiences as us being His children."

But it's hard to convince people of that plan if they don't regularly hear it or see it in action.

That's where church can make a difference. But there's a problem. While 51% of older Americans attend services weekly, just 28% of Millennials do, according to the Pew Research Center.

"I feel that a lot of Millennials who have grown up in church have seen a lot of the hypocrisy of the church, and I don't know if that's scared them or just put a bad taste in their mouth. And I think a lot of them are just fed up with it," stated Hester, who often leads worship at his church.

That could be because Millennials are often more accepting of gay marriage, premarital sex and even abortion... strict no-no's for many churchgoers.

"I know from my own experience with my own daughters, they accept what anyone does," said Debbie Weaver, another churchgoer in Beverly, Massachusetts.

Hester said of his fellow Millennials, "The way that they need to be reached, the way that they engage with culture and society isn't the way the older or other generations do it. And rather than reach a compromise, other generations just kind of ostracize them or tell them no they can't do that. And I feel like for a lot of Millennials, they just leave the church because of that. "

So what can churches do to reach a generation that will not at face value accept a church's values?  Hester's and Weaver's church, called Netcast, wrestles with that all the time. But it's jammed with Millennials, so it must be doing something right.

Some credit Netcast's unblushing openness about sin and other controversial topics.

"From the stage or in our music, we talk a lot about sin," Pastor Matt Chewning, a young Millennial himself, told CBN News. "And we talk about a lot of our own sin. Because we're sinners, saved by grace, through faith alone and through Christ alone."

"He actually tells us the things he did," Weaver explained. "So we're sitting and all the Millennials are sitting there saying 'Wow, I can be saved.  Because he did the same things I did.'"

"That rawness, that element of authenticity, really marks our generation," Chewning stated. "Therefore it ought to mark the churches that are trying to reach our generation."

"Not Trying to Be All Prim and Proper"

"He says stuff that probably 50 percent of the time he shouldn't say," Hester said with a laugh. "But I think people love that. There are no apologies, no regrets.  He says wild things and it's like having a conversation with somebody where you're not trying to be all prim and proper."

Chewning said of many churches and Millennials, "One of the things that's just been hard for them is to engage the church in such a way that allows them to be truly who they are. Because they haven't seen the church be a place that is accepting of that."

Hester added, "We like to say, 'it's okay to not be okay; it's just not okay to stay there.' And so we like to provide an atmosphere where 'hey, you can come in whether you're broken or you're dealing with stuff the upper 'c' church would generally look and say 'no, you're not allowed to be a part of that.'  We look at a lot of that stuff and say 'There's a place for you here. Get into community. Let's love on you.' And we create an atmosphere, I feel, that reaches a lot of those people."

When it comes to talking about issues like sex, gay marriage and abortion, Netcast shows no fear.

But he said the key is always putting Jesus first.

"The baseline in all of that for us is we are all called as human beings to submit our lives unto the authority of Jesus Christ and the Word He has proclaimed to us through the Scriptures," Chewning said.

No debate goes on without considering Christ and what He declares.

"When you do that it just makes the argument a little less ferocious," the youthful pastor explained. "And so we don't start with homosexuality. We don't start with abortion.  We start with Jesus. And if we can get Jesus right, then these other things will begin to fall into place. These other things will begin to fall into a category that we can have healthy dialogue and healthy discussion, because we're all in submission to Christ and who He is. If we start there, everything else becomes secondary. So we want to start there with Jesus."

Out to Reach a Million People

Netcast also has an enormous mission, and Chewning insisted Millennials love a cause and vision that's huge and meaningful. Like reaching the million people living around them in the Beverly/Salem/Manchester By the Sea area northeast of Boston.

"In the next 32 years for us, we want to plant about a hundred different churches and mobilize about a hundred thousand people," Chewning said, insisting Millennials are ready to sign up for a cause like that.

But is this seemingly unchurched generation ready to serve God, ready to have faith?

The middle-aged Weaver, mother of Millennials, thinks so.

"Because of the world that we live in today, I think more and more the Millennials are searching for their own meaning of why they're here, their meaning of life," she said. "And Matt opens that up wide for them."

Chewning said if you'll speak to them in their language, they're anxious to hear.

"They want answers," he stated.

And just because the Millennials don't believe everything exactly like their parents do, doesn't mean their hunger for God isn't just as real.