Six-Year-Old Asks for Gospel Preached at His Birthday Party -- Then This Happened... 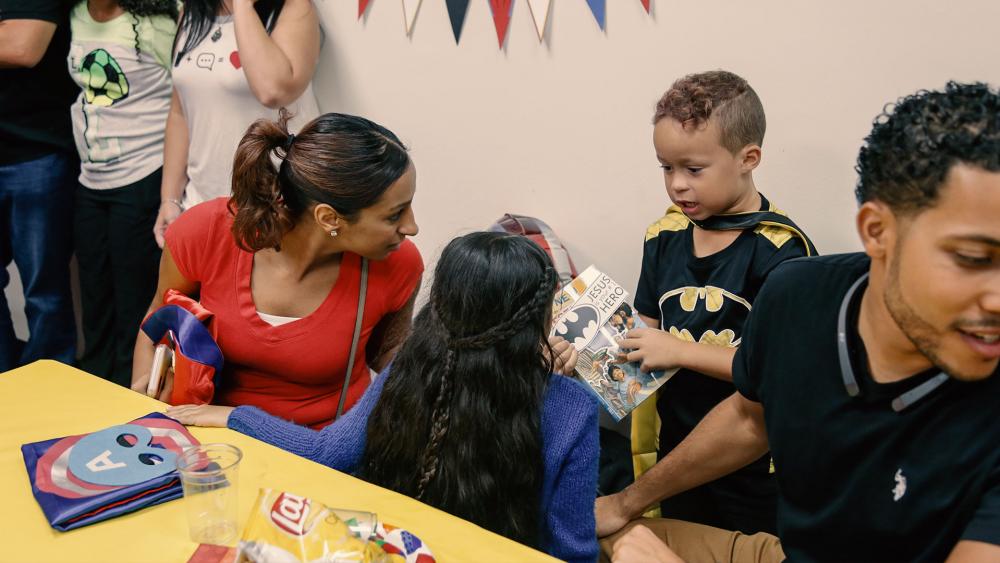 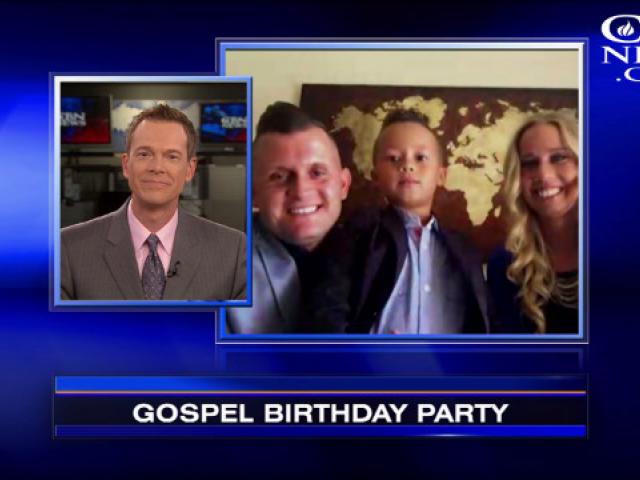 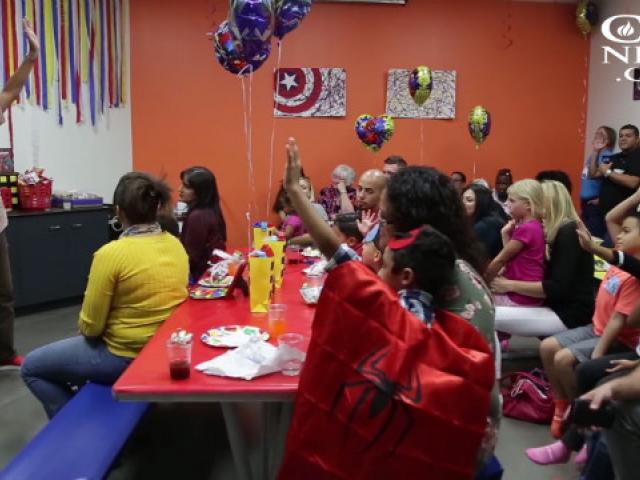 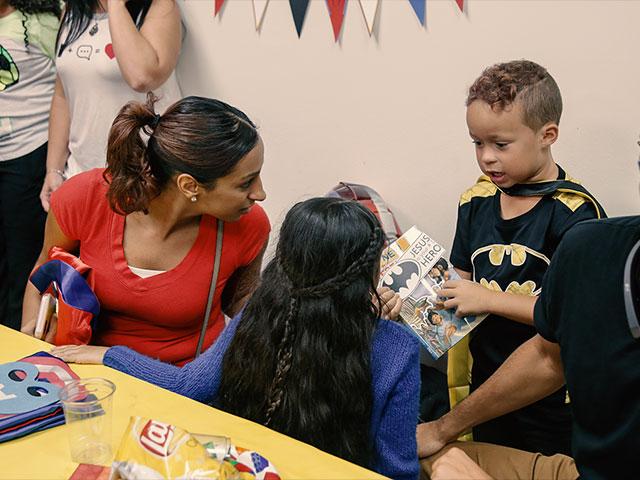 A Six-year-old with a Big Heart for Souls

A six-year-old Orlando, Florida, boy amazed his parents when he told them he not only wanted a superhero birthday party, but he also wanted the Gospel preached at his party so his friends would accept Jesus Christ as their Lord and Savior.

Jacoby Enge and his parents, Rob and Megan, spoke with CBN News about Jacoby's wish.

CBN News spoke with six-year-old Jacoby Enge, and his parents, Rob and Megan, about Jacoby's desire to have the Gospel preached at his birthday party. Watch the interview above.

Megan said her son first mentioned the idea on the way home from daycare. She said Jacoby wanted to invite Peter Vandenberg, vice president of Christ For All Nations, to his party. That's the ministry founded by evangelist Reinhard Bonnke and where Jacoby's Dad works.

"So I thought to myself, 'Okay, why do you want to invite him?' And he so nonchalantly responded and said, 'Because I want him to preach the Gospel at my birthday party,'" Megan explained.

"And I said, 'Oh, okay. Well, why do you want him to do that?'" she continued. "And Jacoby responded that he wanted all of his friends that didn't know Jesus to come into his kingdom and know him the way that Jacoby knows him and that he wanted him [Vandenberg] to obviously cut his birthday cake, too. So, he had it all planned out, and he was really excited."

Jacoby and his mom and dad, Rob and Megan, at his sixth birthday party

"I wanted Peter Vandenberg to tell all the people that don't know Jesus, and I just really wanted to do that," Jacoby told CBN News.

Jacoby's birthday wish was granted as Vandenberg agreed to share the Gospel at the party, and his dad, Rob, said more than 15 children and adults accepted Christ.

"I really felt that his request was so much more than just the Gospel being preached at his party, but it was a sign of the great things to come and how the Lord has marked Jacoby as such a time as this to be a leader of his generation," Rob shared.

"And we just felt that when the Gospel was preached that the Lord would use this opportunity to mark other five, six, seven-year-olds all dressed up in their super hero masks and capes... to be leaders of their generations as well," he continued.

Jacoby also gave New Testament Bibles to his friends at the birthday party.

In addition to having the Gospel shared at his party, Jacoby, who attends a public school, gave his friends children's New Testament Bibles. The six-year-old signed them and wrote his friends' names in them, along with the date. A tag that reads, "Jesus is your #1 Hero," was wrapped around each Bible.

"It's just been such an encouragement to not despise the youth, as it says in 1 Timothy 4:12; it says, 'Don't let anyone look down on you because you are young, but to set an example for the believers in speech, in conduct, in love, in faith, and in purity,'" Megan said.

"And just making sure that you're depositing those things into your children and just doing it in faith," she added.

Rob believes Jacoby's faith is a lesson to everyone.

"He really encourages me each and every single day," he explained. "In the scripture we read several accounts where Jesus talks about children and having childlike faith. And this situation with his birthday party really spoke to that, and it challenged me."

"So when Jacoby asked this... it challenged me as a father; it challenged us as a family," he continued. "And I think sometimes the Lord loves throwing those little things into our lives – not religion, but sincere, genuine relationship – to never lose focus on what really matters most, and that's souls. The very reason that we're here is for souls."