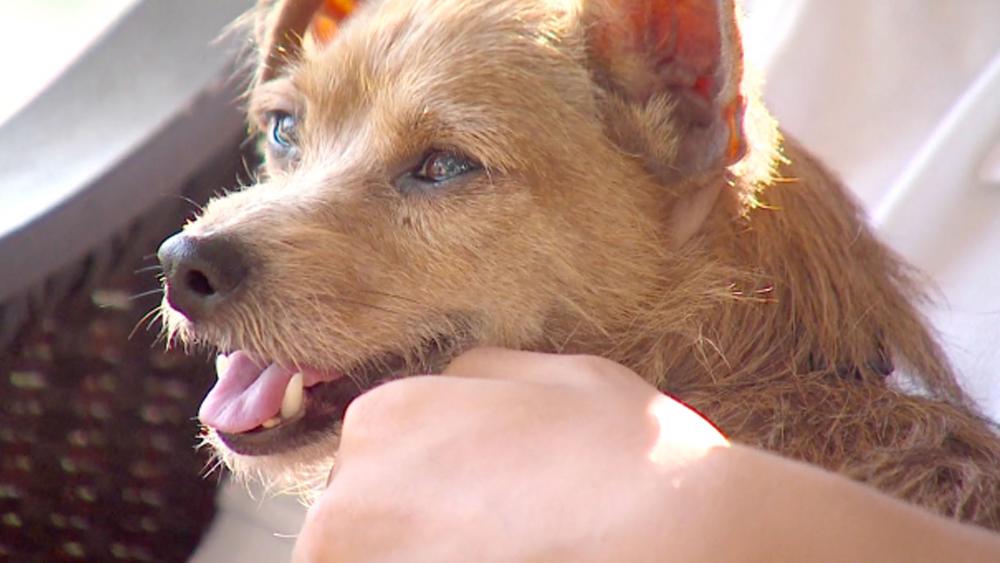 After being missing for seven years, a Texas family's dog returns home.

Corky, an 8-year-old terrier mix, got loose from his outdoor kennel in his owner's backyard in 2009.

"We searched for him for six months," Jimmy Montez, Corkey's owner, told ABC News. "We put up fliers, asked local businesses if they'd seen him and even went door-to-door to our neighbors."

"But we never found him," Montez said, "so we assumed the worst."

Nearly seven years later, on July 23, a good Samaritan found Corky on a busy street in Forth Worth, Texas.

He was not alone. Corky made a friend with a one-eyed dog during his time away from home.

Philip Gonzalez, director of development and communications at the Humane Society of North Texas said the two seemed to be "very bonded together."

The Humane Society staff found a microchip in Corky and were able to locate the Montez family.

In the Corky's seven year adventure, the Montez family had moved 30 miles away from Forth Worth to Boyd, Texas.

"If the dog could talk, we could only imagine the stories he'd tell," said Montez.

The Montez family saw how close Corky and Captain were and decided to adopt Captain into their family. It is "so obvious they're best friends," says Montez, "whatever they're doing, it's always together."

"It's actually pretty adorable," he added. "It looks like Corky really took care of Captain when they were out in the streets. He always lets Captain eat first, and he'll even stand guard to make sure none of our other dogs bother him."

He says the "family is now complete" and that "it's a full house, but I wouldn't have it any other way."