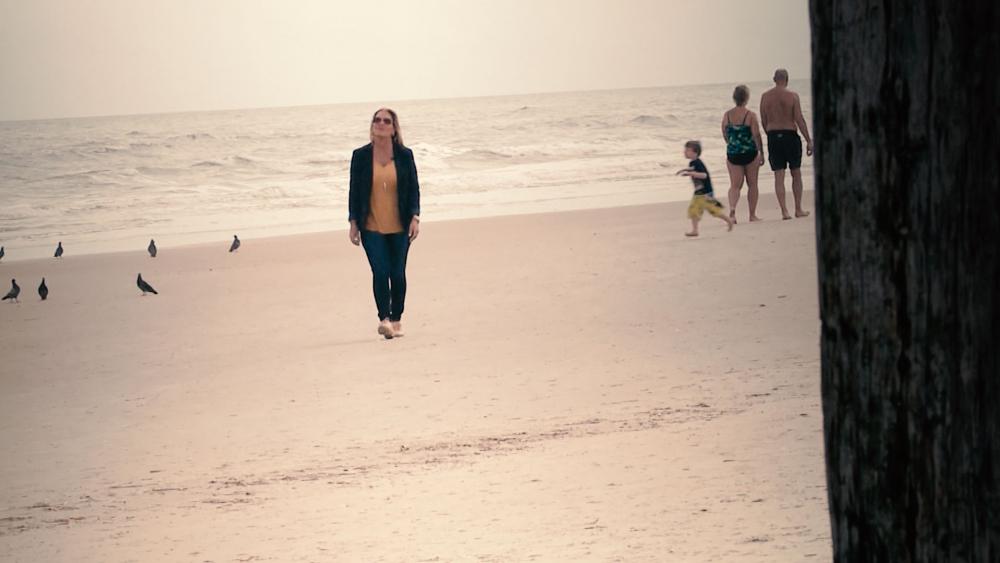 DAYTONA BEACH, Fla. -- When the women living in Dawn Knighton's Florida beachside house wake up, they are greeted by artwork with encouraging Bible verses, like the popular passage from Psalm 139. It affirms how humanity is "fearfully and wonderfully made."

The bright, flowery wall art is a far cry from the lifeless steel bars and stark bare walls they used to see when the only home they knew was a prison cell.

Read an excerpt of Radical Restoration: The Dawn Knighton Story.

Like clockwork, Knighton's housemates start their day with a mandatory three to five mile run along the beach. They're also required to meet daily for prayer, Bible study, and accountability.

Per house rules, the women are prohibited from pursuing romantic relationships unless they are married.

The rules are rigid but deemed a necessity to transition successfully to living outside of prison.

"We need places that will give us a second chance," said Susan Dascanio, an ex-felon and one of Knighton's housemates. "We're not bad people. We've made bad choices."

For recently released inmates, second chances are hardly a part of their lexicon.

"While you're in prison and behind those bars, all they tell you is that you're never going to make it. You're a convicted felon," said Alexis Nurell, another housemate who joined Knighton's program after serving a 10-year second degree murder sentence.

Statistically, it's true. About 600,000 inmates are released annually, and two-thirds wind up being re-arrested.

While women commit fewer and less violent crimes than men, the challenges they face when they return to society are often the same - like trying to find housing, employment, and a system of support.

Knighton, a Christian counselor and an ordained minister, opened up her small three-bedroom home to provide women all of those things and to help them become productive members of society.

She founded Radical Restoration Ministries in 2008, a faith-based non-profit whose mission is to help rehabilitate women coming out of prison.

For Knighton that mission hits particularly close to home.

"I deserve to be doing life in prison, and only by the grace of God did he have another plan for my life," she explained.

Her life of crime began early on, using and selling drugs. She also eventually sold her body to feed an addiction to crack cocaine.

"Before I knew it, I was homeless and living a life doing things I never dreamed I would do - having absolutely no morals and doing everything I could just to survive," she told CBN News.

Kathy Tolleson recalls seeing Knighton in her neighborhood years ago. It was in front of her home where Knighton used to walk the streets in pursuit of men looking to pay for sex.

"That was really my first encounter with Dawn," Tolleson recounted. "I didn't know Dawn personally, but I know I was praying for Dawn and a number of others like her."

Tolleson didn't just pray. She also posted signs that read "No Prostitution Zone" on telephone poles and found other methods to discourage prostitutes from picking up customers in front of her family home.

"I would get on the bullhorn and say, 'This is a no prostitution zone. The police will be called. Remove yourself from the area,'" she explained.

At the time, Knighton wasn't aware of those prayers. All she knew was that the lady with the bullhorn was hurting business.

"I [was] standing out there with a glock in my pants," Knighton recalled, acknowledging their lack of fondness for one another as they repeatedly went back and forth.

Raped, battered, and abused by some of the same men who paid her for sex, Knighton lost her desire to live. But not before her nearly 50 felony convictions finally caught up with her.

She faced up to 15 years in prison after her last arrest.

A New Dawn -- Prison to Pastor

The night she was taken in, she was placed in maximum security and confined in an eight-by-ten prison cell with only a Bible.

That was when she decided to recommit to her Christian faith from which she had walked away and ask for help.

"I said, 'God, if you're really who you say you are and you can set me free, if you'll set me free, I'll spend the rest of my life telling people what you've done in my life.' And he did!" she explained.

It was the beginning of a radical change that sparked what she describes as a vision from God to open houses for women coming out of prison with nowhere to go.

Knighton began to counsel and pray with other female inmates. She also completed her first year of Bible college while in prison.

She was released after serving only a year and a half and credits her early exit to the "grace of God."

She then moved in with her mother, worked as a barber, and continued her education at Covenant Bible College and Seminary. In 2013, she earned a doctorate in theology.

Knighton sees her release and new life as nothing short of a miracle. They also serve as reminders of her promise to return to prisons to show other inmates there's hope.

"I had never really seen anyone who had come out of my lifestyle - who had made it. And I told the Lord, I said, 'I want to be the one to do it,'" she recalled.

Knighton's changed life has given her access within the Florida Department of Corrections to minister to women in the very same prison where she once served time.

Her ministry has since partnered with others like Pastor Sheryl Brady and the Texas Offenders Reentry Initiative (TORI), a ministry of the Potter's House in Dallas, Texas.

'You're the Lady on the Corner!'

Perhaps the most surprising partnership is one she developed at a Christian conference a few years after being released from prison.

It was at that conference when she bumped into an unsuspecting acquaintance from her past.

"Never did I dream in a million years that . . . five years later, I'd be at a conference and here comes this little lady that I once knew with the bullhorn," Knighton echoed.

They now attend the same church along with the women enrolled in Knighton's program. Every week, they pile into Knighton's car and worship at the church located around the corner from the house where she used to walk the streets - a reminder of her changed life.

She and her housemates view Tolleson as a "spiritual mom."

"To bring us full circle to be able to minister together has been amazing," Knighton reflected.

The two also preach together and pray for women on death row, which they affectionately renamed "life row."

Radical Restoration Ministries' rigorous discipleship program has a 98 percent success rate and a year-long waiting list. The women who have completed the program believe they are forever changed.

Belinda Kitchens, who recently left Florida to work with Heidi Baker's Christian missions group to help children in Mozambique, credits both God and Knighton for her new identity.

"I'm so thankful that [God] took somebody like me and like us, all of us, and turned all of our ugliness and he made it all beautiful," Kitchens said.

Knighton is now taking her message into men's prisons and planning to open discipleship homes for them, too.

But her passion remains the same: to see a radical change in what she calls the "prison nation."

"I had a lot of people tell me, 'Oh, this is jailhouse religion. And when you leave, you're going to lose it!'" Knighton said. "It's been nine years, and I'm more on fire and more zealous today than I've ever been. And I refuse to hear that. I'm going to live for Jesus, and I'm going to stay on fire. I want to see revival in the prison."