Rain or Shine, Worship Wagon Rolls in Church to the Homeless 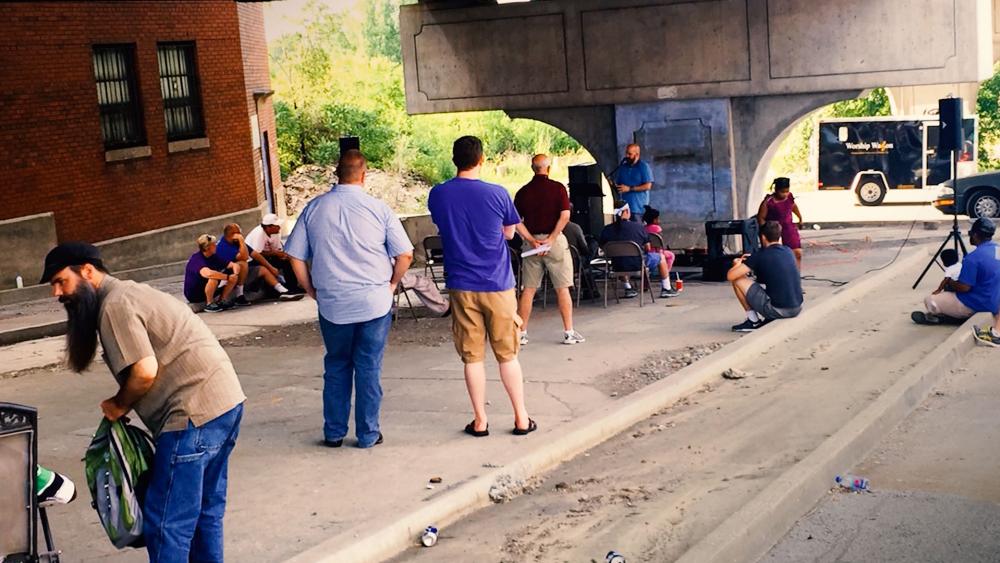 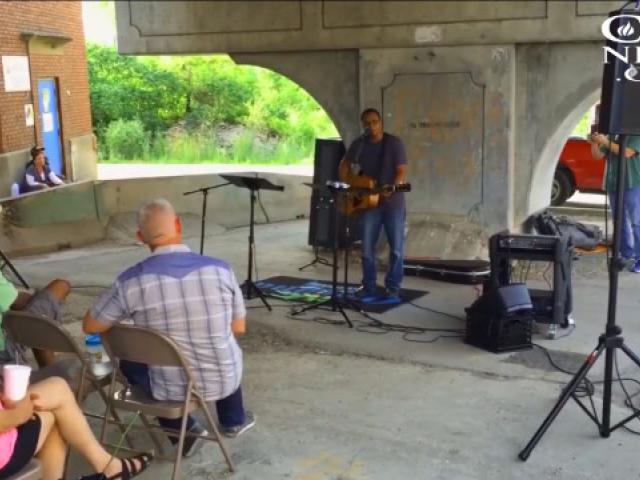 Rain or Shine, Worship Wagon Rolls in Church to the Homeless

KANSAS CITY, Mo. -- Songs of praise fill the air under a bridge near downtown Kansas City in an effort to reach the city's most unreached people.

"Worship Wagon" serves the city's poor and homeless. Those who attend the church on wheels participate in a weekly, non-denominational service each Monday night and are encouraged to come just as they are.

Bruce McGregor and Joe Ratterman came up with the idea for Worship Wagon.

"It's really funny cause we'll set up sometimes about 5:30 in the evening and no one will be here and then we'll get the music going and you'll see people just drifting out of the woods, which is behind us, along with the Missouri River where about 100 people live. A hundred homeless people live there year round and those are our parishioners," McGregor said.

"My wife and I were working with the homeless about 12 years now and tried really hard in a few different ways to think about taking people out of the street and into a world in which we feel more comfortable," Ratterman told CBN News. "And we learned some lessons that way that maybe that's not always the best way to bring God's word to the people and so...church onto the street instead."

Each week, volunteers from local churches fill the wagon with equipment that will be needed for the service.

"We just have a simple, single axle trailer but in that trailer we have packed it out," McGregor explained. "We have a really professional grade sound system that's very compact and we can wheel it out and get it set up very quickly. We have a quiet generator, you can't even hear it, powers the whole sound system, so we can have a complete band here, playing worship music with just that system."

"And then also in the trailer we've got a ton of chairs and during the winter we put a commercial grade heater, runs off diesel electricity," he continued. "I mean it looks like a satellite installation, it's so big, I mean it heats up this whole area under the bridge so some guys will come just to get warm and then they hear the gospel and so it's fun to see how that happens."

And the Worship Wagon keeps rolling, rain or shine. Ratterman said they've only missed one service due to bad weather.

"We've been down here when it was in the teens, howling north winds and we're all shivering in our caps and gloves," he said. "And we've been out here (when) it's been a hundred degrees and there's been thunderstorms rolling around as well, rain."

"We've been blessed by the amazing location that covers us and so as long as there's not a tornado right on top of us or ice on the street I think we have license to come down here and set up shop," Ratterman said.

Volunteer Melvin Cole said he often sees an extraordinary reaction from those in the audience during worship.

"Some of the people will just get up and high-five you right in the middle of the song and dance around, I dance with them," Cole said. "You really want the people to feel connected and that we all are worshipping God together."

Beverly Cole also worships with Worship Wagon. She said her life is one that has been transformed by the message of the Gospel, a message that she now shares with others.

"I was a drug addict for many, many years you know, and I know God changed me from the inside out so I know if he could change me he can change anybody," she told CBN News.

Meanwhile, Worship Wagon plans to continue bringing church to the down and out, in need of hope and healing.

"God works with us where we're at and I think that's the biggest story here about Worship Wagon is bringing God and being his eyes and ears, hands and feet where the people are at instead of thinking you can bring the people to where you're at," Ratterman explained