This Network Is Helping Military Spouses Say 'We Can Do It' 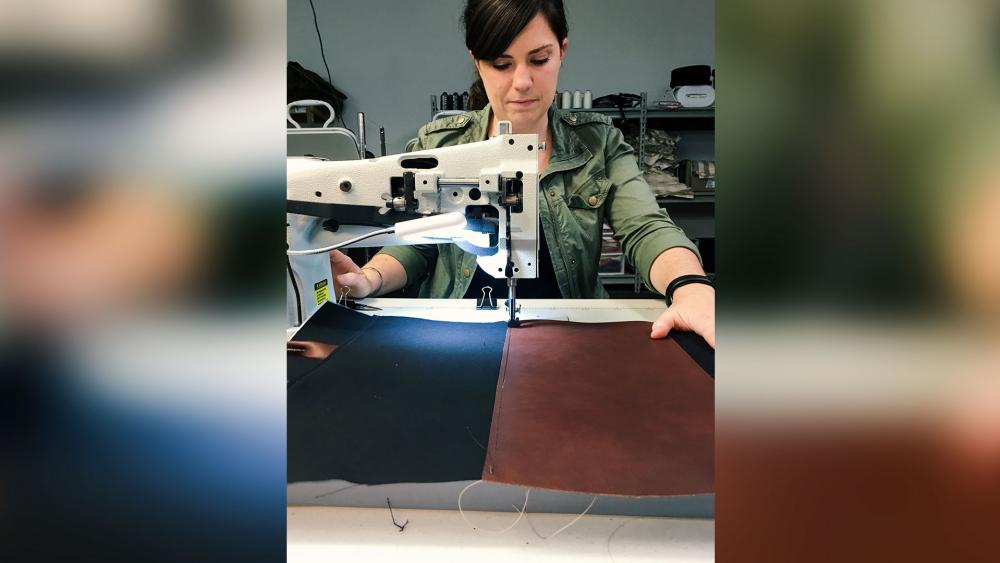 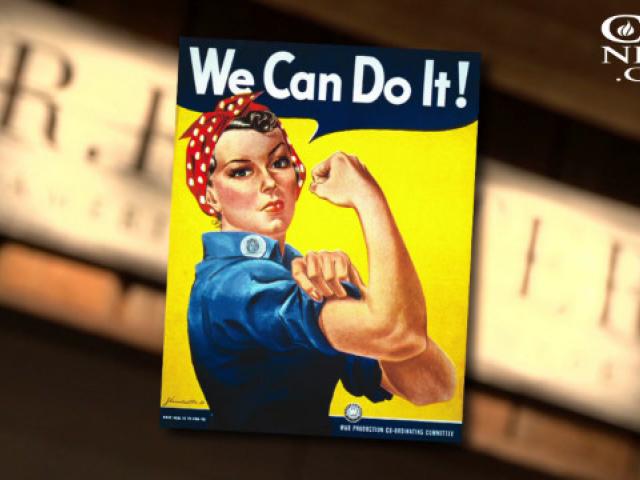 This Network Is Helping Military Spouses Say 'We Can Do It'

SOUTHERN PINES, N.C. -- Military families experience the emotional trauma of deployment on an unprecedented level. Families are broken up for months at a time and spouses are left to be mom, dad, chauffer, nanny and handyman all in one.

Even for spouses who have been through deployment several times, the time apart can take a heavy toll on the spouse at home.

Inspired by World War II's famous "Rosie the Riveter," R. Riveter has created a support network for military spouses while giving them the opportunity to build a career at the same time.

"(Rosie the Riveter) just really embodied everything about military spouses...standing up for a woman's right to work, and empowerment," explained Cameron Cruse, co-founder and COO of R. Riveter. "Those women during the Second World War... they said, 'I'm going to do this. Not just for myself and my family but for the country and do this for the greater good.'"

As military spouses, it is a charge that Cruse and her business partner Lisa Bradley understand all too well.

"I know when I was moving around as frequently as you do in the military I felt that I was losing my identity," Bradley, R. Riveter co-founder, said.

"You know my husband had this really awesome job. He's jumping out of airplanes and doing all these really neat things that are really helping his country. And a lot of times I felt like the best thing I got done in the day was the laundry," she added.

Deployment puts an added strain on marriages, and wives or husbands often grapple with depression and anxiety when their spouse is overseas.

"Deployment is a very interesting animal," Cruse said. "You have the first phase where you are like in total depression and shock and you don't know what just happened and you kind of don't want to get out of bed in the morning, but you've got to keep going."

Cruse explained that in Phase 2 spouses start to find a routine and find other ways to occupy their time.

By Phase 3 spouses tend to be completely comfortable on their own.

"You're used to having the whole bed to yourself," Cruse remarked.

However, Phase 4 is mixed with emotions. A soldier is welcomed home with joy but apprehension lingers for the spouse as they re-adjust to their loved one's return.

R. Riveter liaison Jennifer Bender and her husband lived in different places of the world during the first five years of their marriage.

"When they're deployed you become the head of the household and you have to take care of everything," Bender said. "I was the only person to take care of three kids, I was in charge of cleaning the house, doing the laundry, and yard work so it was tough."

Bags on a Mission

On top of deployment military spouses have to deal with the added stress of moving their families every two to three years.

It was a problem that Cruse and Bradley knew affected other women and it helped plant the idea of starting R. Riveter.

"The first thing we did was decide the why," Bradley said. "We asked ourselves what is most important about what our company is going to do and it was helping military spouses."

The goal was to create a flexible network for military spouses and give them the opportunity to work and earn an income--no matter where the military takes them.

The Riveters use their sewing skills to craft the parts and pieces of handbags, which are made from upcycled military parachutes, coats and uniforms.

Essentially, a tent that kept a solider warm and dry now serves a different purpose in supporting the military.

"We want to take our part in our country and be a part of the American economy and still be able to have those opportunities," Bradley said.

For the business duo, that opportunity eventually led them to ABC's "The Shark Tank" and while they've enjoyed unimaginable success, the heart of the mission has not changed.

"I think military spouses are so important to support because they're the ones that are behind our service members that are doing so much and they are really our unsung heroes. They're at home worrying about their spouse and they do so much for our country that we don't even realize," Bradley added.

"It's the best work environment that I've ever worked in," she said. "I think for the first month I cried on the way to work every single day because I just love it so much."

Riveter store manager Brittany McNeal remembers when she said "I do" and married into the military.

"Coming into the military community really scared me and I wasn't really aware of all of the ups and downs," she said. "I feel like R. Riveter has been that saving grace for me."

Laura Vian says this network helps support one another in good times and bad.

"These women in this community has just been there for me, they've been my best friends and I couldn't ask for a better job," she said.

It's a community that is finding a reason to smile--despite the hardship, sacrifices, and challenges they've faced.

"Think about military spouses and what they're doing at home," Bradley said. "They're the ones that although they aren't wearing the uniform, they're still serving their country."