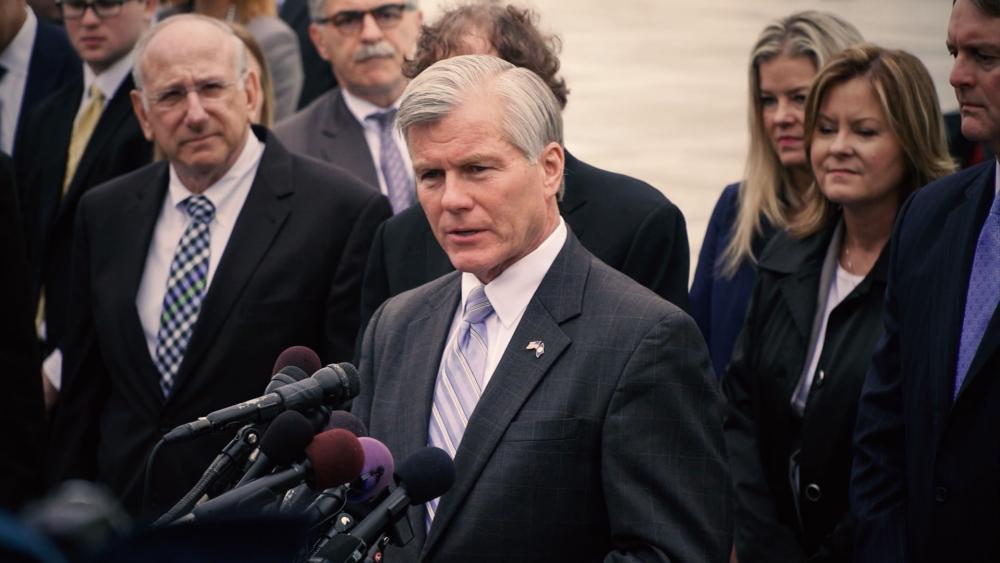 Will federal prosecutors try to retry McDonnell? Jay Sekulow, chief counsel for the The American Center for Law and Justice, addressed that question and more on The 700 Club. Click play to watch.

Also, the ACLJ's Matthew Clark explains to CBN News why the Supreme Court's decision sends a "very clear message" to the Justice Department. Watch above.

McDonnell, who has maintained his innocence all along, expressed his gratitude at the court's ruling.

"Over this past 40 months, God strengthened and comforted me through the love and many support of friends, family, and even strangers, through his abundant, miraculous and amazing grace, and through the eternal truths of His holy word," he wrote.

The big question before the Supreme Court was what counts as an "official act" for a public official. The government defined it as nearly any action taken, however, the court ruled the definition should be much more narrow.

In the opinion, Chief Justice John Roberts wrote that the actions McDonnell was convicted on -- setting up a meeting, talking to another public official and organizing an event --  don't fit the definition.

"Our concern is not with tawdry tales of Ferraris, Rolexes, and ball gowns. It is instead with the broader legal implications of the government's boundless interpretation of the federal bribery statute. A more limited interpretation of the term "official act" leaves ample room for prosecuting corruption," he wrote.

The former governor, who was facing federal prison time, still faces possible legal action. The high court remanded the case back to the 4th Circuit which must now compare the facts of the case to the court's new definition of "official act" to see if there are any possible violations.

This has been a 40-month ordeal for the McDonnell family. The former governor's conviction had implications for public officials in all levels of government and concerned officials on both sides of the aisle.

Dozens of former White House attorneys who worked for both Republican and Democratic presidents filed friend of the court briefs on McDonnell's behalf.

"I thank the many friends and relatives who steadfastly supported my family and me through this time of great uncertainty," McDonnell said.

"Countless people have called, emailed, texted, and came to see me to lend a wise piece of advice, a message of hope, a heartfelt prayer, or a hug," he continued. "These multiple acts of kindness have become the new tapestry of my life, and have given me a vivid and indelible example of Jesus' admonition to live by the Golden Rule."