'It's Still Such a Shock': Matt and Laurie Crouch on the Passing of His Mother

The youngest son and daughter-in-law of Jan Crouch spoke with CBN News Monday about the life and legacy of the co-founder of the Trinity Broadcasting Network.

The woman known worldwide as "Momma Jan" died last Tuesday after suffering a massive stroke the week before.

"The passing of my mom -- this is the first time we've talked about it, so it's just still such a shock," Matt Crouch told CBN News. "She was tenacious, not only in her faith, but her gregarious way that she loved, cared and protected; she was a protector of TBN, the vision that God called my parents to."

"My mom and dad heard the voice of the Lord to begin TBN, and they heard it simultaneously, and she fought for that," Matt continued. "My dad was the businessman; she was kind of the passion behind everything."

"Ultimately, her legacy and what I remember most about her is her willingness to protect and fight for the 24-hour-a-day networks of TBN around the world," Matt shared.

"I don't think there would be a TBN without Jan," Laurie Crouch, Matt's wife, told CBN News.

Jan Crouch and her husband, the late Paul Crouch, founded TBN in 1973. It is the largest religious network in the world. Jan produced programs for the network, including the flagship show, Praise the Lord.

And when the cameras weren't rolling, what was Jan like?

"Kind of nutty," Matt said with a smile. "What I appreciated mostly about my mom is that she was able to use self-deprecation. We were in an interview one time, and her and I were on camera, and I literally reached up and tore one of her eyelashes off, put it on the desk and smashed it, and she just sat there and laughed."

"So she never took herself serious(ly)... and loved life passionately and loved the ministry of TBN passionately," Matt reflected.

"She taught us both how to walk by faith," Laurie said. "She was gregarious in her look; she was full of life. We called her the Disneyland grandma. But she was always a cheerleader for anybody who was down and out. She told everyone that Jesus loved them. She made sure that people knew that Jesus loved them."

"Those precious memories of her -- they'll live on," Laurie continued. "How many stories have you guys heard right here at CBN of the changed lives around the world. People knowing that Jesus loves them can rock somebody's world." 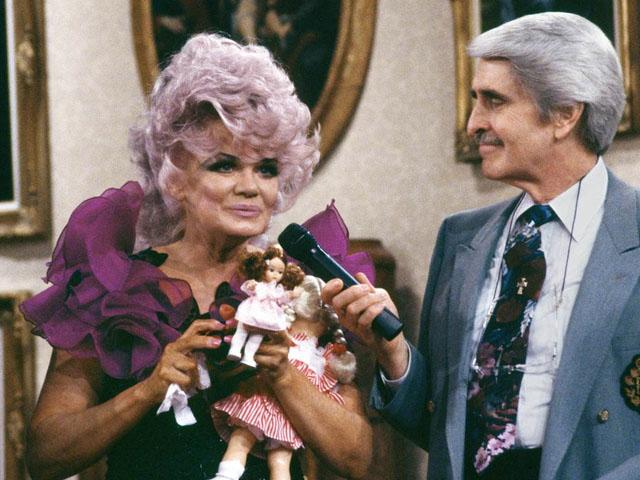