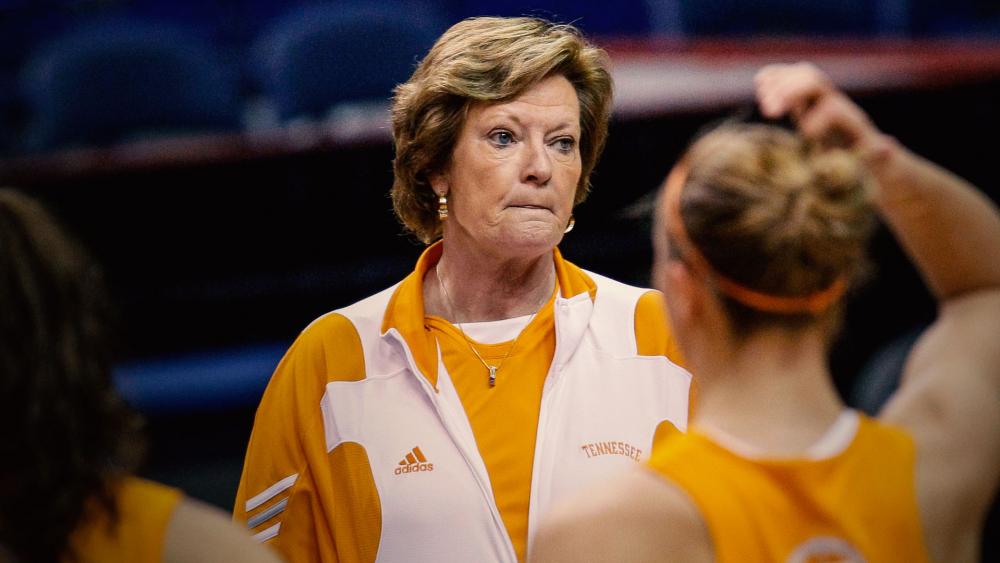 Pat Summit, the winningest Division-1 coach in the history of college basketball died at age 64 on Tuesday, June 28.

Summitt once said, "You win life with people," and that's exactly what she did, over and over again throughout her storied career, as she led one team after another to victory.

But it was her diagnosis with early onset Alzheimer's Disease five years ago that turned out to be the toughest opponent she ever faced.

The Pat Summitt Foundation released a statement saying: "This disease attacked a lifetime of precious memories, memories that she has now won back as she rests in her eternal home."

Summitt was the coach at the University of Tennessee for 38 years, winning eight national titles and 1,098 games.

Her team, the Lady Volunteers, appeared 31 consecutive times in the NCAA Tournament.

At the inception of her coaching career in 1978, women's basketball was hardly recognized by the NCAA.

Over the years, there were 161 of her own student-athletes that she impacted, coached, and led to victory.

"We have lost a legend," said NCAA President Mark Emmert in an interview with CNN Tuesday.

"Pat Summitt's courage and tenacity on and off the court should be commended and emulated," he said. "Her commitment to excellence and developing young people leaves a powerful imprint on college basketball, higher education, and all individuals who have sought to excel in sports and life."

She was not only a basketball coach, she was an inspiration to her team to pursue life and to meet their goals.

The University of Tennessee released a statement saying, "Pat was so much more than a Hall of Fame coach; she was a mother, mentor, leader, friend, humanitarian and inspiration to so many."

"Her legacy will live on through the countless people she touched throughout her career," the school stated.

In 2012 she received the Arthur Ashe Courage Award at ESPN's ESPY Awards and a Presidential Medal of Freedom from President Barack Obama. With her phenomenal winning record, she was inducted into the Basketball Hall of Fame in 2000.

Various players and supporters have tweeted in remembrance of Summitt's legacy today.

So very sad today. I love my coach. Pat will always live as a part of my soul. #PatSummitt pic.twitter.com/K1N3c2Dh2V

I honestly can't find the words... But all I know is this: I love my coach! A phenomenal woman indeed!#PrayForPat #PatSummitt

The @SEC mourns the loss of Pat Summitt. A true champion in every sense of the word.

Can't go wrong in life if you follow these steps.... #PatSummitt pic.twitter.com/MrovybDXDm

The Pat Summitt Foundation released a statement describing memories Pat had with her son saying:

"She was most proud of one special moment they shared that outshines all the others. On May 5, 2012, Pat and Tyler were baptized together. On this day, they decided together to go public with their faith and professed their love for and acceptance of Jesus Christ as their Lord and Savior. On this day, they created the ultimate and eternal memory, together."

In remembering his mother, Tyler said, "For 64 years, my mother first built her life upon a strong relationship with her Lord and Savior, Jesus Christ. Her foundation was also built upon love of her family and of her players, and love of the fundamentals of hard work which reflected her philosophy that 'you win in life with people'."

"She'll be remembered as the all-time winningest D-1 basketball coach in NCAA history, but she was more than a coach to so many – she was a hero and a mentor, especially to me, her family, her friends, her Tennessee Lady Volunteer staff and the 161 Lady Vol student-athletes she coached during her 38-year tenure," he said. "We will all miss her immensely."

Pat Summitt has left an amazing impact on college sports and her legacy will live on for years to come.

On the University of Tennessee's Coaches bio, Pat is quoted saying:

"My parents taught me a long time ago that you win in life with people. And that's important, because if you hang with winners, you stand a great chance of being a winner."