Man of Honor: How a Religious Dissenter Put This Church on the Map 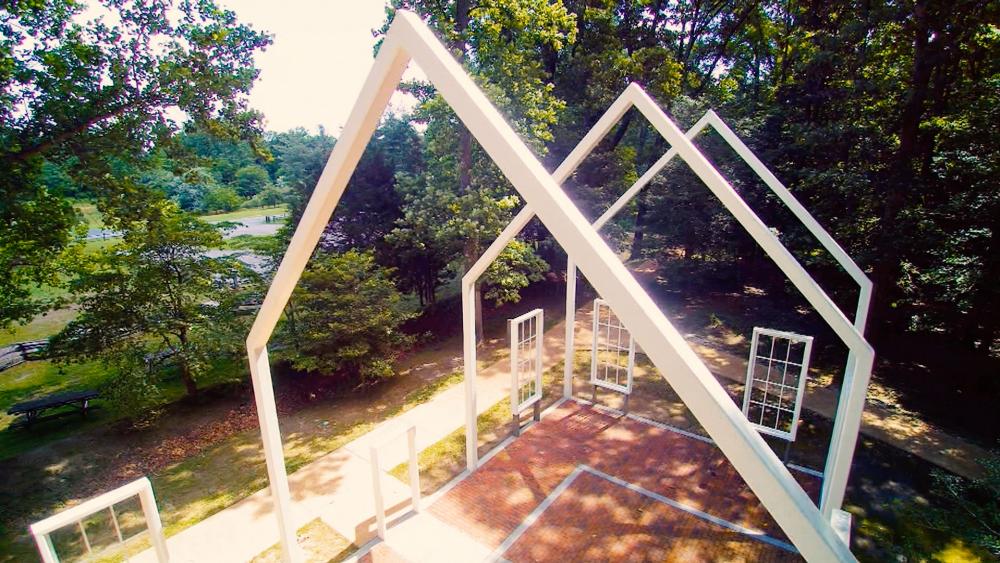 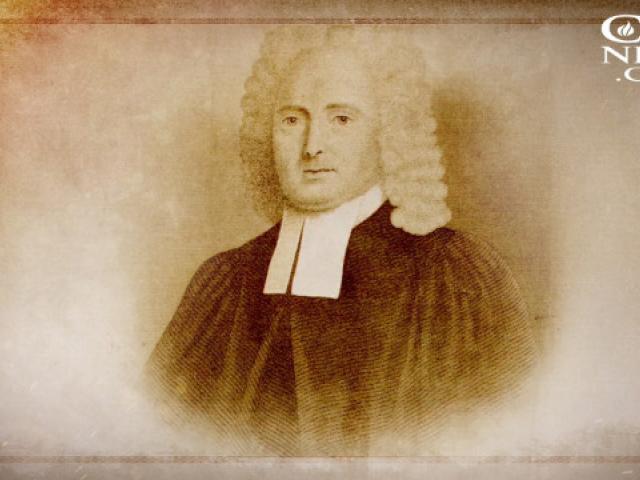 Man of Honor: How a Religious Dissenter Put This Church on the Map

Kara Schmitt and Vince Oliveri are getting married on a perfect June day in a most unusual place – Historic Polegreen Church.  Under the striking steel structure is the foundation of an 18th century church, with an astonishing history.

For over 45 years, the only clue of its existence was a granite marker.  Then in 1975, it caught the attention of a local Presbyterian minister, Dr. Robert Bluford Jr.

"I began to read, and find out how significant a place it was," recalls Dr. Bluford, now 97 years old.  "And the thought that came to my mind was, 'Your task is to shine the light on the man I really want to honor.'"

That man is Samuel Davies, the first minister at Polegreen Church and a key figure in the religious movement known as the First Great Awakening.

"We see it in almost every colony; we see Great Awakening evangelists, we see revivals, we see these massive meetings, large scale conversions.  It really changes the face of America," Dr. Joshua McMullen, history professor at Regent University, explained.

But there was plenty of resistance. Before the American Revolution, British law required membership in the Church of England.  Failure to comply could result in fines, and even imprisonment.

In 1689, the British Parliament passed the "Act of Toleration," allowing some Protestant denominations limited freedom.  Among other requirements, non-Anglican ministers had to be licensed with the government.

A newly ordained Presbyterian minister, Davies became the first so-called "dissenter" licensed in Virginia.  Despite poor health and bouts with tuberculosis, he was asked to lead four meeting houses in Hanover and Henrico counties, with Polegreen as his base.

"Being fully convinced," he later wrote, "that Hanover stood in greater need of a minister than any place I knew, I accepted of their call to settle there."

At the Virginia Historical Society, CBN News was given a rare look at Davies' Bible, where centuries of family events are recorded, including his wedding to Sarah Kirkpatrick in October 1746.  Less than a year later, he wrote this:  "Separated from her by death, and bereaved of an abortive son.  September 15th, 1747."

"Because of that tragedy, and because of his own sickness, he really thought that his life would be short," explained Dr. McMullen.  "It motivated him; I mean, he really thought, 'Well, if I only have so much time on earth to work for the Lord, I've got to make that count.'"

From the beginning, Davies drew large crowds, including slaves.

"Never have I been so much struck with the appearance of an assembly, as when I have glanced my eyes to… so many black countenances, eagerly attentive to every word they heard, whom their masters generally neglect, as though immortality was not the privilege of their souls, nor the religion of Jesus their concern!" wrote Davies.

Dr. McMullen elaborated, "Davies believed that slaves should be taught to read and write because they needed to have access to the Scriptures like everyone else, and, you know, teaching an enslaved person to read and write in Virginia, in the colonial period, was really seen as problematic."

Not everyone in Hanover County was pleased with Davies' ministry, especially at the local Anglican Church, which is still active today, although it is now a Disciples of Christ denomination.  In Davies' time it was led by the Rev. Patrick Henry, uncle of the famous patriot with the same name.

"If you were the Anglican minister and that was the official religion of the colony, if you see the explosive growth of Baptist and Presbyterian churches, it in many ways is a threat," Dr. McMullen explained.

Rev. Henry fought back with a series of letters to authorities in the Church of England.

"I think it my duty to acquaint you with this man's behavior," Rev. Henry wrote.  "I need not inform you of the present distracted condition of my parish nor of the future disturbances I justly apprehend."

His nephew, the younger Patrick Henry, was 11 years old when Davies arrived.  He attended Polegreen regularly with his mother, later attributing his own success as an orator to Davies' example.

On July 1, 1759, after 11 years in Hanover County, Davies delivered his final sermon at Polegreen.  Over 5,000 people attended.

"If I have been so happy as to improve you in divine knowledge, and help you in your pilgrimage through this wilderness, I esteem it one of the most delightful actions of my life," said Davies.  "I have preached to you as a dying man to dying men."

Davies' next assignment: serving as president of Princeton University.  Less than two years later, he died at age 36.

One hundred years later, Polegreen Church still thrived, as shown in drawings by a Union soldier in 1862, the only images of the church that survive.

On June 1, 1864, Union forces tried to break through Confederate lines near the Totopotomoy Creek.  As Dr. Robert Bluford describes in his book, The Battle of Totopotomoy Creek: Polegreen Church and the Prelude to Cold Harbor, Polegreen was caught in the crossfire.  Tragically, a local boy fired the fatal shot: 19-year-old William White of the 3rd Richmond Howitzers.

"A stream of fire rises from the roof of that old time-honored house of worship… set on fire by a shot from my own gun," White wrote in his diary.  "There my ancestors had worshipped the true God… now it was passing away in the red glare of war."

The church was never rebuilt -- until Robert Bluford came across the marker.  Since then, he has been consumed with bringing the church back to life.  One day, while with an archaeological team, he felt something under his foot.

"I just scraped the dirt aside, and there was this brick, whole, complete brick," Dr. Bluford remembers.  "Within an hour, we had uncovered the complete footing of this building."

Renowned architect Carlton Abbott  also caught the vision.  He urged Bluford to purchase adjoining land, removing houses to restore the area to the way it was in the 1700s.  Then came the question of rebuilding the church.

"We thought about doing an image, or a ghost structure, if you will," recalls Abbott. "And I think what this church does is bring a simpler feel for how you can approach your religion."

Today the site includes history lessons on Davies and the path to religious freedom in America.

It has also become a popular site for weddings -- like that of Kara and Vince, where the groom is a Ph.D. candidate in church history.

"God's amazing grace has been preached here since Samuel Davies was pastoring here," marvels Vince Oliveri.  "Thinking about that actually, even during the ceremony and as we were picking the place, has just been really kind of profound."