Exodus Shutting Down So 'Church Can Do Its Job' 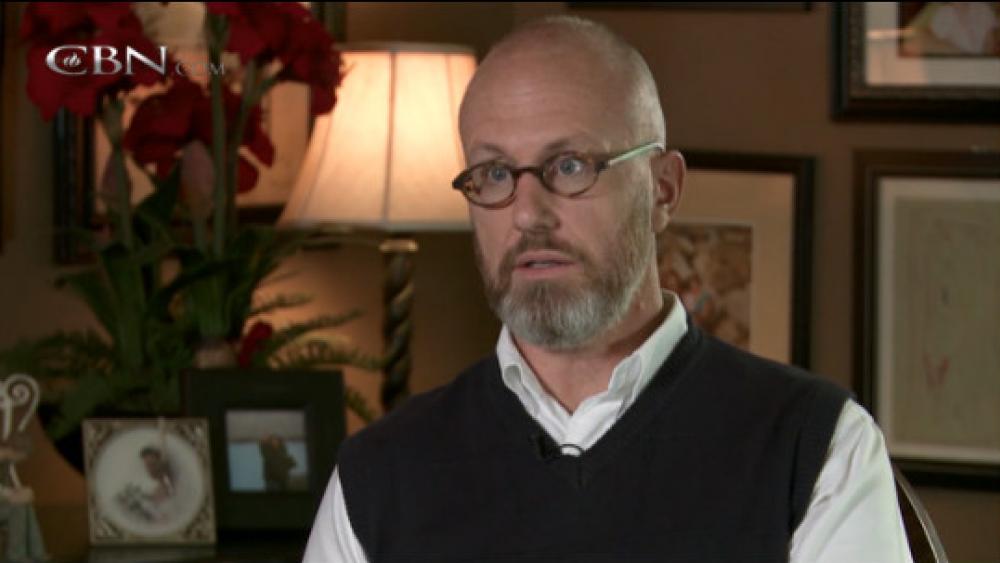 Exodus International, the flagship ex-gay ministry coalition, recently announced it was closing its doors after 37 years.

The news brought a fresh round of criticism for the organization that has modified its message in the last year, focusing less on changing sexual orientation and more on growing in Christ.

CBN News recently spoke with Exodus President Alan Chambers in his almost-empty Orlando offices to talk about what's happened and what's next.

Opportunity for the Church?

Chambers said that although the decision to close caught many off guard it was the right time for such a move.

"Part of our decision was, 'We're going out of business so the Church can do its job,' so I see this as an opportunity," he explained.

Chambers also believes that after decades of taking the heat on the gay issue, Exodus removing itself as a target made sense.

"It's too much for any one person or any one organization to bear to be the entity that owns the religious or Christian response to this issue," he said.

Critics like Peter Sprigg, senior fellow for Policy Studies at the Family Research Council, also believes that shutting down was a good idea but for different reasons.

Sprigg said Exodus has bewildered many in the last year as it moved away from its original focus on change.

"It has reached the point of generating a certain amount of confusion in the Christian community and for the ex-gay movement. Now we're able to focus on the continuing message of the ex-gay movement that change is possible," Sprigg argued.

Sprigg also disagrees with Chamber's recent apologies to those who've been hurt by Exodus.

Chambers went on the Oprah Winfrey Network to say he's sorry. He also issued a public statement, saying in part, "Our ministry has been public and therefore any acknowledgement of wrong must also be public."

"I haven't always been the leader of Exodus, but I am now and someone must finally own and acknowledge the hurt of others. I do so anxiously but willingly," he added.

"They have to persuade people that people are born gay and can never change," Sprigg said. "That's why they are so hostile to the ex-gay movement. It seriously undermines one of the presuppositions of their political movement."

But Chambers said he feels compelled to apologize. He said he still holds a biblical worldview that God created sex for men and women within the bounds of marriage.

But for many, he added, same-sex attraction will always be a struggle. And he confessed that even he still struggles after 16 years of marriage.

What he regrets is that Exodus led many to believe they could significantly change their desires.

"I think we set people up for unrealistic expectations," he told CBN News. "As I look back over the course of 22 years at Exodus and 12 in leadership, I wish we'd been a whole lot more honest. I wish we had shared the depth and complexity of our stories."

He said his truth boils down to one reality: "That I have an amazing marriage even in the reality of temptations and struggle and attractions that are still there."

"I think we've tried far too often to minimize that discussion and it's hurt people in the process and I am sorry for that," he added.

Mark Yarhouse's 2007 study on change and orientation documented in the book Ex-Gays? with co-author Stan Jones, is one of the most highly regarded to date. While it supports the possibility of change in sexual orientation, it also underscores Chambers' message that not all who want to change are able.

"It's always difficult to talk about change because the average person just hearing that will think 'Is it possible to change?'" Yarhouse said. "And they'll think in their mind a categorical shift or change from completely gay to completely straight and I don't think that's particularly likely. That's not what our data shows."

He suggested that the Church's challenge is not only to minister to those who want to change their same-sex attraction but to walk with those who find it a life-long battle.

Right now only a remnant remain at the old Exodus offices in Orlando, but its leaders hope that the so-called death of this organization will result in the birth of a movement that starts a fresh conversation on faith and sexuality.

"It's a brand-new organization at this point," Chambers admitted, "with no support, no funding and yet, I'm more excited than I am anything."

In the meantime, a new umbrella group, Restored Hope Network, is seeking to serve the original mission of Exodus by focusing on change for those who want it. It has 19 ministry affiliates, all formerly associated with Exodus, around the country.

For many in the Church, this summer is a time to recover after a tumultuous last several months.

Between the Boy Scout's recent decision to include gay Scouts, the closing of Exodus, and the Supreme Court rulings on DOMA and Proposition 8, many who support traditional marriage have felt overwhelmed.

But for Chambers, despite an empty building and a dream that has died, it's the perfect time to start over and engage a country that's perhaps more divided than ever on this issue.