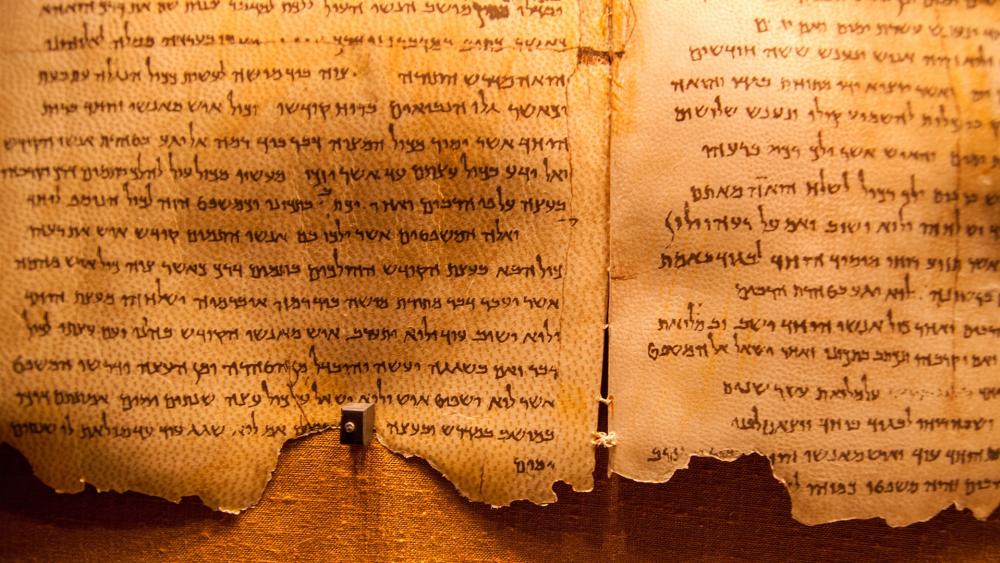 WASHINGTON - These days, many Christians, especially college-age students, face having their faith in God and the Bible questioned if not downright assaulted.

Dr. Jonathan Morrow teaches Christian students how to defend their faith at the Impact 360 Institute in Pine Mountain, Georgia.

He knows how tough it is for Christians at secular institutions.

"Sometimes they're going to have a professor that's going to outright challenge why they believe what they believe and say, 'Look, what you believe is actually a fairytale,'" Morrow said.

Check below this story for seven extra videos of lively conversation and teaching on why you can trust the Bible.  Bible experts also explore how Christianity rests on a deep and substantial bedrock of fact.

But Morrow and two more of the world's top biblical experts told CBN News there's a good reason for believers to have faith in your faith.

He pointed to how even respected "non-believers" wrote about Jesus.

"There are 16 total historians apart from Scripture that reference Christ," he said. "Almost everything about Christ we can find without ever going to the New Testament."

McDowell writes extensively about this in his newest books God-Breathed and 77 FAQs About God and the Bible.

Morrow points out in his book Questioning the Bible there's more evidence that Jesus lived than Julius Caesar, yet no one doubts Caesar existed.

"When you're doing history, you want early and you want eyewitnesses. And the gospel writers give you both," Morrow explained.

"They investigated everything carefully. They have the ring of truth to them. They include embarrassing details," he continued.

One supposition of scholars is the closer in time a writer was to events, the more likely his account is accurate.

Morrow pointed out respected biblical writers Paul and Luke interviewed the apostles and knew many others who witnessed Jesus' life, death, and resurrection.

And the writers' Peter, John, and James actually lived with Jesus.

"John said, 'What our eyes have seen, what our ears have heard, what our hands have handled is what we're declaring to you,'" McDowell said. "In other words, 'We're eyewitnesses.'"

More Accurate than Any Other Document

McDowell explained another understanding among scholars.

"The closer the manuscript to the original, the less chance of error or miscopy," he said.

Current surviving Bible manuscripts get closer to the original work than any other manuscripts from the ancient world.

"We've got manuscripts and fragments that show up within 35 or 40 years of the time when they were written," Morrow said of these biblical survivors.

"Why does that matter? It means there's not enough time for error and mythology to corrupt the message of what's going on there," he said.

But doubters scoff at those while readily accepting manuscripts of Greek and Roman histories that were created hundreds of years after the originals.

"When you look at Greek and Roman historians like Herodotus and Tacitus and Livy, those (oldest surviving manuscripts) are hundreds of years later - 500, 600, 700 years after the fact," Morrow said.

McDowell pointed out a second rule among scholars of ancient works.

"The more manuscripts you have, the easier it is to reconstruct the original," he said.

When it comes to the Bible, the surviving ancient copies or pieces of it way outnumber all other ancient works.

McDowell said there are "66,420 some manuscripts and scrolls" for the Bible.

"We do trust Homer. How much more should we trust the New Testament documents?" Morrow asked.

With so many more copies produced by thousands of scribes across the centuries, it's no surprise there'd be occasional errors.

But critics claim there are some 400,000 mistakes or "variants" in the Bible.

Such a claim steams Bock, McDowell, and Morrow.

"Ninety-nine percent of those 400,000 or so number evaporate as simple spelling errors, word order," Morrow said.

"But none of those, those texts that are in question, affect any central teaching of Christian doctrine or practice," Morrow insisted.

Bock explained many of the so-called contradictions in the Bible are just different ways of telling the same story.

"And difference does not equal contradiction. It's just difference," Bock said. "One text may be more precise than another, but they'll both be accurate."

For instance, one Gospel talks about Jesus and His disciples coming upon two demoniacs in a graveyard, but another Gospel speaks of one demoniac there.

A simple explanation is one writer shared the raw fact two demoniacs were present. The other writer only mentioned the one demoniac because he wanted to concentrate on that one for a particular reason.

Another example: one Gospel says Judas hanged himself while another says he fell to the ground and his insides spilled out.

A look at the area where it's thought Judas died has trees above and on rocky cliffs with jagged rocks below. Judas could have hanged himself and then the branch broke or the rope came unknotted and his body crashed to the rocks, splitting open.

Doubters have a hard time believing that the Bibles we read today could accurately reflect the actual words written by the authors so many centuries ago.

But McDowell explained how for Jewish scribes, copying books like Genesis and Exodus was holy work and strictly controlled.

"Four-thousand regulations the scribe had to follow to guarantee accuracy," he said.

McDowell brought to CBN News a massive scroll from the Middle Ages owned by a Jewish village in Europe.

In producing such a scroll, the scribes would have needed about three years to carefully ink its 300,000-plus letters. Then a man known as a "counter" would come check their lettering meticulously.

Monks had tight rules for copying as well.

Another reason to trust the Bible: archaeology and related research have time and again shown the Bible is true and the skeptics to be wrong.

"Archaeology has probably cleared up already over half of all what appeared to be alleged discrepancies in the Scriptures," McDowell said.

Archaeology and associated research have since shown both existed.

"Now you can go to Harvard or anywhere else and study the Hittite language," McDowell said.

Finally, there's proof of logic. After Jesus' death, the apostles kept pointing to the shared knowledge everyone around them had, even their opponents.

McDowell paraphrased the logic, "You know what I'm talking about. You were there."

A Truth Worth Dying For

McDowell pointed out that dying for the Gospel would have been a crazy thing to do if you were making the whole story of Jesus' miracles and resurrection up.

"They appeal to their opponents for the facts of which they talk about. To me, that's one of the best tests of truth historically," McDowell stated.

Finally, Bock asked what better proof the earliest disciples weren't making it all up than the fact they almost all were martyred for it?

"You don't die knowingly for something that you know you made up," he said.

Josh McDowell's Startling Evidence for the Bible
Leading Bible expert Josh McDowell shows us some of the oldest remnants of the New Testament in existence. He explains why such old fragments are leading us to the most accurate Bibles in almost 2,000 years. He also shares a painful personal testimony about horrible abuse in his younger years and how the Bible helped him recover.

Josh McDowell: Outsiders Back Up the Bible
Biblical expert Joshua McDowell says outsiders and eyewitnesses back up the Bible. But he points out if you aren't willing to seek truth, you'll likely never see it. And he uses his own son as an example.

Jonathan Morrow: Proof for What's in the Bible
Biblical expert Jonathan Morrow tells why if you're willing to trust any facts of ancient history (like there was a Julius Caesar), you should know there's more proof for what's in the Bible. And he explains away most all those alleged errors skeptics claim undermine the Bible's authority.

Jonathan Morrow: Son of God or Nothing
Biblical Expert Jonathan Morrow talks about the astounding stack of verifiable facts in the Bible and the huge amount of real people talked about and eyewitnesses quoted. Then he shows how Jesus Himself decimated the idea He can just be accepted as a great and wise teacher. With Him, it's Son of God or nothing.

Jonathan Morrow: Why God's Not a Genocidal Maniac
Biblical expert Jonathan Morrow tackles the very tough issue of why the God of the Old Testament is not really a genocidal bully.

Jonathan Morrow: Why Is There Suffering?
Doubters often use the fact that there's suffering in the world as a reason to reject God. Biblical expert Jonathan Morrow reframes how to look at evil and suffering, and points out how God Himself took on the pain of suffering and death to set us free. 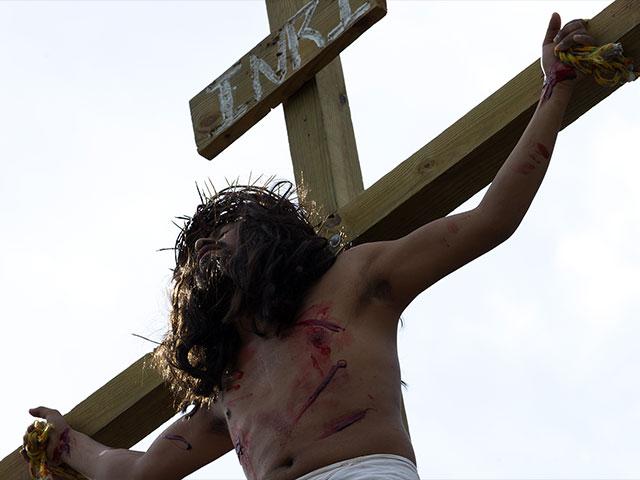