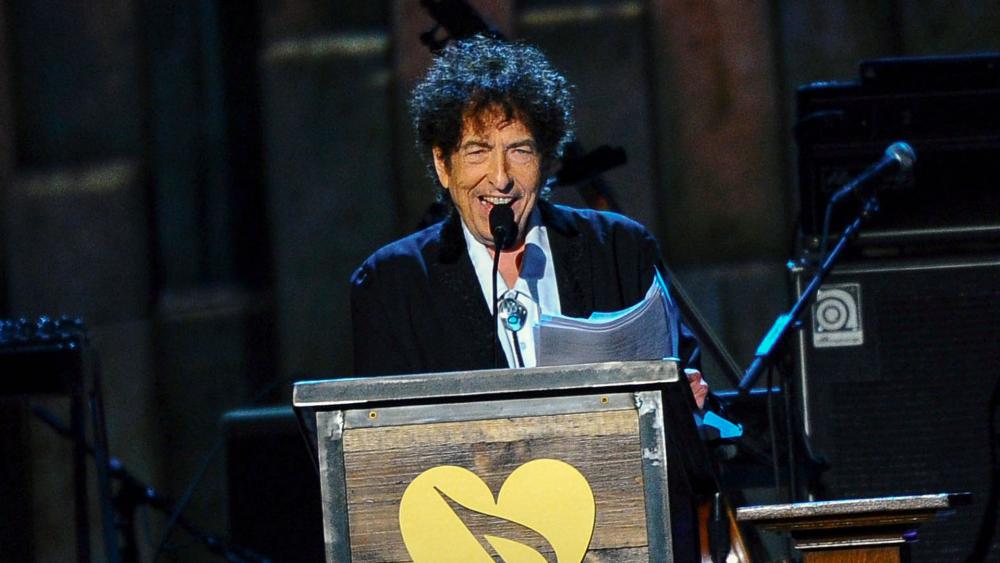 A handwritten letter that reflects a strong Christian faith by music legend Bob Dylan is up for auction.

Boston-based RR Auction is offering the item, written around April 1980 to a friend named "Steve."

Dylan writes, "We are up in Toronto singing and playing for about 3,000 people a night in a downtown theatre -- The Spirit of the Lord is calling people here in their beautiful and clean city but they are more interested in lining up for Apocalypse Now than to be baptized and filled with the Holy Ghost --."

Dylan is probably referring to the film, "Apocalypse Now," which hit theaters in 1979. The artist played in Toronto in 1980.

Dylan goes on to write to Steve, "Wanna thank you for that Bible as it is helpful in discovering a few phrases from and shedding more light on what the King James version reads -- God will lift up your heart as you begin to realize that 'He thru Christ has reconsiled (sic) man unto Himself' (II Corinthians)."

The singer-songwriter's letter is filled with references to Christianity.

"You will be strong in the Lord and seeing that looks are deceiving, you will work miracles that way -- He has called you to be a saint and your responsibility is to him and him alone --," he continues. "Be praying and not looking back no more -- press on toward what is ahead -- I send love to you and will pray for strength and more strength for ya --."

Dylan concludes the letter with a bold profession of faith: "Always in the name of Jesus Christ Son of God, Manifest in the flesh."

Dylan, who is a Jew, accepted Jesus Christ as his Messiah in 1979. Two of his albums, "Slow Train Coming" and "Saved," have overtly Christian lyrics.

Rumors surfaced in the early '80s that Dylan renounced Christianity. However, in an October 2012 blog on Godreports, Dan Wooding writes that Al Kasha, a Messianic Jew who led Dylan to Christ, believes the singer-songwriter never lost his faith.

In the blog, Wooding says Dylan's album, "Tempest," released in September 2012, is filled with Christian lyrics.

"I am absolutely thrilled that Bob has shown through this new record that he has never lost God's calling in life. He's never given up," Kasha said, referring to the album.

"I get upset when people think that he has because you don't write all these songs just out there," Kasha continued. "It takes time to write them and they're all about Christ so I've said this in the past - the media has hurt rather than helped him."

"It's rare that you see handwritten letters from Bob Dylan on the market," he said. "You may see notes or lyrics but not real composed letters like this."

The items up for auction include the letter in "very good to fine condition" and the original envelope. Livingston said the items belong to a Boston collector.

"This remarkable letter offers enormous insight into Dylan's thoughts during a critical period of his career," a description on the auction website reads.