Religious Freedom Labeled the Next 'Jim Crow' by Activist Professor 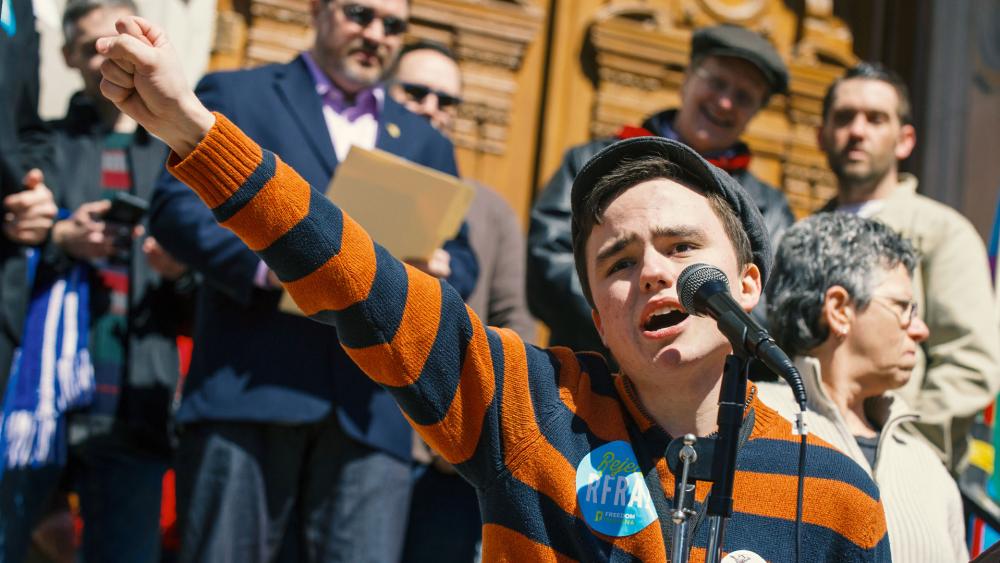 Marci Hamilton teaches constitutional law at the University of Pennsylvania and has her own website called "RFRA Perils." CBS Sunday Morning interviewed Hamilton about the religious freedom law.

"It's really hard to explain what was happening," Hamilton said in the CBS report. "Basically, the civil rights groups dropped the ball. Everybody was just so excited about religious freedom - how could you be opposed to religious freedom? But the very smart, very conservative evangelical groups knew what their agenda was."

What is the goal of RFRA?

When President Bill Clinton signed it into law, he said, "The free exercise of religion has been called the first freedom, that which originally sparked the development of the full range of the Bill of Rights."

"What this law basically says is that the government should be held to a very high level of proof before it interferes with someone's free exercise of religion," he continued. "This judgment is shared by the people of the United States as well as by the Congress. We believe strongly that we can never, we can never be too vigilant in this work."

RFRA bans the government from unjustly meddling in the way Americans express religious beliefs. The law provides "a claim or defense to persons whose religious exercise is substantially burdened by government."

In the CBS report, the correspondent says, "Just since the beginning of this year, lawmakers in 34 states have proposed so-called 'bathroom' bills and 'religious freedom' laws that, critics say, target gay, lesbian and transgender people."

"And it's tilted the balance so that people now have a concept that whatever they believe, they can get around the law," Hamilton said, referring to RFRA. "When I go to a stop sign, it just doesn't matter that I'm Presbyterian - I've gotta stop at the stop sign. But now, every law is under attack because of this message of complete liberty."

Later in the report, Hamilton went on to say, "It's Jim Crow. It's just that there are different targets at this point for some of the people."

"What these individuals are arguing now, in these groups, is that they have 'rights' in order to be able to discriminate against others," Hamilton continued. "But the 'rights' that they're talking about are made up. They are not rights from the Constitution."

In opposition to Hamilton's stance, Kristen Waggoner, senior counsel and senior vice president of legal advocacy with Alliance Defending Freedom, said in the CBS report, "I think what we're seeing is an unprecedented attack against people of faith who have religious beliefs. It has nothing to do with how someone identifies in terms of being LGBT or saying that they're straight."

"I think that there's a more fundamental principle, which is whether we will continue to allow a diversity of viewpoints, or we will allow the government to personally and professionally ruin someone because of a religious conviction they have," she also said.