Trumpets Sound in Denver: National Prayer Day the Biggest Ever 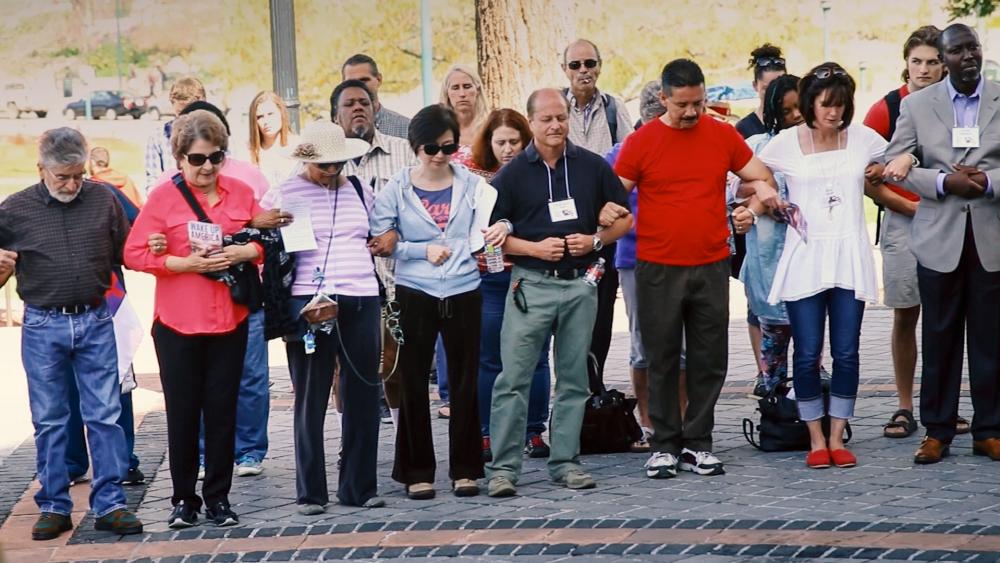 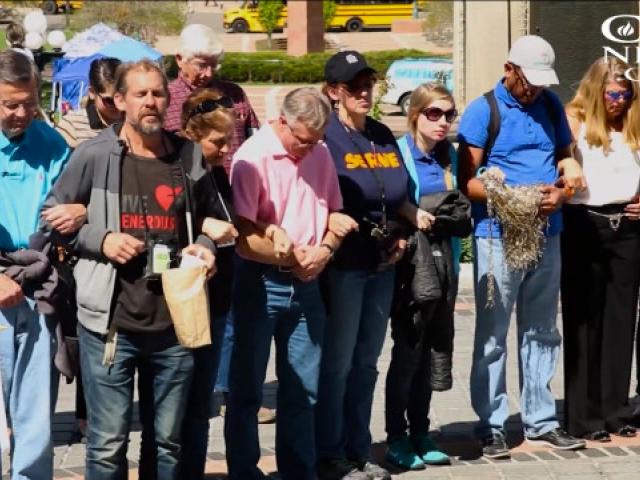 Trumpets Sound in Denver: National Prayer Day the Biggest Ever

DENVER -- The 2016 National Day of Prayer was larger than ever with more than 47,000 local events across the country, from Washington, D.C., to Denver.

The theme for the 65th National Day of Prayer was "Wake Up America!"

The main event in Denver kicked off with a Jericho march around the state capitol, featuring a life-sized ark of the covenant.

"We must cry out to God and pray for our nation," Rabbi Stewart Lieberman, with Or Chaim Messianic Congregation, said.

As Isaiah 58:1 says, "Shout it aloud, do not hold back. Raise your voice like a trumpet."

The Thursday prayer warriors in Denver brought this verse to life as they literally sounded trumpets signaling a wakeup call to cry out to God now.

"We think we will always have this religious freedom, but the truth is we are losing our freedom. And if we don't wake up and sound the alarm, we are in serious trouble," Denver NDOP planner Carole Urbas said.

The National Day of Prayer team hopes to mobilize the Christian community to intercede for America's leaders and our families. This national observance is based on the understanding that America is rooted in reverence to God and his Word, as evidenced by the words of Thomas Jefferson.

"Fasting and prayer are religious exercises … and can never be safer than in their hands, where the Constitution has deposited it," Jefferson said in 1808.

Prayer has a long-standing and significant roll in American history, confirmed in 1983 when the Supreme Court affirmed the right of lawmakers to open their sessions with prayer.

"Prayer is power, we have an almighty God so we are expecting almighty results," said Joseph Nsabimbona, pastor at The Sojourners Christ's Church and A La Source refugee ministry.

The National Day of Prayer has been going strong since 1952 when Congress passed a joint resolution, signed into law by President Harry S. Truman. And now, every year on this first Thursday of May, Americans continue the tradition.

Prayer by Dr. Tony Evans for the 65th National Day of Prayer