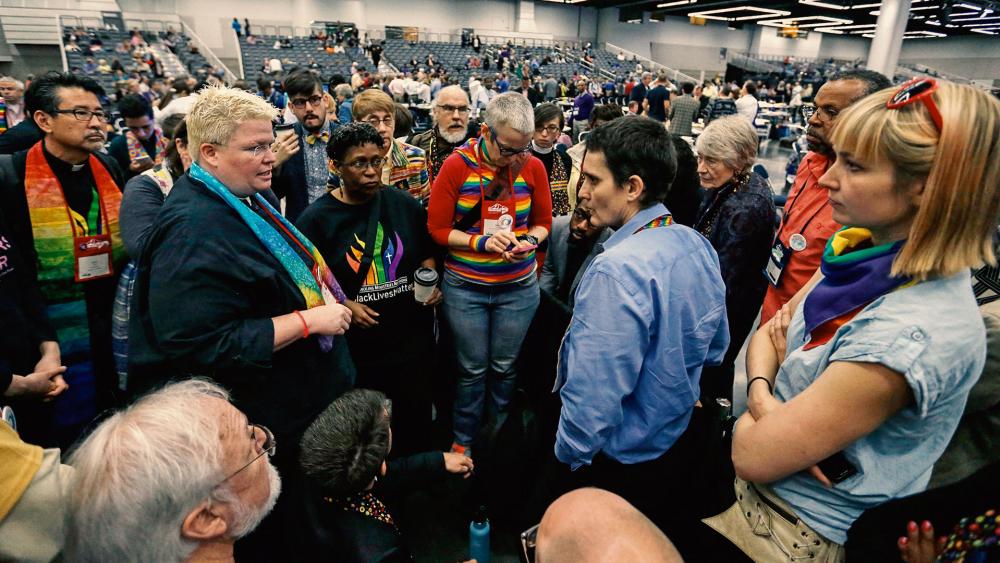 The top policy-making body of the United Methodist Church narrowly approved a complete review of the entire church law on sexuality this week.

That vote happened during an emotional meeting where there was talk of a church split over homosexuality.

Delegates attending the Methodist General Conference in Portland, Oregon, voted 428-405 to put on hold all consideration of proposals related to LGBT issues, according to The Associated Press.

The delegates decided to create a commission which will examine policy on the topic for at least two years. The commission will review the Methodist Book of Discipline with the mission of constructing a plan to deal with differences.

The denomination is the third-largest faith group in the United States and is comprised of nearly 13 million members around the world.

"We are at a precipice," said Lonnie Chafin, a delegate from the Northern Illinois Annual Conference, or church district. "There is urgency before us. The church might divide."

Currently, the United Methodist Church adheres to a policy adopted in 1972, which says same-sex relationships are "incompatible with Christian teaching."

The Methodist Book of Discipline says marriage is limited to one man and one woman: "We affirm the sanctity of the marriage covenant that is expressed in love, mutual support, personal commitment, and shared fidelity between a man and a woman."

"While persons set apart by the Church for ordained ministry are subject to all the frailties of the human condition and the pressures of society, they are required to maintain the highest standards of holy living in the world," the church regulations read.

"The practice of homosexuality is incompatible with Christian teaching," it states. "Therefore self-avowed practicing homosexuals are not to be certified as candidates, ordained as ministers, or appointed to serve in The United Methodist Church."