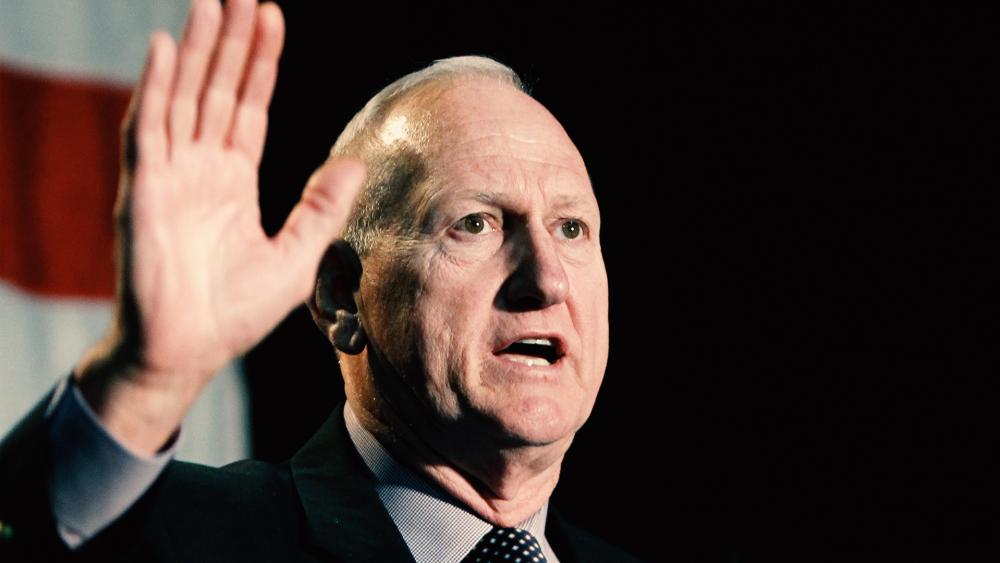 A Virginia college that fired Ret. Lt. Gen. William "Jerry" Boykin after he made critical remarks about the transgender bathroom controversy has rehired him.

"After discussions with Hampden-Sydney College, Gen. Jerry Boykin has accepted another year's contract to teach in the College's Military Leadership and National Security minor as Wheat Professor," the school posted on their Facebook page.

Boykin, a founding member of the Army's elite Delta Force, has been an adjunct teacher at the all-male Hampden-Sydney College for nine years.

On Tuesday, he posted on Facebook that the school had terminated his employment after LGBT activists complained over his comment, "...the first man who goes in the restroom with my daughter will not have to worry about surgery."

On Friday, Boykin confirmed that the college rehired him. He thanked his supporters for standing with him through his ordeal.

"I am deeply grateful for all the support - through social media, calls and emails - that I have received over the past few days. This situation has been a great reminder of how our ‪#‎FirstAmendment‬ principles are worth standing up for and defending," he wrote.

Boykin continued to share his thoughts on the experience:

"First, there is strength in unified numbers. The radical Left and LGBT activists completely underestimate the impact of ‪#‎freedom‬-loving ‪#‎Americans‬ banding together to protect our First Amendment freedoms. Many people spoke out on my behalf and I am eternally grateful that they stood with me. Their unified voices allowed me to return to Hampden-Sydney.

"Third, my reinstatement is a victory for academic freedom and free thought on a college campus. The free exchange of conflicting ideas must be the bedrock of every college campus in America. This essential exchange has been greatly wounded by the PC police, but it can be restored to college campuses around the country if, in unity, freedom-loving Americans speak out. Bottom line: when you stand, freedom prevails.

"Finally, I would like to thank the leadership of Hampden-Sydney College for the courage they have demonstrated in reversing their decision and allowing me to remain a part of the Hampden-Sydney community."