Driven by Faith: World Series MVP Sees Himself as 'Missionary to Baseball' 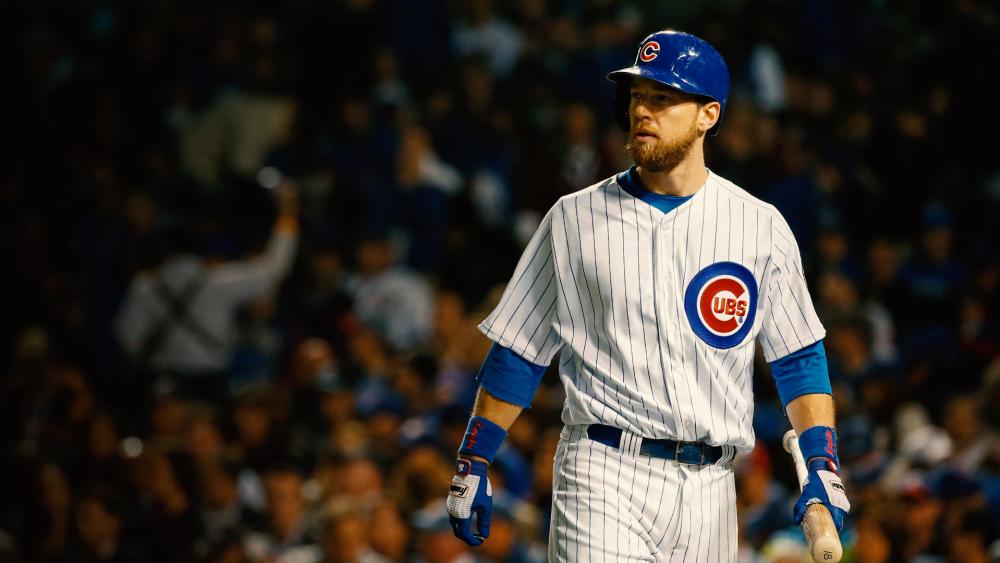 Fans of the Chicago Cubs are celebrating after their team became World Series champions for the first time since 1908.

Certainly, MVP Ben Zobrist is happy to return to the cheering throngs in the Windy City with the Commissioner's Trophy in hand... but he says what people really need is Jesus Christ.

"We know that as a Christian athlete, people are watching, and so we want to be the best example that we can be," the second baseman said in a 2013 interview with the Fellowship of Christian Athletes, as reported by ChristianExaminer.com. "But at the same time, I want people to know that grace is for everyone. We all need grace. We all need Christ....  That is the message the whole way we look at everything in our lives."

The "loveable losers" may have Zobrist to thank for their victory Wednesday night. He signed with Chicago in the offseason with plans of bringing a title to beleaguered Cubs fans.

So far he's done his part - batting .391 with four runs scored and three walks in the first six games.

Zobrist has long been outspoken about his faith; his father pastors a church in central Illinois. He had planned to follow in his father's footsteps into the ministry - but in high school he decided to spend $50 of birthday money to attend a baseball tryout.

His skills impressed a coach at Olivet Nazarene University and offered Ben a scholarship. Years later, he was drafted by a major league team.

The Chicago Tribune reported that the night Ben was drafted, he "pledged to his clergyman father to 'represent God and be a missionary in baseball.'

CBN Sports' Shawn Brown sat down with Ben Zobrist and other players from the Indians and Cubs to hear their thoughts on their Christian faith.