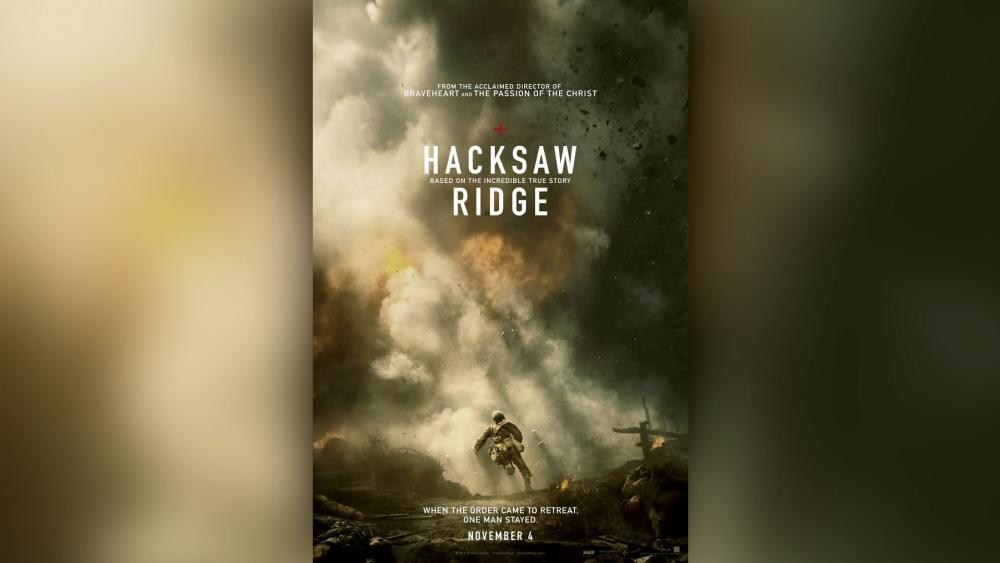 "It just spoke to my heart and I really dug the story, tear drops on page 94," said Gibson, describing how the script impacted him as he read it.

The film is based on the heroic true story of Desmond Doss. He was a man of faith who joined the military during World War II, but he refused to carry a weapon.

Doss managed to save 75 men from the battlefield, and he became the first conscientious objector to receive the Medal of Honor.

Actor Andrew Garfield plays the role of Doss in the film.

"Just discovering that this was a man that lived was a surprise, in its entirety," Garfield told CBN News "The way I see it and the way I think Mel framed it for us in the story is that you feel there is no choice. He doesn't actually have a choice in the matter. There is a calling."

Doss was a living story of love for God, country and his wife, Dorothy Schutte. That romance is also played out on the big screen.

"It is just an unconditional love between the two of them," explained Teresa Palmer, who plays Dorothy. "And I was so drawn to that because the love feels so pure and innocent and I think it is so different from some of the romances we see these days with our apps and Tinder and Twitter."

"What I love about our relationship, which I think is different than any of the others, is that there is a sense of humor and a teasing that takes place, where you realize that there is no apology needed," Vaughn told CBN News. "We kind of got who each other was. And we are both kind of looking at each other in this odd way and enjoying each other."

"But there is something in the moment where he comes for me, without giving too much away, where we both kind of protect the other," he continued. "My philosophy does sort of save him and his philosophy does save me and there is a beauty in that ying and yang that come together."