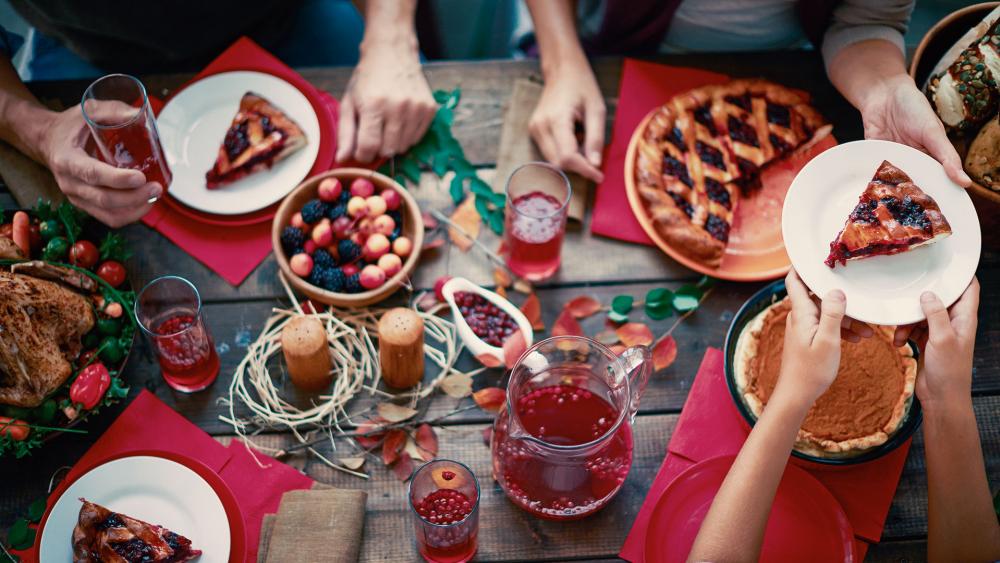 A 17-year-old Arizona teenager will be enjoying a special Thanksgiving dinner, thanks to a text intended for someone one else.

Jamal Hinton, a senior at Desert Vista High School, received a text Tuesday from an unknown number.  The woman who sent the message thought she was texting her grandson inviting him to Thanksgiving dinner.

Jamal replied to the text.

"I texted back and I said 'who is this?' And she was like, "it's your grandma.' Jamal told CNN affiliate KNXV-TV.

The teen responded by asking for a photo to confirm if it was his own grandmother behind the text.

"I was thinking...my grandma got a new number, so why not ask for her picture?" Jamal said.

The picture came in of a woman with blonde hair and glasses.  Jamal is African American.  It wasn't his grandma.

"You're not my grandma," Jamal replied with a laughing emoji.

He then sent the woman, who wants to remain anonymous, a selfie to let her know she texted the wrong person.

"I said "Hey, why not ask for a plate since the offer was still there," Jamal said.

To his surprise, the woman answered, "Of course you can. That's what grandmas do...we feed everyone."

Jamal shared the texting encounter on his Twitter page, which has now gone viral.

He plans to attend the other grandmother's Thanksgiving with his own family next week and that he is "very excited."

"I think that's crazy that people can actually connect and be so nice to each other with people they don't even know," Jamal said.