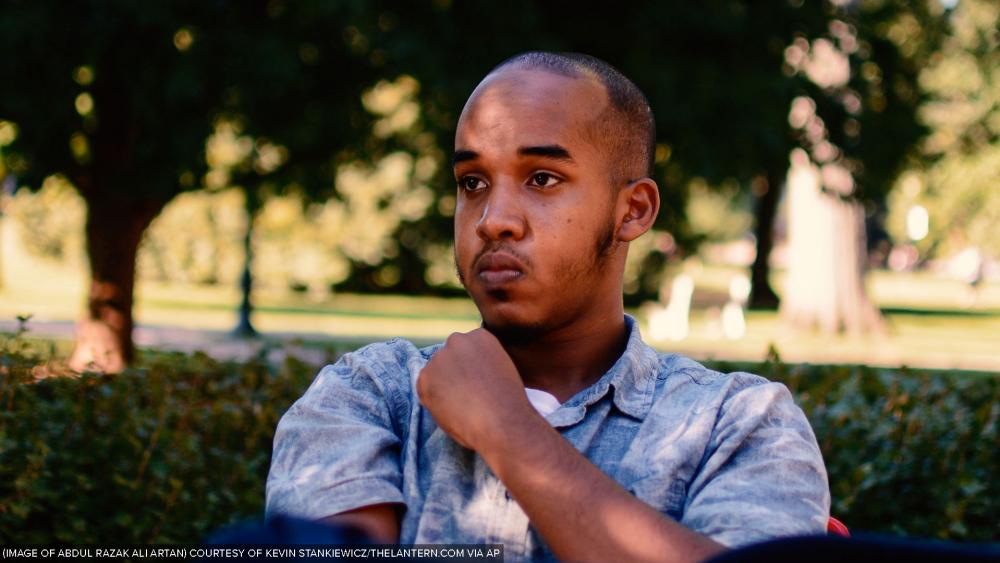 Authorities say the student who launched an attack on Ohio State University Monday was inspired by terrorist propaganda from ISIS and Al Qaeda.

Abdul Razak Ali Artan was shot by police, Monday, after driving his car into pedestrians and then slashing people with a butcher's knife.

Officials point to concerning posts on Artan’s Facebook page to support their suspicion of terrorism. Just days before the rampage, Artan talked about Al Qaeda terrorist Anwar al-Awlaki on his Facebook page. Even more, the Islamic State’s media outlet claims Artan was a lone wolf soldier of the Islamic State.

However, investigators are still working to find out if Artan communicated with any terror groups before the attack.

Meanwhile, 11 wounded students are in the hospital.

OSU said in a statement that the "injuries include stab wounds, injury by motor vehicle and other injuries that are being evaluated" and that "facts are still being verified."

Artan is a Somali immigrant. Reports indicate he was a devout Muslim who was angry about the way people of his faith were being treated.

According to sources, investigators are now focusing on a Facebook rant they believe was posted by Artan. It reads, "I am sick and tired of seeing my fellow Muslim brothers and sisters being killed and tortured EVERYWHERE ... I can't take it anymore. America! Stop interfering with other countries ... (if) you want us Muslims to stop carrying lone wolf attacks."

OSU Officer Alan Horujko, 28, has been identified as the officer who fatally shot Artan.

"It helped the officer be in the right place at the right time, as he was able to see this whole thing happen and take immediate action," an official said at a press conference Monday afternoon.

Meanwhile, Ohio Gov. John Kasich said in a statement, "My thoughts are with the victims of this attack right now, and I pray for their safety and recovery."

He also praised first responders for their handling of Monday's tragedy.

"I am grateful for the professional, coordinated response from first responders, whose efforts helped effectively contain this incident before further harm could be done," he said. "I have been staying in contact with Ohio first responders since the incident began and have spoken with Ohio State's president, Dr. Michael Drake, to pledge whatever additional help the university needs."