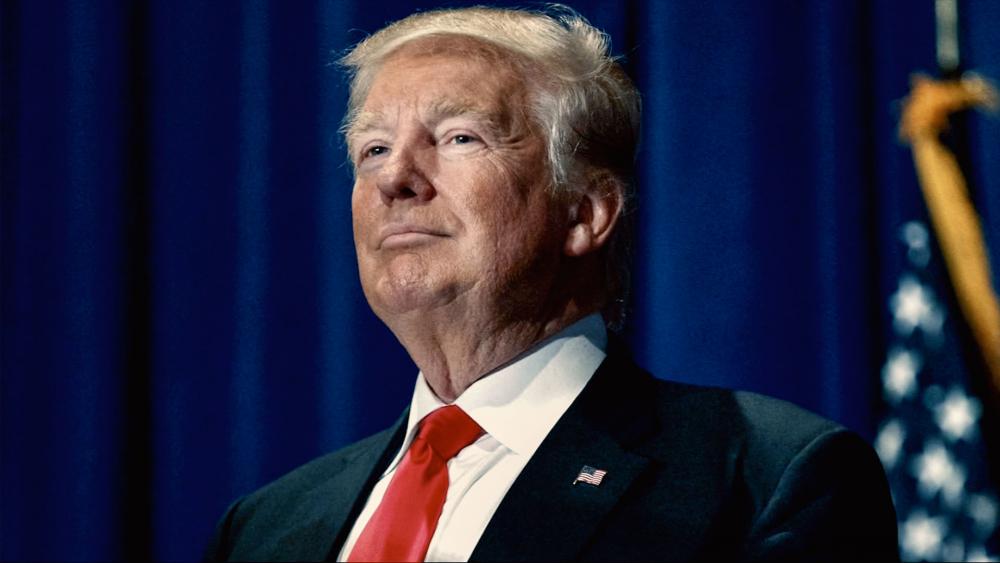 Abraham Lincoln had his "Team of Rivals." John F. Kennedy had his "Wise Men." While history hasn't yet given a nickname for President-elect Donald Trump's cabinet and his executive team, it's starting to look like he's surrounding himself with men and women of faith.

Here are some of his selections, as of Dec. 2.

Vice President: Gov. Mike Pence
The vice president-elect grew up as an altar boy and made a "commitment to Christ" in college and has described himself as a "Christian, a conservative, and a Republican," in that order.  As Indiana's governor, he signed a bill to protect religious freedom in his state and shortly before Election Day, he made a special appeal to Christians, telling them his "faith always comes first."

Attorney General: Sen. Jeff Sessions
The multi-term Alabama senator was one of the first supporters of Trump's campaign and soon thereafter became an advisor. Now, he's the president-elect's pick for attorney general. The choice is not without controversy. Sessions has had to dodge accusations of racism stemming from his work as a prosecutor in the Justice Department.

As a child, Sessions was active in Boy Scouts activities and the Camden Methodist Church. He later went to a Methodist-affiliated college, Huntingdon, and he's served as a leader and Sunday school teacher at his family's church, Ashland Place United Methodist Church in Mobile.

Secretary of the Treasury: Steven Mnuchin
The man who served as the finance chairman for Trump's campaign is now being tapped to head the department made cool by Alexander Hamilton: Treasury. Mnuchin had worked as a partner at Goldman Sachs for 17 years before launching his own hedge fund, "Dune Capital Management." While there, he's invested in several blockbuster films, including "Avatar," "Mad Max: Fury Road," and the critically panned yet commercially successful "Suicide Squad."

Mnuchin, who is Jewish, could be subjected to a confirmation fight in the Senate since many opponents are likely to zero in on his involvement in the 2008 housing market crash.

Secretary of Commerce: Wilbur Ross
When Trump meets the members of his cabinet, he won't be the only billionaire at the table. His nominee to run the Commerce Department, Wilbur Ross, can also stare at a nine-figure bank account.  The investor has a spot on Forbes' exclusive list and a net worth of $2.9 billion.

Ross, who attended an elite Catholic school as a youth, is an avid art collector.  He became known as the "King of Bankruptcy" for his knack for buying beaten-down companies with the potential to deliver profits, including the casino of then real-estate magnate Donald Trump.

Secretary of Health and Human Services: Rep. Tom Price
Before becoming a Georgia congressman, Rep. Tom Price was known as Tom Price, M.D., due to his career as an orthopedic surgeon in the suburbs of Atlanta. Dr. Price has long been a vocal critic of the Affordable Care Act and has proposed dismantling and replacing it.

Price, a Presbyterian, has a voting record that aligns with conservative Christianity.  He is opposed to same-sex marriage, federal funding for abortion, and federal requirements that insurance plans cover contraception with no co-pay.

Secretary of Housing and Urban Development: Dr. Ben Carson
The world-famous neurosurgeon burst onto the national scene following a controversial and politically charged speech directed at President Obama during the National Prayer Breakfast in 2013. Carson was raised in poverty by a mother who could not read, and he endured more than his fair share of racial abuse in school. He persevered through it all before becoming a pioneer resident at Johns Hopkins (the details of which can be seen in the movie "Gifted Hands," starring Cuba Gooding, Jr.)

The soft-spoken neurosurgeon is a member of the Seventh-Day Adventist church and is open about his faith. In an interview with PBS, he talked about relying on God after a diagnosis with cancer, saying, "I just said, 'Lord, if it's time for me to go, You know what is best. I don't want to go, but if it's time, that's fine, I trust You,' and I was at peace."

Secretary of Transportation: Secretary Elaine Chao
Elaine Chao has had her fair share of visits to the Roosevelt Room, as she previously served as a cabinet official under the administration of President George W. Bush.  As his secretary of labor, she was the first Asian-American woman to hold a cabinet-level position.

Chao, who came to America at the age of 8, is married to Senate Majority Leader Mitch McConnell, who is a Southern Baptist.  Earlier this year, McConnell sat down with CBN's David Brody to talk about his legecy - and his faith.

Pop Quiz: If Chao makes it through the confirmation process, she will be the second person to have this on her resume: a) the wife of a Senate Majority Leader b) the Secretary of Transportation and c) the Secretary of Labor.  Who was the first?  Answer... at the end of this article!

Secretary of Education: Betsy DeVos
During the campaign, Trump said he wanted to shrink the Education Department and shift responsibilities to the state and local government. To accomplish that task, he's nominated Michigan's Betsy DeVos for education secretary. DeVos, an ardent supporter of school choice, is the daughter-in-law of Amway founder Richard DeVos.  The elder DeVos, by the way, has a net worth of $5.1 billion... higher than Trump's.

According to Religion News Service, Betsy DeVos has "deep roots" in the Christian reformed community. She graduated from Calvin College and now attends Mars Hill Bible Church in Grand Rapids, Michigan – the same church once made popular by Rob Bell.

One political scientist at her alma mater told The Washington Post that Devos "will not likely be one to focus on curriculum issues like evolution and creationism, which has been a concern in some conservative Christian circles.  Instead, her concerns about school vouchers reflect a larger concern about what's best for the public."

Ambassador to the United Nations: Gov. Nikki Haley
As the governor of South Carolina, Nikki Haley called for the Confederate flag to be removed from the grounds of the state Capitol after the racially charged shootings of nine parishioners in a historically black church in 2015. Just last week, as the death penalty trial for the alleged perpetrator, Dylann Roof, gets started, Haley issued a call to prayer.

She immigrated to the Palmetto State from India with her Sikh family and converted to Christianity after marrying Michael Haley 20 years ago.  In 2010, Haley referenced her faith in Christ by saying it "has a profound impact on my daily life and I look to Him for guidance with every decision I make. God has blessed my family in so many ways, and my faith in the Lord gives me great strength on a daily basis. Being a Christian is not about words but about living for Christ every day."

Director of the CIA: Rep. Mike Pompeo
While voters of Kansas' 4th Congressional District overwhelmingly wanted Pompeo to return to Washington for a fourth term in the House (Pompeo won with 61 percent of the vote), they may have to settle for a replacement.  Instead of serving on Capitol Hill, Trump asked Pompeo to serve as the head of the CIA.

Pompeo previously denounced Obama for his decision to close the CIA's black sites and also his requirement for government interrogators to adhere to the rules of the Army Field Manual (in basic English: no secret prisons, no torture).

Those are probably not issues Pompeo talked about at the Eastminster Presbyterian Church, where he taught a fifth grade Sunday School class.

National Security Advisor: Ret. Lt. Gen. Michael Flynn
One of the most outspoken opponents of radical Islam is now the chief advisor to a president with no foreign policy experience. Retired Army Lt. Gen. Michael Flynn, a former intelligence officer, was named as Trump's national security advisor.  In an interview with CBN, he said that 'America is at war – and the sooner we realize that, the sooner we can defeat ISIS.'  He has called Islam a "political ideology" that "hides behind being a religion" and likened it to a "cancer."

Flynn says he was "born and raised in an Irish-Catholic family of blue-collar Democrats."

Stay tuned to CBN.com for the latest on all of President-elect Donald Trump's cabinet selections.

* Trivia answer: Elizabeth Dole. If you knew that, thank you for at least reading this article. 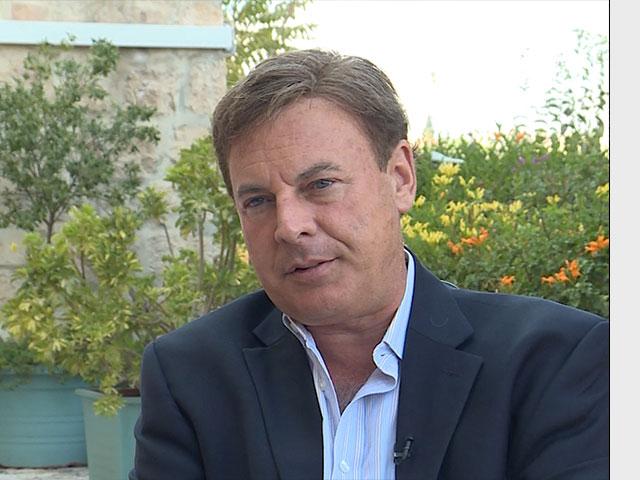