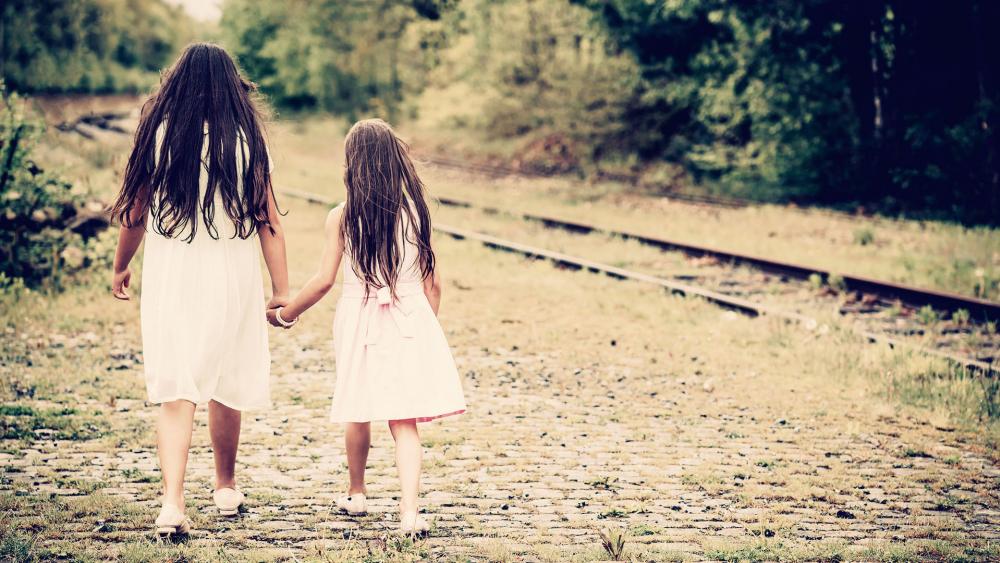 Two Missouri families made a rare discovery, learning through DNA testing that their daughters, whom they adopted from different Chinese cities, are actually half-sisters.

USA Today reports that the Maneage family and Galbierz family, both of Weldon Springs, developed a close relationship in 2008 during an adoption meeting for waiting families.

The Maneage family eventually adopted Ellianna in 2010; she was found in Longgang, China, in a hospital.

In 2013, the Galbierz family adopted Kinley, who was found outside a bus station in Zhuhai city, which is more than two hours from Longgang.

"I remember seeing that picture and I remember a feeling coming over me," Staci told USA Today. "I wasn't speaking. I got up from where I was sitting. I got Ellianna's picture. I was looking at Ellianna."

Ellianna and Kinley became great friends, and Staci pondered if the similarities went beyond appearance.

"They pout the same way," she said. "Their personalities are the same."

Staci said she couldn't look past a God-given notion the girls were related.

DNA testing confirmed that. Their families provided USA Today with a 2015 Bio-Gene DNA document, which shows it's 99.99% likely the two are half-sisters. Which parent the children share is not known.

"This was so overwhelming for us," Paige said. "We really know that God has orchestrated all of this."

Staci and Paige say the girls get together frequently, and they want that to continue. There's talk about the families living even closer, possibly on the same land.

"We are still figuring out family gatherings, holidays and birthdays," Paige said. "We are trying to be intentional about how to allow them that chance to stay closer together."