A Ballet Inspired by God to Fight the Occult 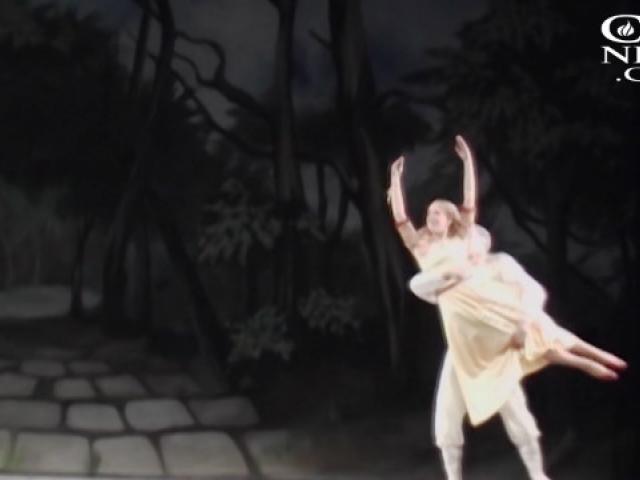 A Ballet Inspired by God to Fight the Occult

A Virginia dance company views its latest production as more than a ballet. They see it as an outreach to rescue people from the occult.

Click here to purchase tickets for "Lily and the Gypsies."

With crisp, synchronized movements, members of the Masterworks Touring Company hone their skills at their Chesapeake, Virginia studio. Soon they'll don costumes to dance in the ballet, "Lily and the Gypsies."

Watch the LIVE performance below:

Masterworks founder Arnora Hummel wrote the production, a story of a young woman who is redeemed from evil and saved by God's grace.

"The gypsy queen then convinces her (Lily) that her parents are dead and draws her into the occult and offers her a position, her position if she does certain things," Hummel explained to CBN News.

"And then she realizes the truth and goes and saves her friend, and then sees her parents there, and they're united again," she continued.

Hummel says she believes the idea for the ballet came from the Lord.

"To tell you the truth, it just came to me within about an hour," she said. "He gave me the whole story and said this was to combat the enemy from pulling young people into the occult."

A lot of people are involved in the production. Around 50 dancers and actors are bringing Lily and the Gypsies to life, and those who are a part of it say it's much more than a dance.

"The main thing that I hope they take away is that no matter how far you've fallen and no matter how many paths you've taken, you can always get back to God's path," Jessica Hartsfield, a Masterworks dancer who dances the part of Lily, told CBN News. "You can always come back."

"Every single person is on fire for the Lord and really wants to take this message and show the world the evil that exists and how we can have authority over that in the name of Jesus Christ," Masterworks dancer Olivia Shedd emphasized. Shedd dances the part of the gypsy queen.

"That our God is all in all -- all powerful, all consuming," she said, overcome with emotion.