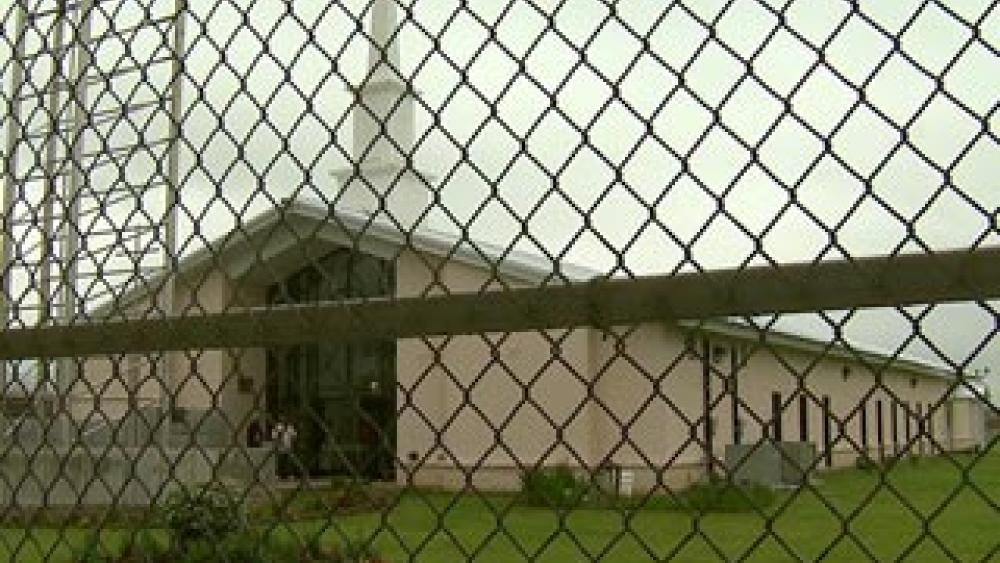 Far removed from civilization, at the end of a lonely stretch of Louisiana State Highway 66 sits Angola prison, once known as the bloodiest prison in America.

It is home to some 5,000 murderers, rapists, and other violent criminals. Nowadays, inmates and prison officials see Angola much differently.

Warden Cain said more men end up dying at Angola than ever being released. Still, some inmates have a new found hope from the transformation that has taken place on this 18,000 acre farm.

Change came as a result of Cain's heavy emphasis on what he calls "moral rehabilitation" and the introduction of faith-based programs, like a Bible college on the prison grounds that has produced about 150 preachers.

Cain said they are so good that he chooses to worship with the inmates he oversees.

"I think about Paul," Cain said as he compared his inmates to the apostle who, prior to his conversion, attacked followers of Jesus.

Cain pointed to scripture to back his argument.

Harold Brand is one inmate whose life has changed, He is serving a life sentence for second degree murder.

"What changes us?" Brand asked. "The love of God. The Bible says love covers a multitude of sins. Now, that's why we're able to change. Because of God's love."

Brand, now in his mid-30s, has been doing time since he was 19 years old. His mother and her pastor pressed the young Brand to become a Christian. He did, and years later he completed his GED and then graduated from Angola's Bible college.

Today he serves as one of the prison camp's Catholic counselors. But not a day goes by without him remembering why he is behind bars.

"You come here and you look around Angola, it reminds you of that poor choice I made or that great mistake of my life that I made," Brand said. "But, see God doesn't. He don't do that. He reminds you of your future. We have a future with God."

Fathers Fighting for their Kids

According to statistics from the Department of Justice, children of incarcerated parents are seven times more likely to wind up behind bars. To combat this, the prison has joined efforts with the child-focused ministry Awana to offer rehabilitated fathers a chance to have a positive impact on the next generation.

"The victims were not the only victims of these inmates, but the children were also victims because they lost their fathers in the process," Lyndon Azcuna, director of Awana Lifeline said.

The day-long event reunites fathers with their children, many of whom have not seen their dads in years. Hundreds of youngsters descend on the prison's rodeo grounds to bond with their dads over games, meals, and prayer.

Brand said the day gives him the chance to really feel like an uncle.

But the purpose goes much deeper than having fun. Returning Hearts is designed to let the kids know their fathers love them and don't want them to fall into what they call "the generational curse of crime."

For the kids, like seven-year-old Kevin Glenn, the message means a lot coming from their fathers.

"The only thing that keeps me going is seeing my dad," Glenn said of his father, whom he calls his hero.

The emotions often spill over to the hundreds of volunteers who serve as family chaperones.

"Just to know that their dads want them and write them letters and pray for them and want Jesus in their life is absolutely amazing," Wendy Honeycutt a volunteer from Bellville, Texas, said.

"For me, personally, that's never happened in my life," she added. "I would love to know that my dad was locked up somewhere and cared about me. He's out in the world and doesn't. So just for these kids to have the opportunity to know that their dads love them is amazing."

The childrens' safety and security are a top priority. Organizers say after five years not one bad incident has been reported. They believe that is because the program focuses on changing the heart.

"We spend $49 billion in this country for corrections," Azcuna said. "We send more people into prison than any country in the world, but our recidivism rate is 73 percent. Why? Because we focus on education; we focus on vocation. They're good, but without a changed heart you're only making smarter criminals."

Some experts say events like these often help both parent and child.

"What we've learned from our research is that contact between the prisoner and family members, increased contact both with family members and ties to the minor children, is predictive of their success on the outside," Nancy La Vigne, of the Urban Institute, said.

Organizers take comfort in knowing that if the message gets through to even one child, that is potentially one less person behind bars.

"Can you put a value on one victim?" Cain asked. "Like I said, one less victim of violent crime is worth my whole career - everything I do."