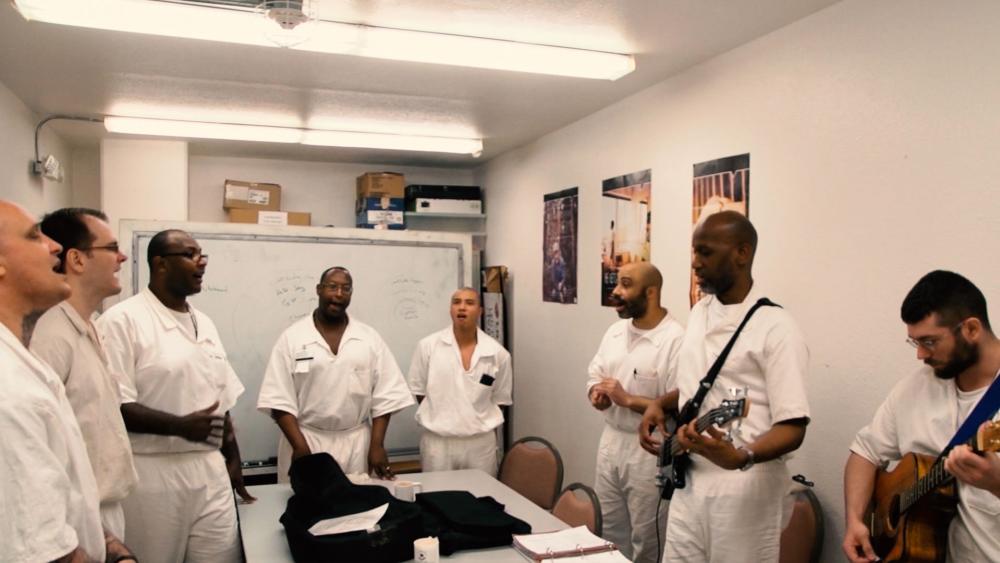 ROSHARON, Texas -- Darrington Prison, located about 30 miles outside Houston, Texas, houses some of the most violent offenders in the nation.

Yet, behind the walls of the maximum security prison, hard-core criminals are being transformed into messengers of hope.

It's all because of a program offered by Southwestern Baptist Theological Seminary.

"It's designed for undergraduate students to receive a Bible college degree to prepare them for pastoral ministry," seminary Dean Denny Autrey said.

The idea for the seminary came from Dan Patrick, the state's lieutenant governor, and state Sen. John Whitemire, after a visit to Louisiana's notorious Angola prison. Angola has a similar Bible program that has helped change the prison's long culture of violence.

"Angola was the bloodiest prison in America," Autrey told CBN News. "Since the Bible college has come there, they've reduced their crime inside the prison by 72 percent, so the idea basically is to change the culture by changing the heart with the message of the gospel."

Troup Foster, 54, is serving a life sentence for capital murder. He said his life was radically transformed after spending nearly eight years in solitary confinement.

"I was thinking about suicide, thinking about ending my life, but I remembered the Jesus from my childhood. So I got down on my knees and I cried out to God, 'Please if you're here, you're gonna have to carry me.' And from that point forward he revealed himself to me," Foster explained.

Once a member of the prison gang, The Aryan Brotherhood, Foster eventually became one of the seminary's first graduates. Today, he ministers to other hardened gang members.

"I went back and started walking those lines and just sharing my testimony with the men back there," he said. "Some of the men are real standoffish at first, but when I explain to them, 'Look, brother I been in that cage…I spent eight years where you're at'…and I do it in love."

Brandon Warren is an adjunct professor for the seminary at Darrington. He says the program is difficult for most of the students because many lack basic educational skills. He teaches the men how to write research papers and book reviews, as well as memorization skills and study habits to help bridge the gap.

"When we first got here I was intimidated," Foster said.

"I was 49 years old. I was a D and F student in high school so I wasn't sure I could cut a college curriculum. But I worked really hard that first semester and I made fairly decent grades."

Nearly 60 inmates have completed seminary at Darrington, and while academics are the major focus of the program, the spiritual transformations are what make the biggest difference.

"We know that unless they catch the Spirit and attitude of a change of heart, they will not be effective in their ministry," Autrey said. "Our purpose is to not only give them a theological education but to pass on, faculty member to student, our heart for ministry, for the Bible, for the love of Jesus and for the love of their inmates."

Vondre Cash is serving a 45-year sentence for injury to a child. Despite not being very religious, he said he felt drawn to the seminary program.

He was searching for answers after his conviction and had doubts about Christianity. But he said the love the professors and other students showed had a positive effect on him.

That love led Cash into a more intimate relationship with God. Now as a graduate of the Bible college, he shares the hope he has found with others.

"You know, it's not so much all the grand programming that we're able to do that always has the most profound impact," he told CBN News. "Sometimes it's simply praying with people, being there with people, listening to people and letting them speak about their hurts and periodically being able to speak biblical truths into their lives that will cause them to think. So that is rewarding in itself."

Warren, who once spent time in and out of prison, said the program's impact is far reaching.

"Guards asking our students to pray for them or coming to them about some biblical question they have about the Bible or the scripture, so that sort of thing has happened from the beginning," he said.

"It helps calm down what's going on at this facility and even when these offenders graduate when they go to other facilities, it helps out a lot," he said.

Changing Prison Culture, One Inmate at at Time

Graduates of the program receive a four-year degree in biblical studies and are then dispatched to prisons across Texas. They live among the general population of prisoners where they hope to encourage fellow inmates to change their ways.

"We have 66 who have now graduated from the program," Autrey said. "We have dispersed 53 of those 66 to 13 other units and their chaplains and their wardens have given them tremendous freedom to minister in the areas they've been trained."

Meanwhile, Foster, who will be 77 years old before he is eligible for parole, says his purpose in life is to serve others, whether in or outside the walls of prison.