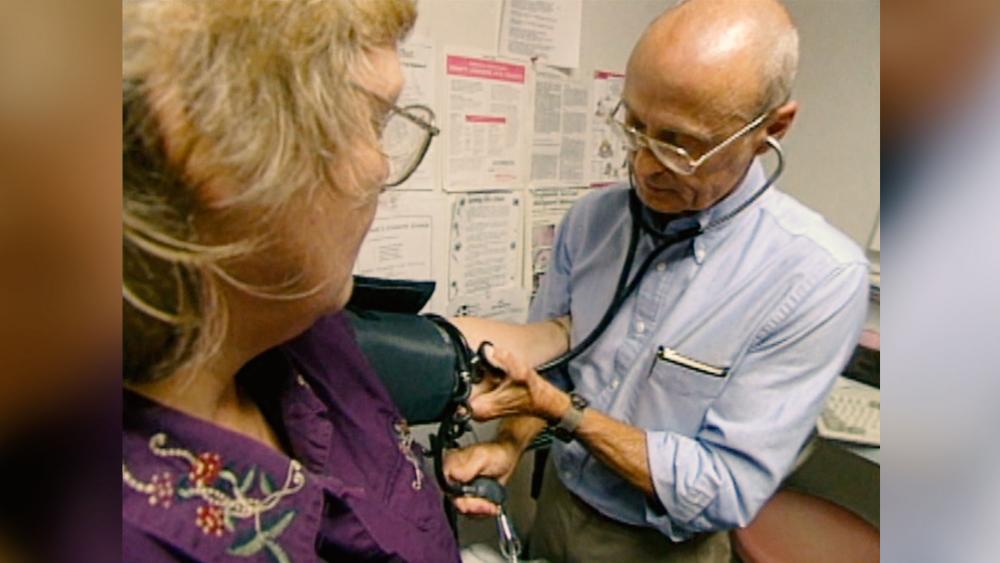 WASHINGTON -- Like many American families, Will and Tina Clark signed up for Obamacare when their employer shut down its group insurance plan.They bought a similar plan, believing promises they'd be able to keep their own doctors.

"We had a primary care, a children's doctor, OB/GYN and then a specialist and one by one as we went to utilize those doctors, those doctors said, 'Yeah, we don't take that plan,'" said Will Clark.

Not only that, in the Dallas metro area, they had trouble finding any doctors who took their plan.

"I never found another OB/GYN that would take it so I just went without," said Tina Clark.

As they paid their monthly premium, other costs mounted. Will needs an expensive shot to treat a medical condition.

Eventually the couple left their non-profit employer. Since they didn't have jobs, Obamacare dropped them. It wasn't the safety net they expected and the Clarks aren't alone.

On Facebook, Jennifer Huffman from North Carolina writes, "Overall it is still cheaper for us to be self-pay and pay the penalty than it would be for us to carry insurance. And my prescriptions are cheaper now [using coupons] than it was when I had health care coverage."

In Virginia, Stephen Kurtz writes, "Our family insurance was cancelled. Forced onto ObamaCare. Lost my doctor. Premiums up. Deductible up. Prescriptions not covered."

"Things are not looking good for people enrolled in ObamCare's exchanges because the premiums are going up by 70 percent in some states; the benefits are getting thinner and thinner so that sick people are having a hard time accessing the help that they need," said Michael Cannon, with Cato Institute.

Cannon, who's studied the law for years, agrees with former President Bill Clinton's recent description of the current situation.

"So you've got this crazy system where all of a sudden 25 million more people have health care and then the people who are out there busting it, sometimes 60 hours a week, wind up with their premiums doubled and their coverage cut in half. It's the craziest thing in the world," Clinton said during a recent speech.

Obamacare's insurance exchanges are losing major insurance companies, leaving many U.S. counties with only one or two health plan choices. Add to that an expected 25 percent increase in premiums next year.

So, what created this situation? Experts say it's a combination of insurance companies trying to fulfill Obamacare's promises and not enough healthy people signing up. Now it's costing more than expected to care for those enrolling, and even with premiums hiked up by 50, 60, even 70 percent, it's still not enough.

"What has happened in Obamacare is the federal government said, 'Well, we're going to rob Peter in order to provide health care for Paul. The problem is they didn't rob Peter enough and so the insurance companies aren't getting the sums of money they would need to fulfill all of Obamacare's promises," Cannon explained.

Rick Hammett is a veterinarian practicing in rural Virginia. His insurance premiums have more than tripled.

"When the Supreme Court affirmed Obamacare, I was paying $232 a month," Hammett told CBN News. "So, we've gone from $232 to $740 in the four years since the Supreme Court has made the Affordable Care Act the law of the land."

Those extra costs create a ripple effect beyond Hammett.

It's a health care machine that appears to be crumbling under its own weight. Tevi Troy served as deputy health secretary under former President George W. Bush and is now president of the American Health Policy Institute.

Six years after the Affordable Care Act was passed, it's still polarizing.

"I think the biggest thing that bothers me with Obamacare was the way it was sold, that the American people were just absolutely misled," said Hammett, standing in his vet clinic with one of his patients.

Troy says what really worries him is watching where the nation is heading.

"When all the Baby Boomers will have retired, around when the Medicare hospital trust fund goes bankrupt, when Medicaid annual costs go over a trillion dollars per year, when some predicted, including some who worked on the ACA and the Obama White House, predicted when employers largely get out of the game -- although I'm not sure that happens -- if all these factors come together we're going to have a real health care financing crisis in this country," Troy warned.

The Clark family is once again on an employer-sponsored plan and no longer depends on Obamacare.

"I was never so happy to get off anything in all my life just because it was just a hassle and not knowing if something happens to your child or not having that - being able to not have a doctor and get an appointment and not be faced with thousands of dollars of medical bills. That's a peace of mind that basically was stripped away," recalled Tina.

Open enrollment begins Nov. 1. As insurance companies pull out of exchanges, at least 1.4 million peoplein 32 states will be left searching for coverage.