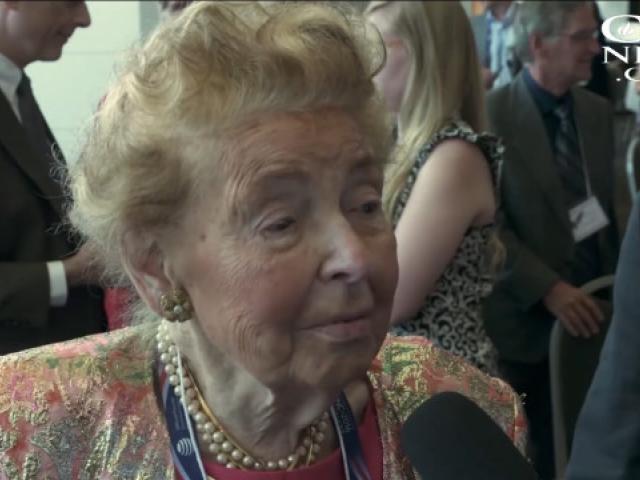 Phyllis Schlafly, longtime conservative political activist and founder of the pro-family Eagle Forum, died Monday at the age on 92. She is perhaps best-known for leading the fight that defeated the Equal Rights Amendment in the 1970s.

Ralph Reed, chairman of the Faith and Freedom Coalition, talks about the life and legacy of Phyllis Schlafly below.

The Eagle Forum released a statement announcing her death. Her son, John Schlafly, said she died of cancer at her St. Louis home.

"Phyllis Schlafly spent an astounding 70 years in public service of her fellow Americans," the statement read. "Her focus from her earliest days until her final ones was protecting the family, which she understood as the building block of life. She recognized America as the greatest political embodiment of those values."

Schlafly authored 27 books and thousands of articles and spoke tens of thousands of times across the United States.

"Her joy in life was evident to all through her smile and wit," the Eagle Forum said in a statement on her passing.

Dr. James Dobson, who fought alongside Schlafly for years to champion key conservative issues, said "truly, a giant has fallen."

"I was saddened to hear the news of Phyllis Schlafly's passing. For over 30 years, we fought side-by-side to protect the rights of the unborn and to deny feminism's assault on American values," he said. "Phyllis had courage when others didn't, resoluteness when others faulted, and she never lost hope. Her life reminds us of the power of a single, American voice to literally change the course of history."

"I just pray to God that her legacy will be carried on by all those left to fight another day," Dobson continued. I dare not imagine what America would look like today without the courageous work of this dignified lady. What a privilege it was to call her a dear friend. May God be with her family and may God be with America. Truly, a giant has fallen."

"Phyllis and I shared a friendship of over 30 years," Reed said. "Her influence on modern American history is hard to overestimate. She led the fight to defeat the Equal Rights Amendment, transformed the Republican Party into an unapologetically pro-life institution, and inspired generations of conservative activists and elected officials. We honor her memory and her contribution to the pro-life and conservative cause."

Schlafly broke onto the national scene in 1964. Her book, A Choice Not an Echo resonated with conservatives across the nation and sold 3 million copies.

A factory worker in World War II, she pursued education, graduating from college and going on to obtain a master's degree and a juris doctor.

However, she considered her greatest achievement founding the Eagle Forum to influence American politics and culture in 1972.