An already historic Virginia Church will set out to make history again by allowing its Freedom Bell to make the journey to Washington, D.C. and ring at the dedication of the National Museum of African American History and Culture on Sept. 24.

First Baptist Church in Williamsburg, Va. is believed to be the first black Baptist church established by African Americans, for African Americans and in 1886 the Freedom Bell was acquired to serve as a symbol of the start of racial equality and freedom for Blacks.

"Our congregation was formed secretly in a plantation wood by our brothers and sisters – enslaved and free – who sought simply to worship as they wished, just as our new nation asserted citizens' unalienable rights," said First Baptist Church Pastor Rev. Dr. Reginald F. Davis. "Their courage and our unwavering faith have sustained the First Baptist Church since 1776 through war, segregation and the ongoing struggle for equality."

The Freedom Bell was installed in the church's current sanctuary in 1956, but stopped working due to architectural and mechanical issues.

In 2015, under the guidance of a Colonial Williamsburg conservation and operations team, the bell was restored and the church belfry and vestibule renovated so that it could ring anew.

"Just last year we set out to restore our long-silent bell so that it might ring out during our 240th year in a call to the nation for healing and justice," Davis said. "That it will ring on such a day in the presence of our nation's first African-American president, is a glorious advent that we could not have shared in our prayers or imagined in our wildest dreams."

The work to restore the bell began with the Let Freedom Ring Challenge, which called on the nation to visit the church and ring the bell for justice, peace, and racial healing during Black History Month 2016.

Descendants from Thomas Jefferson and Sally Hemings were the first member of the public to ring the bell Feb. 1 and more than 4,000 others would follow in their steps and ring the bell.

The Freedom Bell will complete its final journey and return to First Baptist Church on Oct. 16, the congregation's 240th anniversary.

"First Baptist's is a crucial American story that parallels our entire nations. The Freedom Bell embodies both our shared history and our nation's founding values as we work toward 'a more perfect union," Colonial Williamsburg President and CEO Mitchell B. Reiss said.

"For this bell to ring at this moment in history closes an arc in fitting, even poetic fashion. Both our institutions are honored and gratified by the Freedom Bell's role in this momentous event," Reiss added. 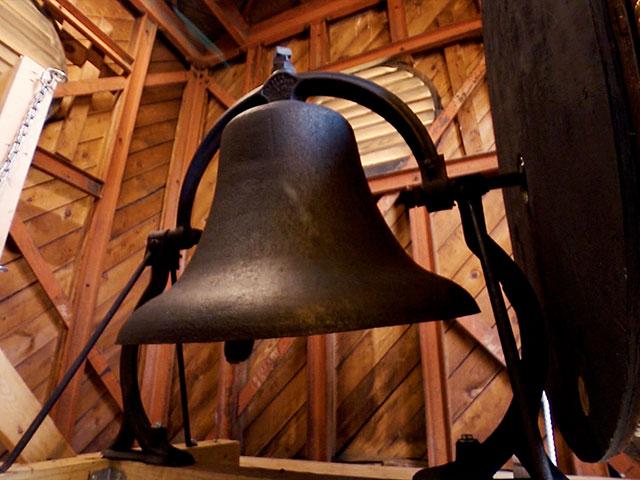