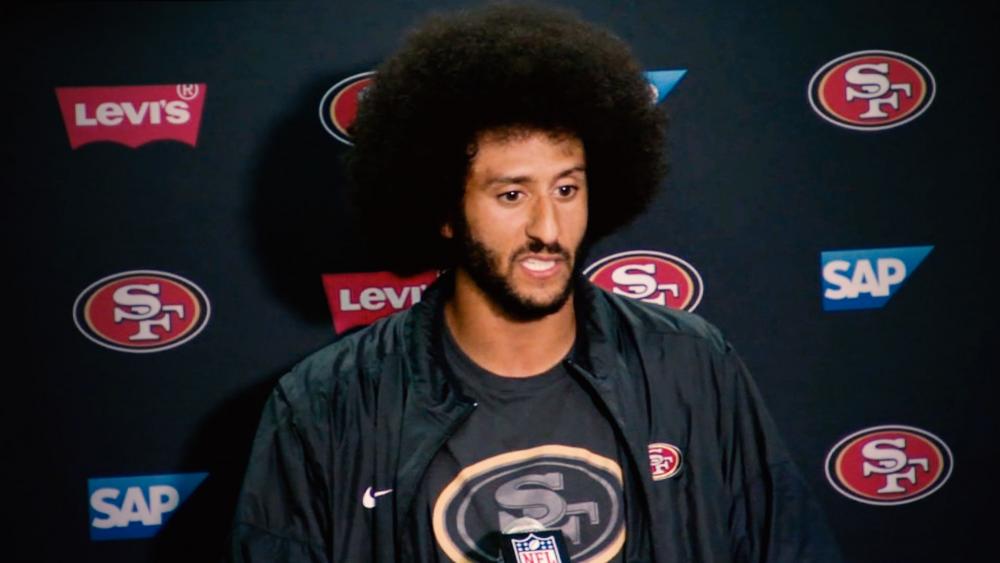 NFL quarterback Colin Kaepernick continued his protest of injustice by kneeling during the national anthem during Thursday night's game in San Deigo, and he was not the only one.

All eyes were on the 49ers quarterback when he dropped to his knee while a naval officer sang the national anthem and military members unfurled the U.S. flag. His silent protest was joined by teammate Eric Reid and Seahawks cornerback Jeremy Lane.

Why This Former Green Beret Supports Kaepernick's US Flag Protest

Keapernick says he hopes to draw attention to a number of issues, including racial injustice and unfair treatment of military veterans who struggle after returning from combat.

Kaepernick says he and his teammate never decided to take the knee without talking to a military vet first.

"Eric as well as myself had a long conversation with Nick Boyer, who is a military vet about how we can get the message back on track and not take away from the military," he said. "As we talked about it we came up with the idea to take the knee."

Many, however, are still outraged by Kaepernick's actions.

"This is America, okay? Men and women bleed for this. I've seen it first-hand. And for someone to do this, who gets paid millions of dollars is ridiculous," said one military veteran who attended the game.

Kaepernick says he is not anti-America but is just trying to call out injustice where he sees it.

"I'm not anti-American. I love America," he said. "I love people. That's why I'm doing this. I want to help make America better, and I think having these conversations helps everybody have a better understanding of where everybody is coming from."

Still, many people are raising their brows over Kaepernick's decision to wear a pair of socks depicting police officers as pigs.

"It's just ridiculous that the same league that prohibits the Dallas (Cowboys) football club from honoring the slain officers in their community with their uniforms stands silent when Kaepernick is dishonoring police officers with what he's wearing on the field," Bill Johnson, executive director of the National Association of Police Organizations, told USA Today Sports.

Kaepernick took to Instagram to defend his actions, saying, "I wore those socks in the past because the rogue cops that are allowed to hold positions in police departments not only put the community in danger, but also put the cops that have the right intentions in danger by creating an environment of tension and mistrust."

"I have two uncles and friends who are police officers and work to protect and serve ALL people," he continued. "So before those socks, which were worn before I took my public stance, are used to distract from the real issues, I wanted to address this immediately."