Locking Arms and Kneeling: Miami Dolphins vs. Seattle Seahawks on 9/11 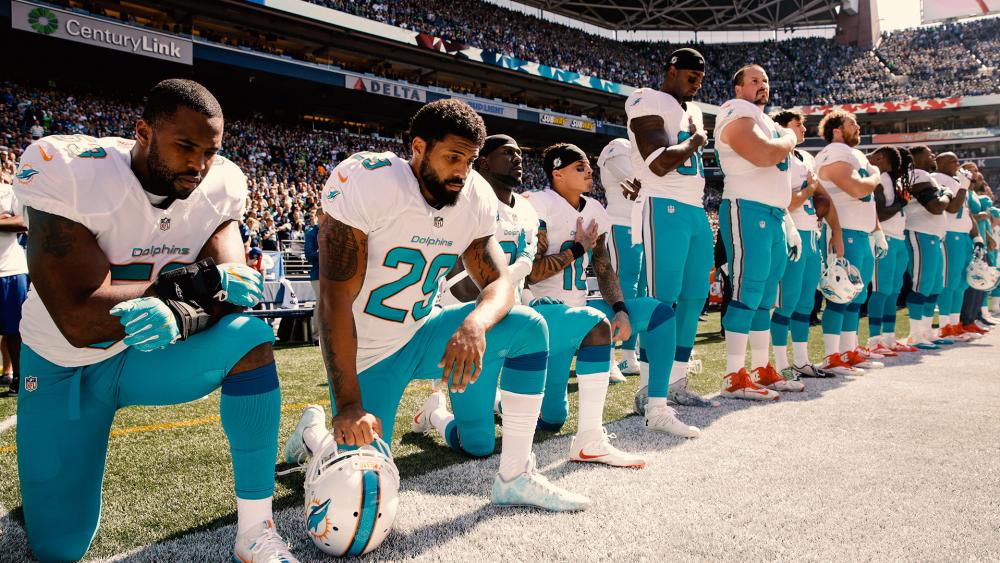 All 53 Seahawks, coaches and staff members, locked arms during the national anthem before their opening game against the Miami Dolphins Sunday, marking the 15th annivesary of 9/11. Four Miami Dolphins were seen kneeling on the ground.

Seahawks quarterback Russell Wilson offered a strong counter to San Francisco 49ers quarterback Colin Kaepernick's flag protest, which has been followed by other players in the NFL.

"When I look at our football team and the people we have in the locker room, we have so many guys who come from different socio-economic statuses, different races, different relationship situations and all that, and mixed kids. Just a lot of different situations," Wilson said.

#BVD “Let your eyes look directly forward, and your gaze be straight before you.”
Proverbs 4:25 ESV

Players and staff came up with the idea on Friday. Seahawks cornerback Richard Sherman said the team is trying to "build a bridge."

Wide receiver Doug Baldwin said the players are working to schedule a meeting with the mayor of Seattle as well as local law enforcement.

"We know that there has to be change and progress," Baldwin said. "Change is inevitable. Change will always happen. But you got to apply direction to change, and that's when it's progress. And so right now what we're doing as a team, we have a follow through," Baldwin said.