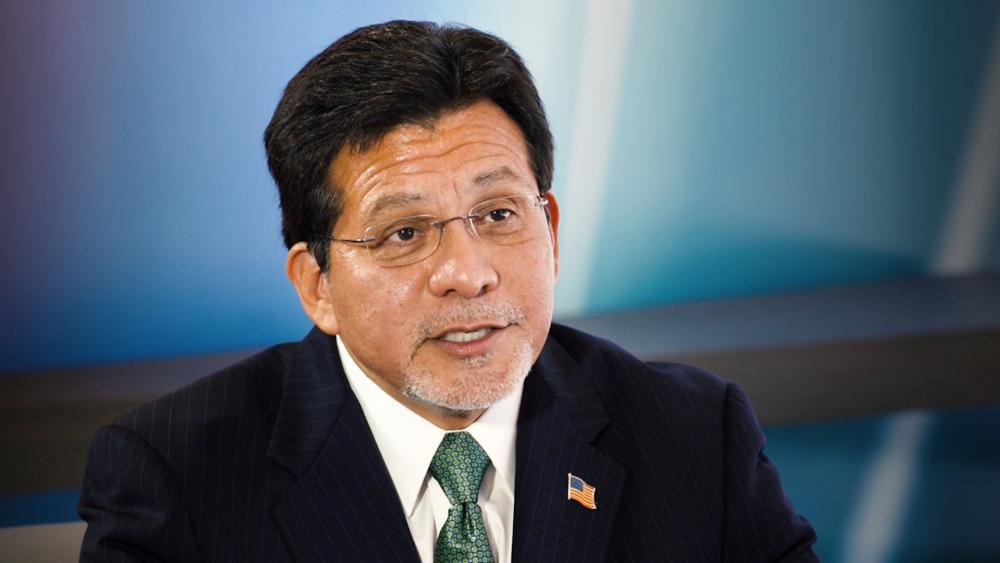 WASHINGTON -- It has been nearly 15 years since the United States was attacked on 9/11.

One of the people closest to President George W. Bush that day was his chief counsel, Alberto Gonzales, who went on to become attorney general.

For Gonzales, the evening of  9/11 was the most memorable moment of his many years of public service. He watched President Bush walk from Marine One as he returned to the White House for the first time after the attacks.

"I was very, very curious about what I would see in his face and so when he gets off the helicopter and approaches us he doesn't say a word. He just sort of acknowledges us and walks straight by us in the Oval Office and I knew we were going to be okay," Gonzales recalled.

"He was determined, he was ready to go, he knew that he had a job to do and that we all had to do in protecting America," he continued.

In the days that followed, Gonzales and his team faced a firestorm of legal questions over the Patriot Act, interrogation techniques, and pending war.

Despite controversy, he believes the relative security America has enjoyed since 9/11 proves the policies worked.

"We put in place this framework that we hoped would outlast the Bush presidency. We felt it was that important to do that to protect our country going forward," Gonzales told CBN News.

Today, he's dean of the College of Law at Belmont University, but still engaged in politics.

"If you were attorney general today how would you have handled the Hillary Clinton email investigation?" CBN's Jennifer Wishon asked.

"Because at the end, this really isn't about Loretta Lynch," he continued. "This is about justice and the appearance of justice and anything that shades that, that harms that in the eyes of the American people is not good."

The story of how Gonzales arrived in Washington is unlikely. His mother still lives in the two-bedroom house his father built for their family of 10 in Humble, Texas. It's where he learned the value of family and faith.

He has written about his journey in his new book, True Faith and Allegiance where he deliberately addresses all the controversies he has faced in order to clear the air.

Looking forward, Gonzales says he hasn't made up his mind about Republican presidential candidate Donald Trump.

"You know, we have two very flawed candidates, in my judgment, for president. I'm hopeful whoever wins the election is going to grow into the job," he said.

But he's certain about what's important.