State of Emergency in Charlotte after Second Night of Violence 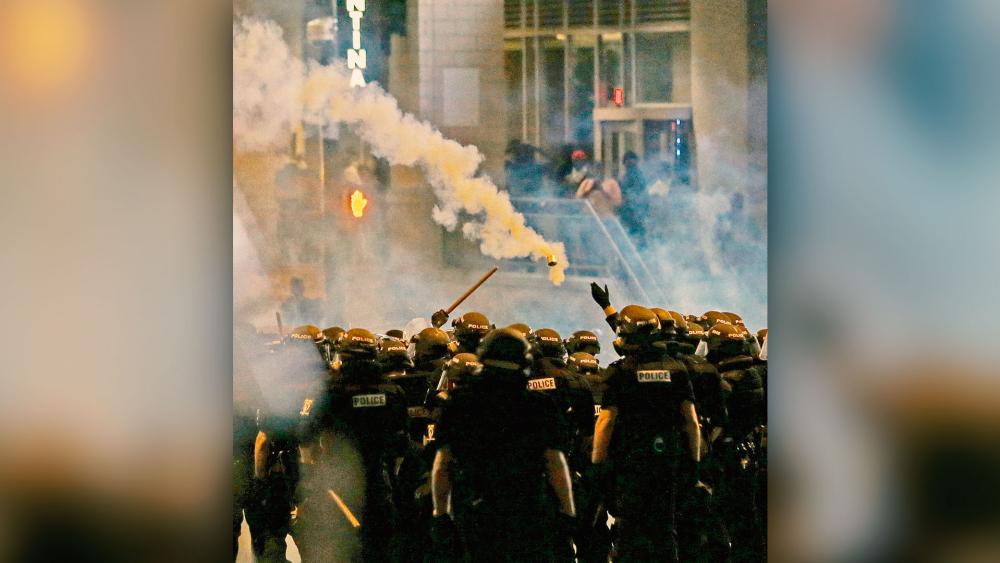 Another night of violent protests broke out in Charlotte, North Carolina, in the wake of the killing of Keith Lamont Scott, a black man shot by a black police officer.

Police say a gun was recovered on the scene. His family, however, insists he didn't have a gun, but a book.

"Mr. Scott exited his vehicle, armed with a handgun...as the officers continued to yell at him to drop it," Charlotte Police Chief Kerr Putney said.

The officer who shot Scott, Brentley Vinson, was not wearing a body camera, but three other officers on the scene were.

The Charlotte Police Department won't release that footage, saying it's evidence in the investigation. But that is only angering protestors more and Wednesday night the violent demonstrations led to injuries.

One man is now on life-support after being shot in the head by another civilian and the Charlotte Police Department says four of its officers were injured.

Even journalists found themselves under attack. A CNN reporter was pushed to the ground on live television and protestors attempted to throw another reporter into a bonfire but were stopped by police.

North Carolina's governor has declared a state of emergency, calling in the National Guard and state police to help restore order.

Meanwhile, both Donald Trump and Hillary Clinton are speaking out about police-involved shootings in Charlotte and a separate incident in Tulsa, Oklahoma.

Trump says that although he's a tremendous supporter of the police and law and order, he was "very, very troubled" by the shooting in Oklahoma and called for a national expansion of the policy of "stop-and-frisk."

Clinton, meanwhile, has made curbing gun violence and police brutality a central part of her campaign.

"It's unbearable and it needs to become intolerable," she said on Wednesday.

With the latest controversies in police shootings -- and the terrorist attacks in New York, New Jersey and Minnesota -- these issues are now guaranteed to be on the front burner for Monday's first presidential debate between Clinton and Trump.