More than 20,000 Americans sent a letter to every member in Congress asking them to take a stand for Christian values.

My Faith Votes, a non-partisan Christian organization, hand-delivered the open letter to Congress this week after it was signed by Christians across the nation. Christian leaders like Rev. Samuel Rodriguez, Dr. Alveda King and J.D. Greear are the among the thousands who signed it.

The letter calls on Congress to stand by four basic principles: Religious freedom, the sanctity of human life, the protection of the family and marriage, and compassion for the least of those in our society."

The letter states that religious liberty is "our first freedom," and is "more than a freedom to worship or attend a worship service. It covers the right to live out faith with a clear conscience in the public square."

This point is based on concerns that faith "has come under heavy attack." The letter cites the case of a Washington state football coach who was fired for praying on the field as an example.

"This is an affront not only to peopel of faith but to the very ideals America stands for," it goes on to say.

The letter also calls on Congress to protect human life as "made in the likeness of God" and to protect the family unit as "the building block of society."

The final issue the letter addresses is compassionate care for those in need.

"A nation is ultimately judged by the way it cares for and lifts up those in need," the letter says, and asks Congress to support policies that "alleviate poverty, combat unjust discrimination, and increase opportunity for all."

The Christians who signed the letter hope to send the clear message that "faith makes America stronger" and should be protected by the nation's top leaders.

"We thank God for the incredible blessing of living in a nation that's anchored in the self-evident truth that 'all men are created equal.' We pray this truth, along with the above principles, will guide you as you serve your term in office, and that you, as so many have before you, might be a champion of every American's unalienable rights," the letter concludes.

Throughout the week, My Faith Votes will individually deliver the letter to each new member and to senior leaders of the 115th Congress. Individual letters are also being mailed to the remaining state senators and representatives. 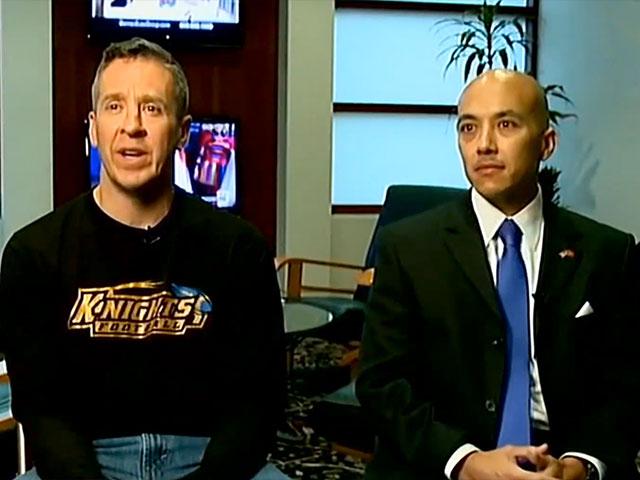