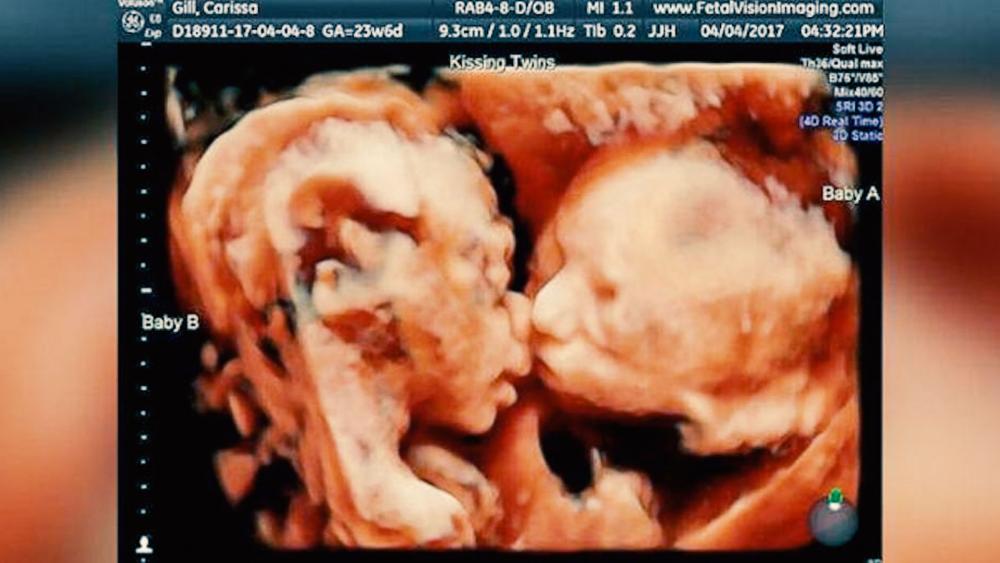 Twin sisters are showing the world the beauty of life before they’ve even entered the world.

When Pennsylvania resident Carissa Gill went to get her 24-week ultrasound at Fetal Vision Imaging in Levittown on April 4, she got a “big shock” when she saw her twin girls – named Bella and Callie – facing each other, she told ABC News.

During the sonogram, the first-time mother could see her daughters’ mouths opening and closing before Bella began to kiss Callie’s cheek.

The facility, which offers parents a chance to see their baby in 3-D or 4-D, congratulated Gill on Instagram.

Congratulations Carissa and Randy with your kissing twins! Thank you for coming to Fetal Vision, we hope you enjoyed your experience with us! #FetalVision #KissingTwins #HDUltrasound www.FetalVisionImaging.com

The girls’ father, Randy Good, said it was “priceless” to see the unique sonogram.

Gill and Good said they look forward to sharing the photo with them in the future. It may even serve as a good reminder of their love when they have an occasional sibling fight as they get older.

“I don’t know if they’re going to love each other as much as they do when they are in the womb, but we can use it as blackmail later on,” Gill joked.

The identical twins are due on July 28. Two weeks before the monumental photo was taken, they kicked for the first time.