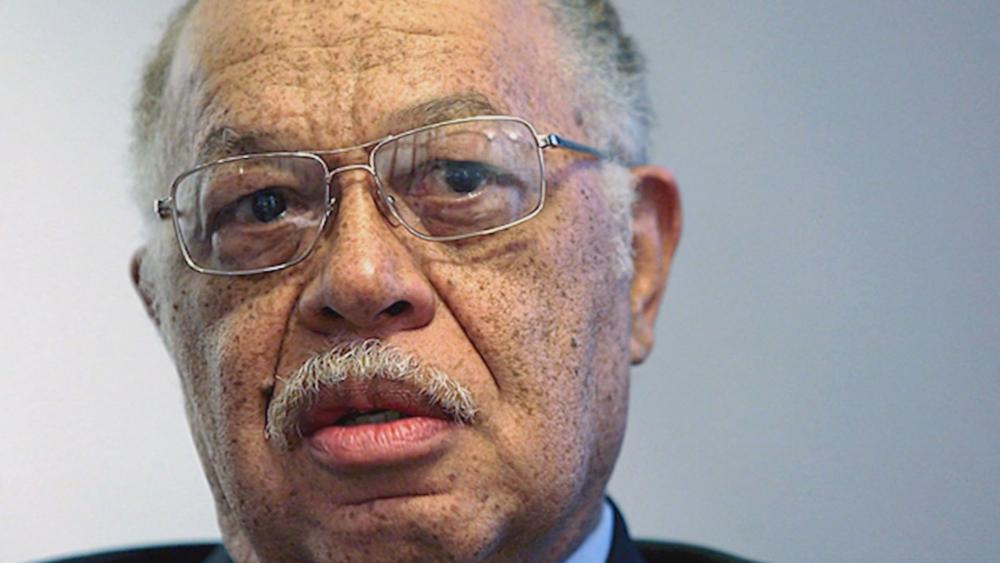 LOS ANGELES – Abortionist Kermit Gosnell will spend the rest of his life behind bars for killing potentially hundreds of babies born alive at his Philadelphia clinic.

"You do the math," said filmmaker Phelim McAleer.

According to the grand jury report, Gosnell killed the babies by severing their spinal cords with scissors. Investigators discovered refrigerators full of aborted fetuses in his offices.

Jurors also convicted the 76-year-old of manslaughter after he botched an abortion and killed the 41-year-old patient.

In their bombshell new book, Gosnell: The Untold Story of America's Most Prolific Serial Killer, McAleer and his wife Ann McElhinney highlight in graphic detail the abuses that took place in Gosnell's "Women's Medical Society" clinic.

The couple told CBN News how they came to investigate the case, which was largely ignored by major media outlets.

Being a Voice for the Voiceless

"There's nothing more voiceless than these children that were born alive and murdered by Kermit Gosnell; who cried, who breathed, who moved, who struggled for life, one who swam in a toilet. And the fact that no mainstream media journalist wanted to tell those stories in graphic detail and on and on and on, repeated stories in New York Times is bizarre," said McElhinney.

One journalist who provided coverage for the trial was USA Today columnist Kristen Powers, who criticized fellow reporters.

"You don't have to oppose abortion rights to find late-term abortion abhorrent or to find the Gosnell trial eminently newsworthy," wrote Powers.

"This is not about being 'pro-choice' or 'pro-life.' it's about basic human rights. The deafening silence of too much of the media, once a force for justice in America, is a disgrace."

CBN News Has Covered the Gosnell Case from the Beginning:

Tip of the Iceberg: Gosnell Case Exception or Rule?

McAleer and McElhinney also attended the trial; something they admitted was both eye-opening and life-changing, especially for McElhinney, who said she was once very suspicious of pro-lifers.

"When I was younger those images that you'd see from protesters, pro-life activists, there were pictures - very graphic images - and I mistrusted them," she said.

"So that changed me."

The couple also highlights how the abortion industry protected Gosnell for decades, despite multiple violations at his business.

"When the National Abortion Federation visited the clinic and saw those horrible and disgusting conditions, rather than call the police, rather than report it, they ignored it," he said.

"The grand jury - when they did the report - named names, lots of names...there was one person who got anonymity in that report and that was the person who was the national abortion federation inspector, that person was given anonymity and I think it's a question worth asking, how did that person get anonymity?" said McElhinney.

The pair also visited Gosnell in prison where they say he exhibited bizarre behavior which included touching McElhinney's leg and singing to her in French.

"The disconnect between reality, the reality of who he is and what he's done, and the way that he appeared to us was staggering."

"Kermit Gosnell also believes he's going to be vindicated in the present day even though he's serving a life sentence without parole, with no possibility of parole. He tells us he's in training for a triathlon because he's going to do a triathlon when he's released...he's living in quite a fantasy world," he added.

"He loves to boast about his travel, how cultured he is," said McAleer.

"…We talked about how he'd been to Poland, how he visited Auschwitz. But when we asked him about Auschwitz he used a word to describe Auschwitz that I never heard anyone use before in the history of the planet. He described Auschwitz as 'impressive.'"

McAleer and McElhinney are committed to exposing the Gosnell story to a wider audience which is why they plan to release a television movie about the case.

But they say that major studios in Hollywood rejected the film because of its controversial subject matter.

"We thought, we have a great film here and it has been shown to every large distributor in Hollywood and every large distributor in Hollywood did two things. Number one, they rejected us but number two, none of them said, not one of them said the film wasn't good. In fact, they said, wow, this is amazing but it's just too controversial for us," McElhinney said.

They even faced censorship while attempting to raise money on the crowd-funding site "Kickstarter."

"From the very, very get-go there was opposition to this," said McElhinney.

Eventually, they were able to raise more than two million dollars for production.

Meanwhile, the filmmakers from Ireland hope to uncover more dirty secrets within the abortion industry, while remembering the lives of those it has taken.