How a Chinese American Church Saved a Family 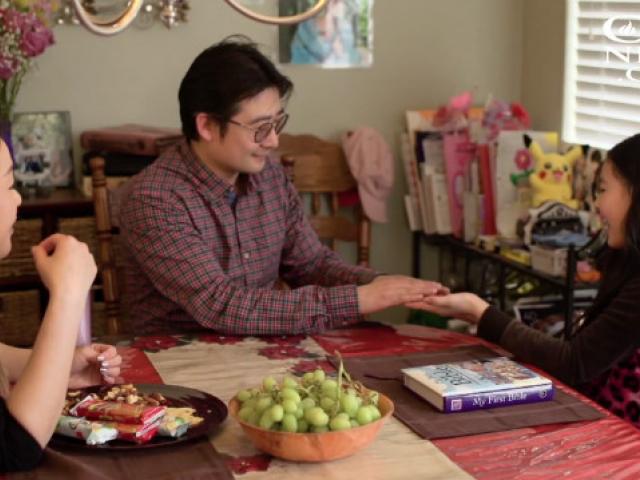 How a Chinese American Church Saved a Family

One of the fastest growing churches in America is the Mandarin-speaking Chinese church. From large urban areas to small rural communities, young Chinese immigrants are coming to Christ and their lives are being transformed for the better.

Like many parents, Chinese Americans often find communicating with their children challenging.

Yang Jie moved to the United States when she was 13. That’s when the relationship with her parents became more troublesome.

“The family rules were very strict. I had to be successful in everything. If I got a 98 on an exam, I would get punished. Asians are supposed to be perfect, according to my parents.”

Yang Jie had to learn to obey the rules in a hard way and couldn’t quite understand why her parents treated her that way.

Despite the conflict, Yang Jie never doubted her parents’ love. They encouraged her to find her passion so, eventually, she took up dancing and spent much time practicing in the studio and performing.

“That was the biggest motivation for me to work really hard to get better and wear beautiful dresses in the dance school. All the fame and praise from the audience made me feel special.”

Life was good and she fell in love with Paul. But Yang Jie placed the same expectations of perfection on Paul as her parents placed on her. Soon everything changed and their relationship soured.

“Both of us weren’t talking to each other. We were mad at each other and I was waiting for her to apologize to me first. It was painful,” Paul explained.

Their marriage and family life were about to collapse.

“I wanted to leave my wife. Both of us were selfish and we didn’t know why God put us together as a couple,” he said.

Their daughter Crystal was traumatized by the constant fighting and arguments.

“I would get mad and sad at the same time. I didn’t think my dad should treat my mom like that,” Crystal insisted.

In the midst of trouble and uncertainty, Yang Jie and Paul started to attend local Chinese church services. The pastor showed them and other young couples how to build strong and stable families in God’s way.

“In Virginia Beach, the Chinese population is large and growing to nearly 10,000. There are always new people coming in looking for a sense of belonging," explained Pastor Tim Liu. “As a church, we need to connect with them, introduce them to the gospel. Many of them have not heard of Jesus before.”

Liu’s Chinese church in Virginia Beach is growing, just like many others throughout the nation.

In 2016, according to Homeland Security’s Yearbook of Immigration Statistics, the United States granted almost 41,000 immigrant visas to mainland-born Chinese citizens.

And the Chinese Christian Churches and Organizations Directory says the number of Chinese churches in the United States grew from 1,200 in 2006 to 1,600 by 2011.

And some churches are coming together to more effectively reach young Chinese.

“Other churches are willing to support us and our ministries. Many Chinese moved to the U.S. for prosperity, success. However, some realized later on, they have spiritual avoidance in their lives," said Pastor Liu. “They are looking for purposes in life. When they come to us we can give them answers. They need Jesus.”

Gradually Yang Jie and her husband found their purpose as a couple and their marriage was healed.

“Paul and I are Christians now. That’s not enough. We need to constantly pray as it's the air we breathe, and we need to read the Bible like it's the food we ingest,” said Yang Jie.

Daughter Crystal said she was happy that Jesus restored her parent’s marriage, brought peace to the family, and gave new meaning to her life.

“Jesus means Lord and Glory and thankfulness to me. Jesus died on the cross for us and forgave our sins.”

“Jesus changed all of us. We need to follow the Lord faithfully and continue to serve Him. We were lost; now we belong to the Father.”