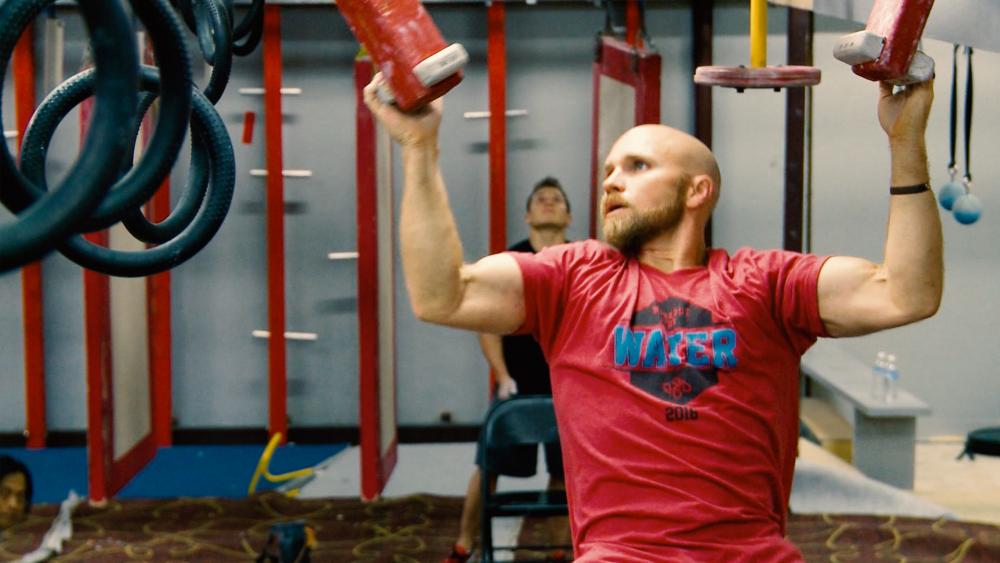 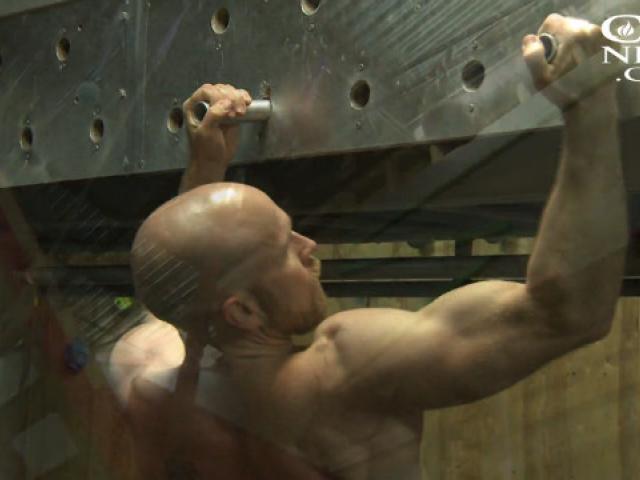 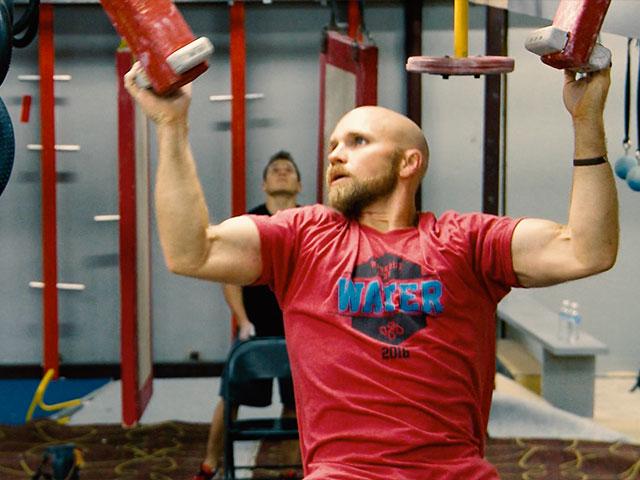 Web Extra: Grant Clinton Talks About Salvation and a Visit from Jesus

When you think of a ninja, the image of a stealth figure clad in black probably comes to mind.

He shared his amazing story of survival with CBN News.

The 39-year-old Texan is in incredible shape. He gave CBN News an inside look at his preparation – high-intensity interval training, conditioning and moving quickly through tough courses.

"Really, the obstacle by themselves lots of times isn't real difficult," Clinton said. "It's putting them together and then having enough energy on obstacle eight, or nine, or 10 to be able to not be pumped out with your muscles being just so fatigued and tired, so that's what I'm trying to build that up so they don't get fatigue."

Clinton trains about five or six days a week, heading to the gym for about two hours each day before work.

When not training, Clinton is a mortgage banker.

"I had a lot of encouragement from the people I was training with," he shared. "They're like, 'What do you do? What's going on here?'"

"Actually, Daniel Gil, who's been on the show, he was telling me, 'Hey, you really are good at this. What's your thing?' I was like, 'I do mortgages,'" he chuckled.

Clinton also competed as a gymnast in college which helped him make a better transition to the ninja world.

During one typical training session, however, the unexpected happened.

"I felt just a huge pressure in my head that I thought was just a terrible headache," Clinton explained. "I kind of had to step aside for a little bit and figure out what was going on, and the pain just got worse."

He underwent an emergency CT scan which showed bleeding in his brain. An ambulance rushed him to the hospital for surgery.

Clinton's wife Lindsey recalls the weight of that moment.

"He told me that everything was going to be okay," she said, fighting back tears. "It's like so fresh even though it's been so long."

"It's just one of those conversations you don't really plan on having at our age," she added.

After surgery, Clinton learned he suffered a stroke – a type with a 50 percent fatality rate.

"It was just kind of a big shock to everyone," he told CBN News. "I worked out all the time; I wasn't overweight. My cholesterol was low; I didn't have any genetic history of stroke."

A week after leaving the hospital, Clinton attended a Christian men's retreat with his church, which focused on healing. He still felt a lot of pain and pressure, and the men prayed for him.

"I came in, heavy medication, terrible pain, pressure, and then two days later, I left with no meds, no pressure, no pain," he said.

"Seeing the Lord just literally lift that off of me through these men going to war for me was amazing, and it was a miracle," he continued.

Clinton eventually resumed his ninja training and about six months after the stroke, he made it on national television.

Amazingly, he completed the regional finals – became a crowd favorite – and made it to the nationals.

Although Clinton made an earlier exit than he hoped, his story connected with people around the world.

"Being a believer, that's what it's all about. Really, it's not about me being up there and performing well," he said.

"Of course, I'm a competitor, and I like to do well. I want to compete well," he continued. "But, God's glory is first, and I want my story -- I want the people that have watched me to know what's going on, to know that God is still working miraculously in today's world."

"It's not only in what we read in Scriptures, but He's still doing it today," he added.

And this believer is giving back.

While competing, he wore a shirt emblazoned with the word "overcomer," which is based on Romans 8:37.

After a lot of people asked to buy the t-shirts, Clinton got down to business and donated the proceeds from sales to the Scott Coopersmith Stroke Awareness Foundation. He hopes to do the same again this season.

Looking back, Clinton says it's not clear why he had the stroke, and he's okay with that.

And that encouragement resumes in June along with the chance at a million dollars.