Indiana Nice vs. DC Vice – Karen Pence on Faith, Family and Her Heart for Healing 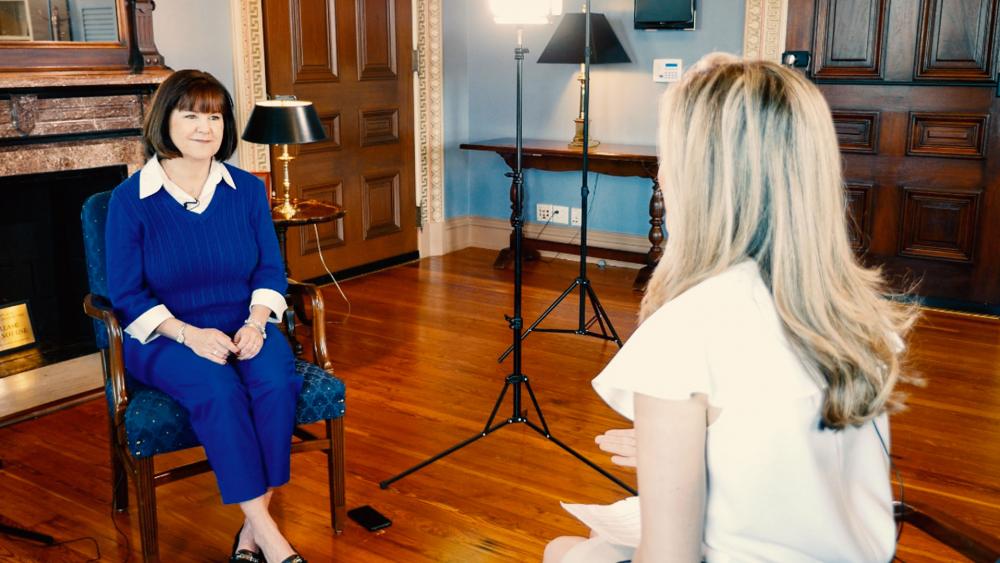 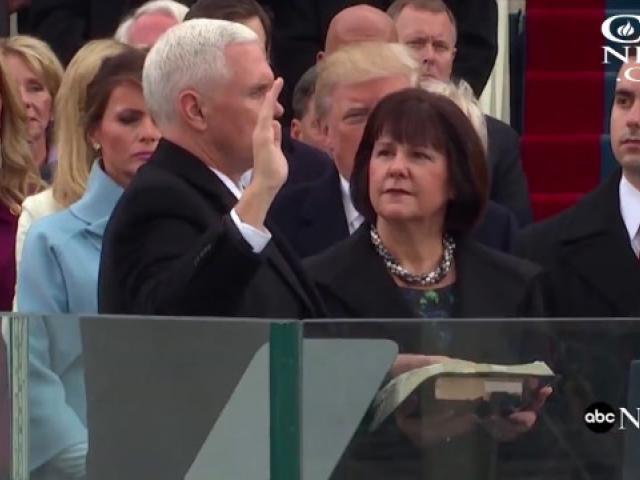 Indiana Nice vs. DC Vice – Karen Pence on Faith, Family and Her Heart for Healing

WASHINGTON – She's been around politics for a long time. But Karen Pence – wife of the former Hoosier State governor, former congressman, and now Vice President Mike Pence – has experienced how brutal and unforgiving the Washington media machine can be, even to those behind the scenes.

CBN News spoke with Mrs. Pence in her first sit-down interview since moving into office.

We asked the Second Lady of the United States what she would like the public to know about her.

"You know, honestly, I like to focus more on what we're focusing on in the office because I don't really feel like the story should be me. We're pretty average people," Mrs. Pence said.

She preferred not to talk about recent headlines and social media reaction to her husband's personal and strict policies to protect their marriage – a decision grounded by their faith. But Mrs. Pence did open up to us about her strong Christian beliefs and the role faith plays in her day-to-day life.

Giving God Your Life, Every Day

"Well you know Mike said to me once, 'It's not about giving God your day, it's about giving your life to God every day,' and that's something I just believe firmly in. And so I think honestly for me, it's important to spend time in the Word each day. That brings you into God's presence and just kind of sets the stage for the kind of day you're going to have.

"It's interesting because when we first started dating I remember saying something to Mike, something silly like, you know, 'Oh, you're my number one.' And he stopped right there and he said, 'You know what, I'm probably going to disappoint you if you make me number one in your life.' And what he was talking about was, you know, you need to have God as number one. Jesus needs to be number one in your life. [Mike] doesn't mind being number two but he just said, 'You know, I'm human and I'm going to let you down.'"

CBN News wanted to know what she says makes a successful marriage and family.

"Well I think the secret to our family being successful, actually I wore this little bracelet today, I wear this a lot," she said. "This is a bracelet my son gave me. He engraved it. It says, 'Mama Platoon sergeant' but on the other side he put his favorite quote, his favorite mom quote. And it is, 'I'm not going to let what's going on out there affect what's going on in here.'"

The Pences' deep faith and commitment to their marriage resonates with a lot of Americans. And it's something the White House is quick to defend.

"They have a beautiful marriage that should be held up as an example of a great Christian marriage," said Senior White House Advisor Kellyanne Conway. "And it's also their business. You know, I really have to find the irony in those who scream about everybody's privacy and their individuality and then they're passing judgment on someone else's marriage."

Helping the Hurting Through Art Therapy

One of Mrs. Pence's passions is helping the hurting through art therapy. She loves to paint, and before she was First Lady of Indiana, Karen Pence taught art to elementary school children for 25 years. While she's an artist herself and an art teacher, she cannot practice art therapy. But she's been a big advocate for art therapy in Indiana for the last dozen years or so and hopes to do the same now on a national scale.

"What we found is, art therapy can be used for anyone who's experiencing trauma. So I've been involved a lot with children's hospitals and children with cancer," Mrs. Pence said. "It's also something that can be used a lot and very effectively with wounded warriors who are going through PTSD. It's very effective with people who have eating disorders. It could be used for grief counseling. It could be used for someone who has experienced any kind of trauma."

Because members of the military often experience trauma and because the Pences' son serves in the Marines, supporting military families is another initiative that's close to her heart.

A few weeks ago, Mrs. Pence hosted about two dozen military women at the vice president's residence in honor of Women's History Month.

She also visited Maryland's Fort Mead and the Naval Air Station in Meridian, Mississippi to recognize those serving there, and their loved ones.

"You have the spouses also, and they may not put on the uniform but these are women who make just as many sacrifices as the women who put on the uniform. They move regularly, they have to change their job all the time, they have to be single mom or single spouse for long periods of time and it's a very difficult life. And so we went to Naval Air Station in Meridian and it was just wonderful. We encouraged all the spouses there. We had a big event in the hanger, pictures with all of them. We just tried to encourage them and let them know we appreciate you as well."

She has a lot on her plate, and the headlines will come and go. But Karen Pence says her family and her faith keep her focused.