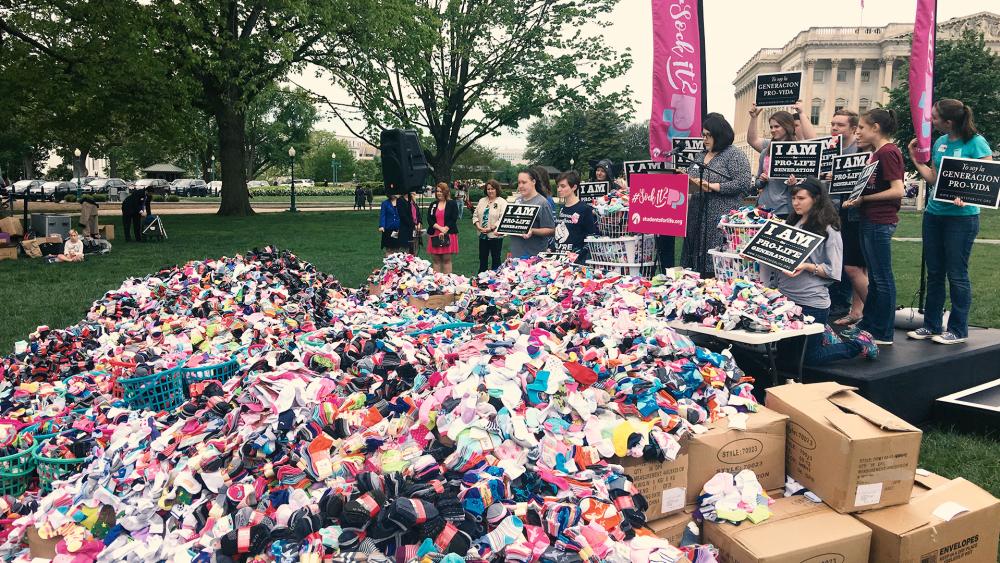 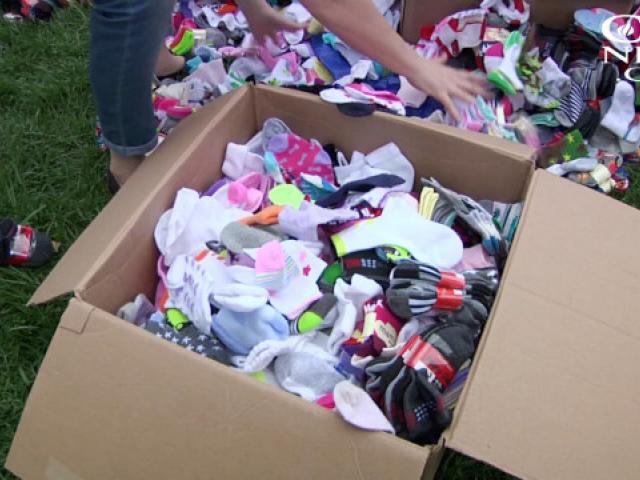 CAPITOL HILL— Pro-life activists put together a vivid visual on Capitol Hill Wednesday: more than 196,000 baby socks spilling out of dozens of baskets piled up on the Capitol Lawn just yards from where Congress meets.

It was a graphic and winsome way to remind Congress what’s at stake in the battle against abortion: little lives. For these are socks the more than 900,000 babies aborted in America will never wear.

Students for Life of America organized the sock-gathering and this Capitol Hill event.

Missy Stone, the organization’s national field director, pointed to the mountain of nearly 200,000 socks and told CBN News, “We are here representing the number of lives that Planned Parenthood takes every year.  And this is only just a little bit more than half. They take 323,999 lives every year through abortion.”

“Our goal is to have one baby sock for every baby Planned Parenthood will abort this year,” said Kristan Hawkins, Students for Life president.

Senator Ben Sasse (R-Nebraska) told the pro-life crowd gathered around the baby socks, “It’s just a devastatingly large number.  And we need to have images like this so people start to reflect on the magnitude of the suffering that’s happening out there.”

Every Day: Another Million Dollars, Another 888 Lives Lost

The main aim of the event is to get Congress off its collective duff and defund Planned Parenthood, America’s largest abortion provider.

Hawkins told those assembled, “Today Planned Parenthood will receive more than a million dollars from us and they will kill 888 children.   That is the reality of our inaction.”

Alison Howard from the Alliance for Defending Freedom noted how many people died in the World War II atomic bombings of Hiroshima and Nagasaki, Japan.

Former congresswoman Marilyn Musgrave told the crowd, “During my entire political career, my highest goal was to defund Planned Parenthood.”

Musgrave said lawmakers have the legislation before them right now to do that short-term.

With a pro-life House majority, a pro-life Senate majority and a pro-life president, Musgrave stated, “We see an opportunity today like I have never seen before for the United States Congress to defund Planned Parenthood for a year, which will be a devastating blow to that organization.”

Hawkins told CBN News, “Our message to Congress is we know you pledged to defund Planned Parenthood, but we want it done now.”