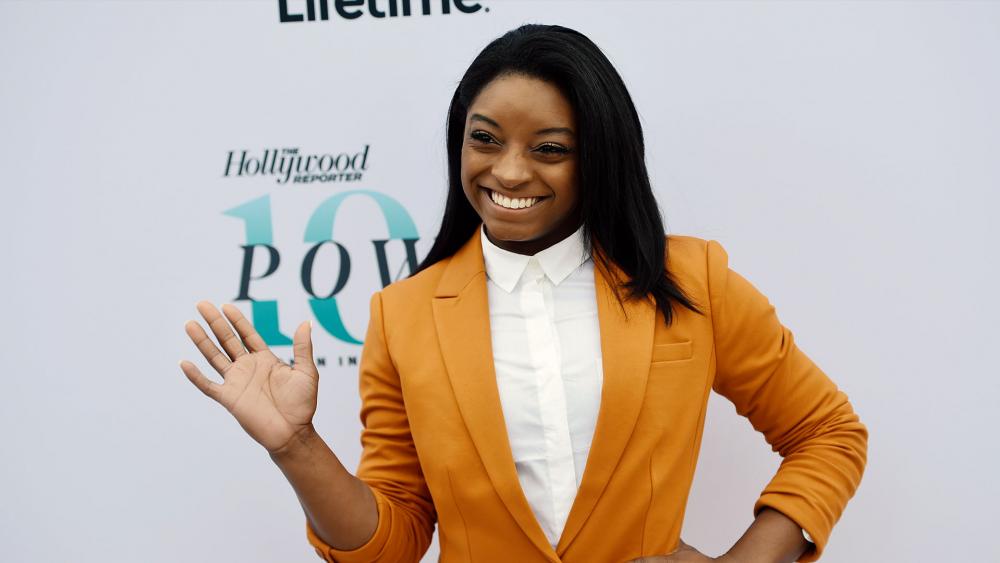 On ABC's "Dancing with the Stars," Olympic gold medalist Simone Biles fought back tears dancing the Viennese waltz to Chris Tomlin's "Good Good Father." The performance was done as a tribute to her adoptive parents, Ron and Nellie Biles.

In an introductory video setting up her dance routine, the 20-year-old gymnast explained how she and her siblings were placed in foster care by their mother, who struggled with addictions to drugs and alcohol. Her biological grandfather began caring for them when Simone was 3 years old.

"Whenever we had visits with my grandpa I was so excited," Biles confided to her professional dancing partner, Sasha Farber. "That was the person I always wanted to see."

When the band concluded the popular worship chorus, Biles ran from center stage to her adopted father for a long, teary-eyed embrace.

Hey @Simone_Biles ... I just heard about what you did on @DancingABC tonite. Well done. You're a champion in so many ways! Much love.

"I just heard what you did," he tweeted. "You're a champion in so many ways! Much love."

The actor and former wrestler chose the traditional hymn to "honor God" and acknowledge his battle against cancer.

Although a crowd favorite, Mr. T was eliminated from the competition in Monday's episode, dubbed "Most Memorable Year."

Stunned ‘Dancing With the Stars’ Judges Left in Tears, Make Proclamations About Faith After Celeb Dances to ‘Amazing Grace’