The Case for Christ: Story of Atheist-Turned-Christian Hits Big Screen 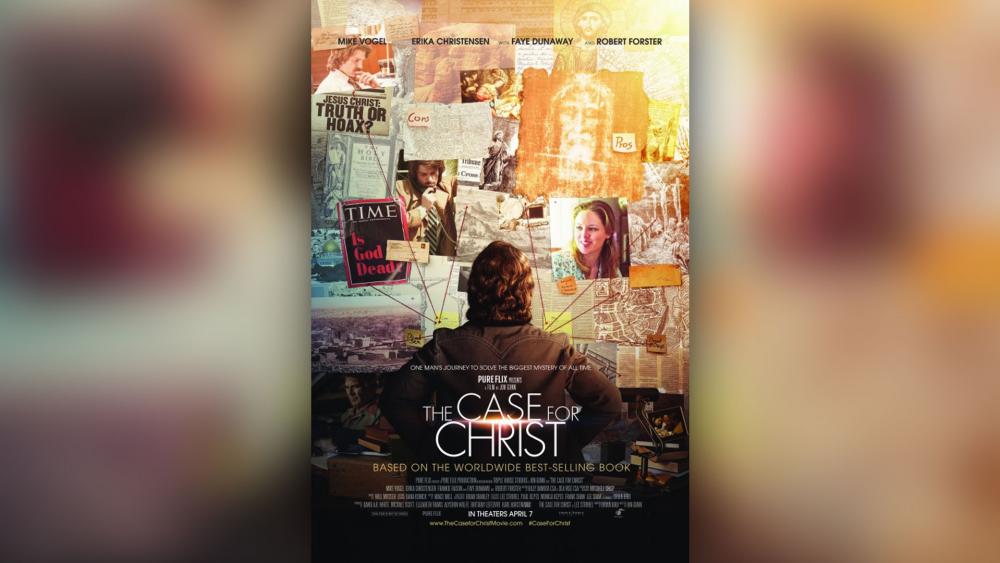 ATLANTA – Lee Strobel was an atheist -- and sworn enemy of religion -- when his wife became a Christian. Her faith put him on a two-year investigation to prove that her faith was a work of fiction. He never could have predicted how that journey would end and the real life tale is now a major motion picture.

Millions read Lee Strobel's The Case for Christ, and now the best-selling book is a movie.

"To see your life put on a screen, not just random things from your life, but those emotional moments of the good, the bad and the ugly, the conflict we had after Leslie became a Christian and I was still an atheist, the arguments, to see that relived is difficult for us to watch," Strobel said.

"There is a scene where Lee has this big argument with his dad, and that happened on the eve of graduation for him, and when the argument was over, he came over to my house, so I heard all about it. But this is the first time I actually observed it," she said.

Lee and Leslie's real life unfolded in the Windy City, Chicago. But production for the Case For Christ film happened in the Atlanta area -- what's often called the "Hollywood of the South."

Our cameras were the only allowed on the set -- a re-creation of the Chicago Tribune newsroom, where Lee, an investigative reporter, began putting faith on trial.

Actor Mike Vogel plays the role of Strobel. The day CBN News talked to him, he was in costume as Strobel from the 1970s, complete with wide tie, shaggy hair, and 70s style mustache.

"This is me doing Lee Strobel in my best Ron Burgundy, you know," Vogel joked.

"It's been fun, and it's great as an actor when you get to do a transformation like this because it really helps throw you into the part," he added.
Lee's transformational story really begins the day his wife falls in love with another man: Jesus.

"Leslie became a Christian and Lee thought his world was ending. She dropped a bomb on him, right. He's very much this radical atheist who had no love for the church, no love for Christianity at all and his wife comes home and says 'I'm a Christian now," film writer Brian Bird said.

Strobel even thought about divorcing his wife after she became a Christian.

"When Leslie told me that she had become a Christian, the first word that went through my mind was "divorce." Because I didn't want to be married to a Christian. I was an atheist and I thought Christianity was based on wishful thinking, on legends, on mythology, on make-believe.... and I didn't want her to turn into some kind of holy roller. Something that I didn't marry. I married the one Leslie, it wasn't in the deal to change, you know. So I just thought 'I'm going to walk out," Strobel said.

But instead of walking out, he launched an investigation. Beyond medicine and science, though, it was the prayer of his wife that led him to the answers he needed.

She refused to stop praying until her husband found the God she had found.

"It really was the positive changes in her character and values that I found to be winsome and attractive over time," Strobel said about his wife.

Strobel said it is not about attacking someone with the facts and answers from the Bible, but it is more about telling the story of Jesus and having a conversation with someone.

"It used to be, you know, in the previous generation that apologetics was all about putting someone up against the wall and machine gunning them with answers. And that doesn't work anymore. It's about a story. Its about a relationship. Its about conversation and dialogue and about relating to each other," Strobel said.

The Heart of the Movie: It's a Love Story

The director of the movie, Jonathan Gunn, says that what drew him to the Strobels was the fact that their story was a love story.

"The love story that's at the heart of this story is what really drew me to it. I loved the fact that this was a story that was taking a very honest approach to faith but that the emotional stakes were embedded in a husband and wife who were separated by her belief and were ultimately brought back together as he finds a common belief," Gunn said.

This is a love story that raises the hard questions, without fear of the answers.