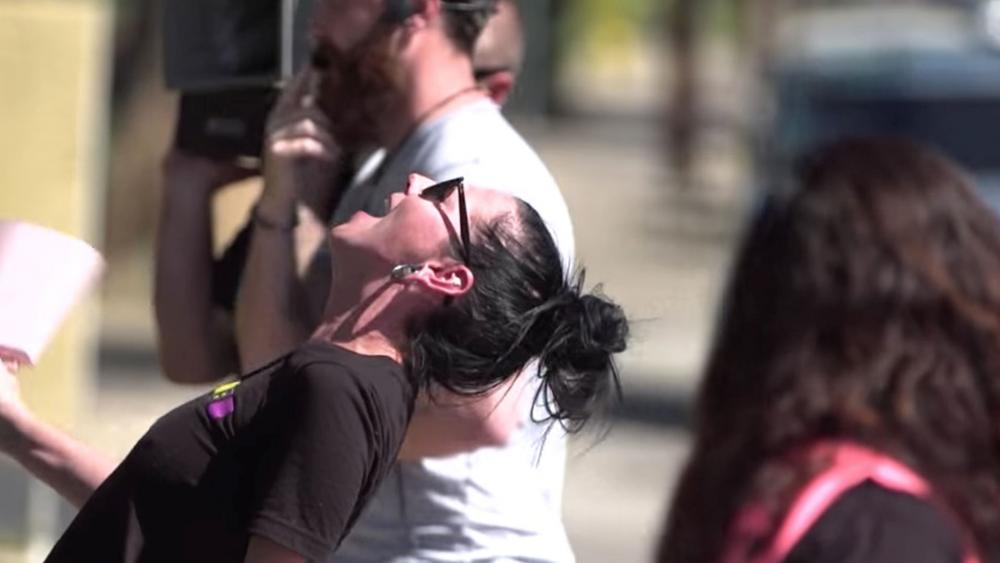 RELATED: ‘What is Being Aborted?’: Watch Things Get Awkward Between Tucker Carlson and Planned Parenthood Rep

The man in the video is Jeff Durbin, who the NY Post recently smeared as an ‘extremist’ hipster pastor, and he regularly stands in front of Planned Parenthood facilities in hopes of convincing women not to go through with potential abortions. While he attempts to have rational conversations, he’s often met with uncontrollable rage, as was the case in this particular video.

He pleads with her to have a coherent conversation, to which she replies with vulgarity and more cowbell.

“I have the ability to engage, but I don’t engage with crazy,” she said, before launching into expletives.

The video clip begins with the woman already disrupting the video, ringing her cowbell incessantly. Durbin asks her if she is a Satanist, and she doesn’t appear to disagree with the label. She then proceeds to cackle wildly and continuously ring the bell for several minutes.

Durbin, pastor of Apologia Church, remains calm throughout while trying to engage in a rational conversation. Durbin calls the interaction something “the world must see” because the mainstream media refuses to show instances such as these in the news.

—‘What is Being Aborted?’: Watch Things Get Awkward Between Tucker Carlson and Planned Parenthood Rep