What Are the Odds? Wisconsin Couple Who Adopted 2 Sets of Twins Has Twins of Their Own 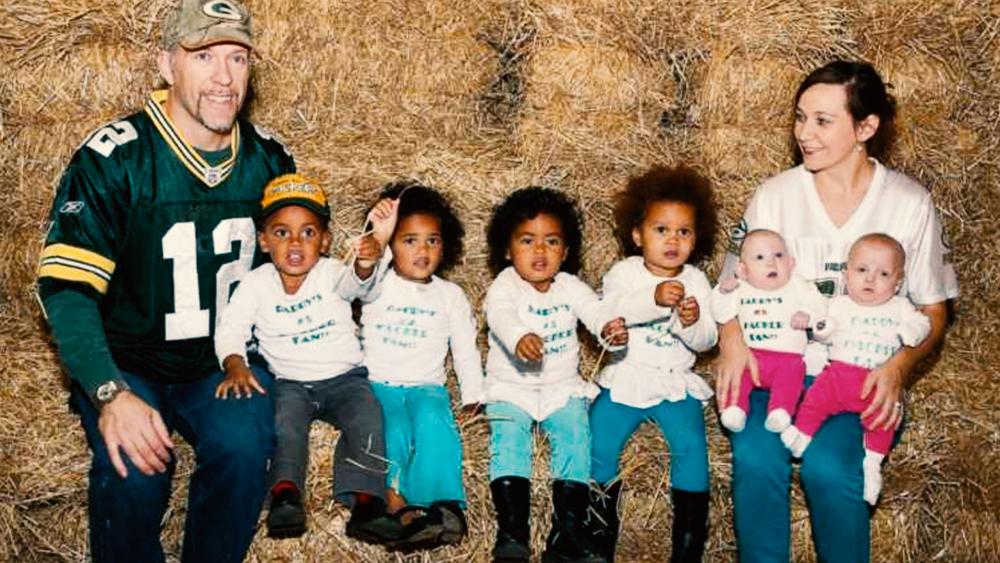 When one Wisconsin couple set out to become parents, they couldn’t predict how quickly they would acquire six children.

Carrie and Craig Kosinski – who live in on a farm in Union Grove – recently gave birth to biological twins while in the process of adopting two more sets of twins, ABC News reported.

If that weren’t enough of a coincidence, all three sets of twins were born on Feb. 28, except in different years.

The couple had always planned to adopt but wanted to have children of their own as well, they told ABC News. But when Carrie, 28, was diagnosed with endometriosis and other health complications that deter ovulation, doctors told the couple they wouldn’t be able to conceive on their own.

“I was adopted myself, and so I grew up in a family of nine. I always wanted a bigger family than that,” she said. “I know how sad you get and lonely, and you just want a family that’s going to love you.”

In July 2013, an acquaintance from high school reached out to the couple to ask if they would like to adopt her twins, who were due to be born February 2014. The mother was already caring for another set of twins, born on that same day in 2012.

The Koskinkis became legal guardians to the newborn twins, Kenna and Adalynn, but a year later, their biological mother called the couple to let them know she had run into financial trouble and asked if they could take on the older set of twins as well.

They agreed and became legal guardians to now 4-year-old JJ and CeCe.

The couple is in the process of officially adopting the two sets of twins, which has proved to be a costly feat. The new parents recently received a $4,000 grant from the One Chance Foundation, created by bestselling author Karen Kingsbury, to help cover the costs.

Kingsbury’s staff was moved by the Kosinski’s story, the author told ABC News.

“These siblings could grow up together — that’s what captured our hearts,” she said. “We were in tears in our office.”

After undergoing IVF treatment, the couple learned they would have children of their own – Clarissa and Karraline – born prematurely this past February.

Understandably, the family of eight is “very, very busy,” these days, Carrie said, adding that there’s “never a dull moment” in the house.

—Want to Adopt? 5 Kansas Children in Need of a Loving Home Are Looking to Be Adopted Together

—‘She’s All I Have Left’: 18-Year-Old Ohio Boy Wants to Adopt Younger Sister After Losing Both Parents