The Challenge: Where God's Word and Wilderness Turn Boys to Men 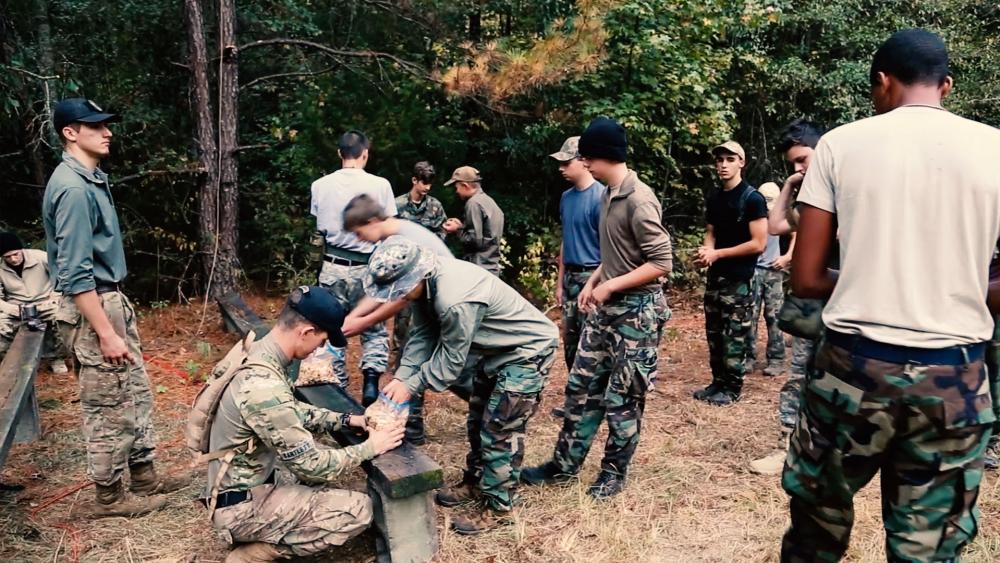 OPELIKA, Ala. – It's 5:00 AM, deep in the Alabama back woods, and the quiet night is about to get very busy.

Twenty young men roll out of their sleeping bags and begin a week-long adventure that will push them to the very limits of their endurance.

It's called "The Challenge." It's a training camp aimed at giving boys a good look inside themselves and a good idea of what it will take to become a man.

These boys have come from as far away as Wyoming for this team-building training that's difficult to get anywhere else. The Timothy Group has been around since the year 2000 and the training they do out here in the Alabama woods has not changed since then.

Ellenis is one of the oldest in the current class. Most are between 14 and 17.

"I believe this is really going to help me. I will face different challenges, maybe at my job or with my family getting married, different stuff like that," he said.

"They're looking at the details, and this here is building me to look at my every move like what am I doing, why am I doing it, looking for my purpose," he added.

"If you can do it outdoors, the Timothy Group wants to teach that," said Bruce Stansbury, Major (ret.) US Air Force, who heads up the program.

"By age nine a young man is trying to fit or assess how life is supposed to work and so we want to get the word of God into that young man's heart right away. And so our goal is to build a legion of young men in America, that when they go off to college, when they go into the workplace, when they go to school they can impact their environment instead of this world impacting them," he said.

"A lot of folks ask us, because we do military-type training, are you a military indoctrination program? And we're not, we just use that to catch the attention of the young man," said Stansbury.

"We do weapons training, not to make them a marksman, I could care less if they ever pick up a weapon again. The spiritual lesson we want them to learn is the importance of listening and obedience," Stansbury added.

Joseph McGowan came through the course as a student, and then went on to the military and now serves as a policeman in Garland, Texas. He's back this class as an instructor.

"As young men we tend to think we are invincible, tend to think a lot higher of ourselves than we really are. And when you face challenges, and you realize you can't do it and you need others,.. that's an opportunity for God to come in and say, Okay, but you could be so much more as long as you partner with me and partner with other men," Mcgowan said.

Getting Out of Their Comfort Zone and Allowing God to Move

"The issue with our society right now is that we're becoming softer and softer, we're shying away from hard things, we're being told that masculinity in general is something that we should go ahead and put away," he added.

"Bringing them out here it gives us an opportunity to pull them away from that comfort zone and…push them hard, hoping that they realize that they are capable of a lot more and that they need others in order to hopefully motivate the students to say 'I can be that now.' It's pushing yourself and allowing God to take over and move you places," said Stansbury.

Some of those who have graduated from this course have gone on to the military and other service professions. And recently a group of graduates headed to Iraq to provide medical care and support to those engaged in the fight against ISIS. The Timothy Group is hoping many like minded young men will step up and help make a difference for America and around the world.

But Stansbury says making them into manly men isn't solely the greatest thing, but instead it is about getting them to understand the word of God.

"Getting the word of God into a young man through outdoor adventure, that is the best of all three worlds."