Draining the VA Swamp: These Are the Victories for Vets Under Trump 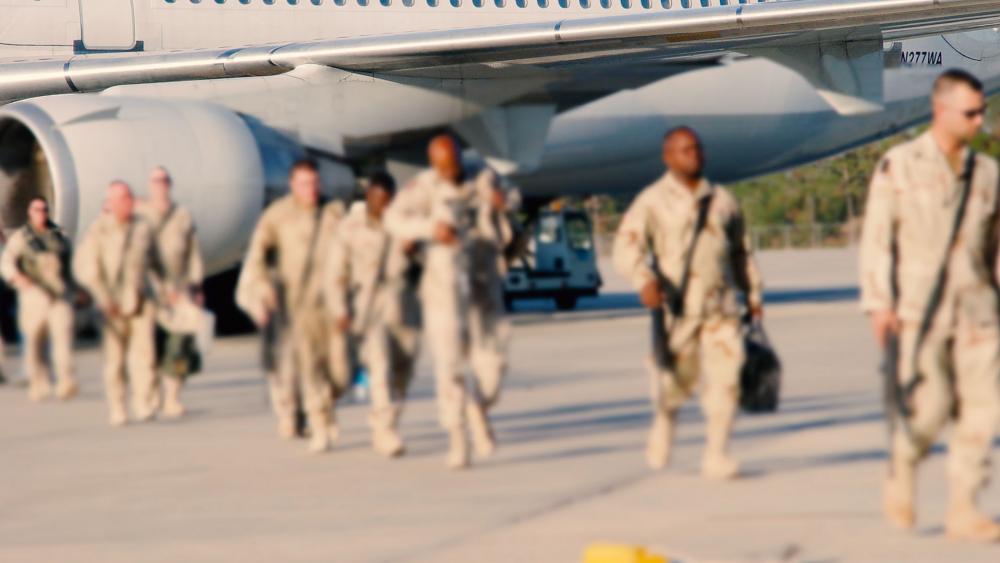 WASHINGTON – The Washington D.C. "swamp" contains plenty of political poison, but one Trump administration cabinet member is getting raves for rising above the partisan divide. As Secretary of Veteran Affairs, David Shulkin is at the center of one of President Trump's biggest achievements.

On television and the web these days, news coverage of the Trump White House clearly focuses on the negative, palace intrigue and what's not getting done. But when it comes to fighting for America's veterans, it's an entirely different story. A lot of credit goes to Secretary Shulkin, who first served under President Obama and now President Trump.

"I think with this president, he treats this as a business and says, 'Listen, here are the objectives, we have to do better, I don't have much patience, I want to see it get done, go out and do the job,'" Shulkin tells CBN News.

The job is certainly getting done. While priorities like tax reform and health care remain on the presidential "to-do" list, the VA is marching forward. Many new laws have been signed and that is good news for the more than 20 million veterans. Among them is one that streamlines the appeals process so veterans get their disability benefits faster. It's been a major problem.

"We all recognize that it has taken too long to get veterans decisions," Shulkin says. "If somebody is disabled because of their service they deserve to get the benefits that we want to give them right away so we are working to decrease that time. A couple years ago we had 611,000 veterans waiting for a decision more than 125 days. Today, that's about 86,000 so we've made progress but not enough."

Another new law is the "Forever GI Bill," where veterans can now freely pursue educational opportunities with no timing restrictions.

"Instead of having a 15-year limit, now it's forever," Shulkin says. "We think veterans should be able to expand their knowledge and get education at any point in their lives to make them better. Better employees and better citizens. That's something we're really proud of."

Another sore spot has been the long waits veterans face before seeing a doctor. During the presidential campaign, Donald Trump constantly told voters that, "every veteran will get timely access to top quality medical care."  That is now coming true with a new law allowing the VA to open nearly 30 new clinics and also continue to fund and improve the popular 'choice program' where veterans can see a private doctor on the government's dime.

"What this is going to result in is the ability of veterans to be able to have even greater access, greater choice in their health care decisions," Shulkin tells CBN News. "We think that not only improves access to care but it improves the quality of the care."

Draining the 'VA Swamp' of Mismanagement and Poor Performance

Shulkin will also be able to 'drain' the VA of employees whose poor performance and mismanagement led to poor treatment for vets. A new law makes it easier to remove those workers and encourage others to blow the whistle on malpractice.

The president is counting on Shulkin to clean up the mess and the Yale-educated doctor has not disappointed. He has a good track record when it comes to medical care, having been named in the past as one of the 50 most influential physician executives in the country. With those stellar credentials, it's not surprising to learn that Shulkin was the only Trump cabinet member receiving unanimous confirmation in the Senate, 100 to zero.

Shulkin takes the humble approach to that feat.

"I don't think that's so much a reflection on me. I think it's a reflection on the way that Congress and the country feels about doing better for our veterans. When it comes to that, there aren't Democrats or Republicans, we're all Americans. When you go off and defend the country you're doing it as an American so there should be bi-partisan support."

Veterans issues are pretty much the only area where Democrats have lined up alongside President Trump and in Secretary Shulkin both parties believe they have the right man. That made a recent decision stand out even more. Shulkin was chosen as the "designated survivor" at February's State of the Union address.

"I wasn't able to talk to my kids and family until actually the time of the State of the Union speech," Shulkin tells CBN News. "People should feel confident and proud of the redundancy that we have in this government, the commitment that we have to keeping this government going no matter what would happen even in the ultimate catastrophe. To be able to watch that and see that up front and to have a little part in that, I walked away feeling very proud to be an American."

President Trump can point to Shulkin as a man he's pretty proud of too, considering all that's getting done at the VA and for veterans in this country.