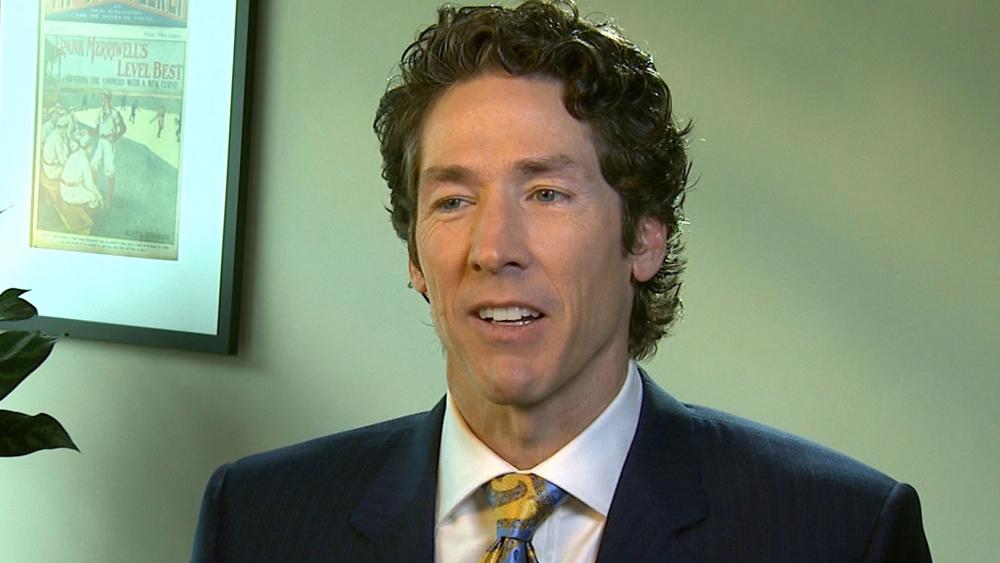 As Pastor Joel Osteen and his church face mounting criticism for not immediately hosting Houstonians fleeing their homes in the wake of Hurricane Harvey, representatives are speaking out to provide additional background and context.

Don Iloff, a spokesperson for Lakewood Church, told Faithwire late on Monday night that the house of worship has been in touch with city and county officials in recent days and has been planning outreach efforts.

But considering that the church’s building — inside what was once the Compaq Center sports arena — is prone to flooding, Iloff said that Lakewood chose to instead focus its energies on the ways in which the church could serve as a food and resource distribution center, among other outreach efforts.

Our hearts break as we see the damage and destruction in our city. Please join us in helping Houston recover. Visit https://t.co/jXMX5VB3qS pic.twitter.com/00HtzOmeQL

And considering that Houston officials had set up shelters throughout the city — including a massive location at the George R. Brown Convention Center just five miles from Lakewood — Iloff said that the church had planned to host people in the event that those locations were full or at capacity.

“We had warning with this storm, so they set up shelters around the city … that convention center is 5 or 6 times bigger [than Lakewood],” he told Faithwire. “They set that up with everything from the cots, food, triage.”

Iloff also noted that, while Lakewood was more than willing to make-do and house people, unlike the convention center, Lakewood has “no showers” and no kitchen, making the church more of an emergency shelter than anything else. Initially, the church waited to hear from city officials and planned to respond if needed.

Still, Iloff continuously affirmed that the bigger issue that impacted the decision to not immediately serve as a shelter centered on the building’s history of flooding.

“The fact is that we knew that we could not put anyone on the bottom floor,” he said, noting that the first floor is where the most space exists for housing flood victims. “We were very concerned about putting anyone on that bottom floor given the history.”

Another eyewitness account from a Houstonian regarding the "flooding" of @JoelOsteen's Lakewood Church. Asked not to be named. pic.twitter.com/Q40nTbP6rR

And though there has been much debate on social media about whether Lakewood experienced any flooding during Hurricane Harvey, photos provided by the church — as well as Iloff’s own account — point to water creeping up the floodgates on the lower level.

With more rain slated to come down in Houston over this past weekend, Iloff said Lakewood didn’t want to endanger people, especially if there was enough room in the shelter system.

But he reaffirmed that church leaders did ask government officials to let them know if and when the time came for a greater need for shelter for victims impacted by the storm.

No such request had reportedly been made before controversy surrounding Osteen and the church broke out on social media and quickly went viral.

“We were on the phone with the city … they said the shelters are fine at the moment,” he said. “We basically said we can put [a few hundred] people on the second level [and the] city said, ‘We’ll get back with you.’ We are prepared to house those people.”

Controversy initially broke out after a photo was shared on Twitter that appeared to show that the church wasn’t extensively flooded, though it is unclear when that image was taken. On Sunday, Lakewood took to its Facebook page to explain that the church wouldn’t be open for services and offered up a list of available shelters.

“Dear Houstonians! Lakewood Church is inaccessible due to severe flooding!” the message read. “We want to help make sure you are safe. Please see the list below for safe shelters around our city, and please share this with those in need!”

Front of @JoelOsteen's huge Lakewood Church in Houston at 11 am. Closed due to "flooding". Person who took it asked to be anonymous. pic.twitter.com/gOndOncFuC

Iloff said that the one detail being overlooked in the current narrative is that Lakewood has a “history of sheltering people,” pointing back to Tropical Storm Allison, which devastated the region back in 2001. The church, which was still in its former location and hadn’t yet moved to the arena, housed 3,000 people and became the largest shelter in the city.

It should be noted that, at the time, the Compaq Center (where Lakewood now resides) did cancel sports events in the wake of the tropical storm, with extensive flooding being reported by the Lawrence Journal-World.

So, flooding fears on the part of Osteen’s team weren’t exactly unfounded:

When Jerry McDonald arrived at the arena that’s home of the Houston Comets and the Houston Rockets, he was stunned.

Flood waters from torrential rains brought by Tropical Storm Allison had inundated the Compaq Center, where McDonald is general manager.

“The court was floating in water four feet off the ground,” McDonald said.

As for the current debate over Lakewood’s response, numerous news reports noted that some Lakewood staff members also needed to be rescued amid the chaotic flood scene.

And Iloff added another detail that he felt was important to emphasize: “The [church] doors have never been locked.”

In fact, while Iloff believes the media narrative painted a picture in which scores of people were coming to the church and being turned away, he said that, until around 2 p.m. on Monday, access to the church was difficult due to flooding and that only three people had come to the church doors thus far; those people were assisted, he said.

Lakewood Church is now working with Samaritan’s Purse and has launched a fund to raise money that will strictly be used for hurricane relief, Iloff said.

The church also plans to coordinate distribution outreaches, offering baby formula, adult diapers and other supplies to members of the public.

Iloff, who said the church was already coordinating with Samaritan’s Purse before debate broke out over the initial decision not to house people, said that he believes Lakewood Church is perfectly situated to help people in the community pick up the pieces of their life after the waters recede — and that this was always the plan.

“Where we really focus our efforts … is on the aftermath of this thing,” he said. “We’re going to be dealing with this for years to come. This is when peoples’ lives need to be put back together.”

A photo emerged on Monday evening that purported to show that the church was setting up air-mattresses. And while Iloff said he could confirm that the image was taken inside the church, he had not been able to reach the church administrator to confirm the timing or purpose of those air mattresses.

Lakewood Church apparently bought countless air mattresses and are prepping to open their doors. Took a while but good news.#JoelOsteen pic.twitter.com/MYXf1HqAbF

Osteen himself also released a statement on Monday, saying that the church is “prepared to shelter people.” His statement came amid reports that the George R. Brown Convention Center was over capacity on Monday night.

“We have never closed our doors. We will continue to be a distribution center for those in need.  We are prepared to shelter people once the cities and county shelters reach capacity,” he said. “Lakewood will be a value to the community in the aftermath of this storm in helping our fellow citizens rebuild their lives.”