Lightning Strike Leaves Church with a Symbol of Faith 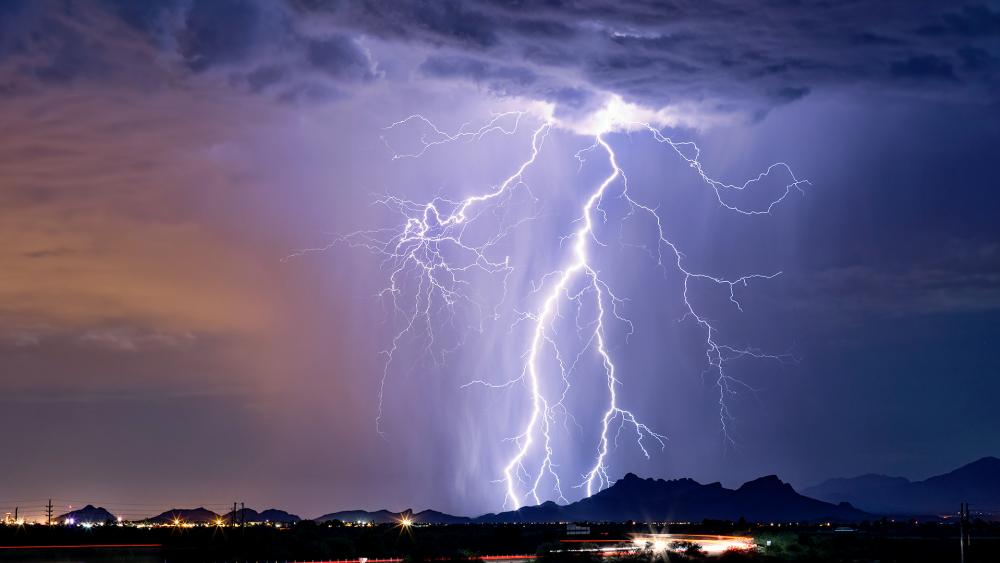 A painting of Jesus in The Holy Apostles Orthodox Christian Church in Bixby, Oklahoma was hit by lightning in a recent storm.

But the picture of Christ was unaffected, and the only thing damaged was the word, "death" in a verse surrounding the circular image.

"The damage didn't touch the face of the Lord," said Father Ambrose Arrington according to KJRH news. "It damaged the image but it didn't actually touch the Lord's face. If you look at the script, the text around the icon, it's from Psalm 119. 'He looked down from the height of His sanctuary to hear the groaning of the prisoner to release those appointed to death.'"

The storm hit August 6, ironically, the same day the orthodox churches observe the feast of the transfiguration of Christ - a celebration of Jesus showing his disciples his divine nature.

Hymns are a part of the celebration.

"The very first thing we sing is this, from Psalm 76, 'The voice of thy thunder was heard in the whirlwind, thy lightning shone upon the inhabited earth, the earth trembled and shook,'" said Arrington.

Arrington hopes the incident sparks change in people. He says the church decided to leave the damage as a symbol.

"I would hope the people that don't believe — they would see it and have their attention seized and begin to see there is something to it, because for us it clearly indicates that God is present," he said.

He was personally impacted by it too.

"This kind of thing has a way of galvanizing us, refocusing us," Arrington also said. "Yes, God is here. He sent us a reminder. I have one life and it doesn't last forever. It's time for me to rededicate myself to Him."