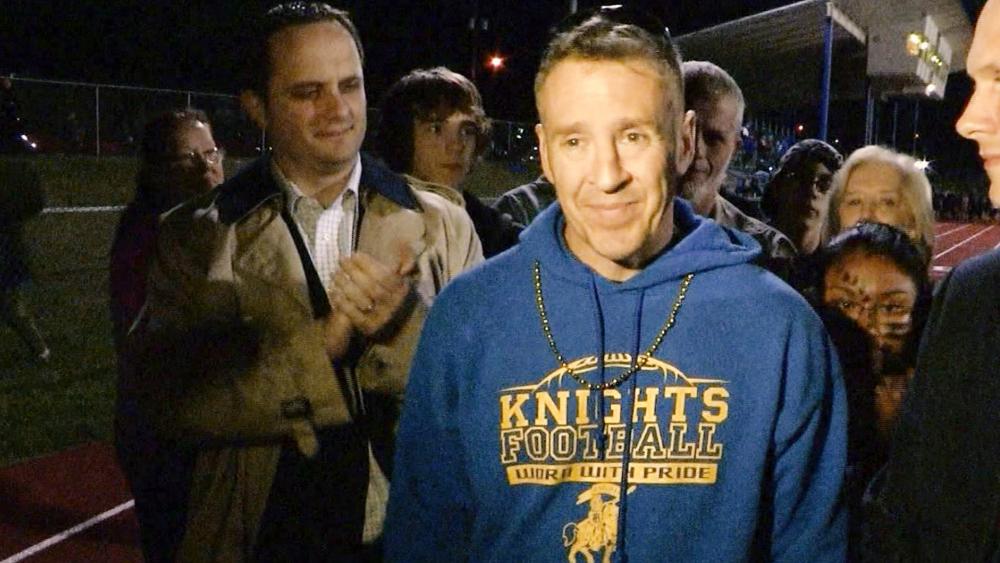 A federal appeals court agreed with a lower court's ruling not to allow Coach Joe Kennedy to return to his job at a Washington high school.

The Bremerton School District dismissed Coach Kennedy after he refused to stop praying at mid-field after football games.

Kennedy is suing the district on religious freedom grounds.

He also sought a ruling against the district because he wanted to return to work until the suit is decided.

Wednesday, a three-judge panel of the 9th Circuit Court of Appeals, one of the most liberal courts in the country, ruled against the coach.

Coach Kennedy says the prayers were purely a voluntary post-game option for students who wanted to participate.

But Judge Milan Smith wrote for the court that Kennedy "took advantage of his position to press his particular views upon the impressionable and captive minds before him."

The religious-freedom law firm First Liberty Institute is representing Kennedy in the case. The group criticized the court's decision, saying that by its logic, coaches would not be allowed to bow their head in prayer or make a sign of the cross when players get hurt.

"Banning all coaches from praying individually in public just because they can be seen is wrong," First Liberty President Kelly Shackelford said in a statement. "This is not the America contemplated by our Constitution."

The case has drawn broad national attention, and President Donald Trump even showed his support for Kennedy by featuring him at a campaign event in Virginia last October.

Last year, Kennedy told CBN News the post-game prayers had been a good thing for the young football players because they helped to bring peace after the games.

"After a game the tensions are still pretty high, you know these kids are pretty emotional about losing or winning," he said.

"And so just that moment of peace afterwards, of thanks, it's always been a great thing throughout our entire football league, and for it to be something bad, it kind of shocked everyone," Kennedy said.